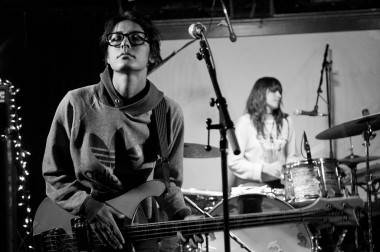 Another “Sold Out” sign marked the door of the Biltmore Cabaret last night for Warpaint‘s second show at the venue in two years. In 2009, they attracted a hefty following in Vancouver while opening for School of Seven Bells. Their legion of fans seemed to multiply like rabbits since the release of their first LP, The Fool, and the intimate room just couldn’t accommodate all the hipsters hoping to get in at the last minute.

I squeezed in just as openers PVT (formerly Pivot, the vowels were later deemed unnecessary) were struggling through a rather lengthy sound check, causing them to rush through their time slot. The Australian three-piece arrived in North America just a few days earlier, and will be attached to Warpaint’s hip as they tour together for the next two months. [New York State-based Family Band opened the evening.] 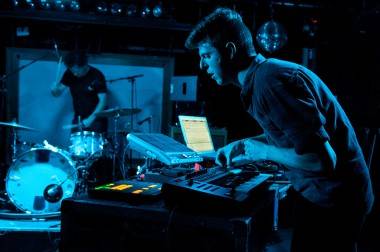 The experimental-garage group, consisting of brothers Richard and Laurence Pike and close friend Dave Miller, jolted the crowd with thrusting electronic numbers like “Church With No Magic”, a favourite on music blogs. With an unshakable beat, “Window” seemed to get the best reaction from the audience, finally causing a modicum of movement on the dancefloor.Â For the most part, people appeared entranced by PVT’s darker and more lateral compositions, creating a pensive air in the den-like space.

Nineties West Coast hip-hop blasted through speakers as Warpaint prepared for their turn on stage, lightening the atmosphere of the show. Apart from their California roots, the band couldn’t be any more different from the likes of Snoop Dogg and Tupac.

Beginning with abstract tunes like “Set Your Arms Down” and “Warpaint”, the all-female group were more in line with art-rock bands like Life Without Buildings and Blonde Redhead. The youthful and soothing tone of vocalists and guitarists Emily Kokal and Theresa Wayman were extremely alluring on “Shadows” and “Undertow”, both the night’s biggest crowd-pleasers.

Drummer Stella Mozgawa and bassist Jenny Lee Lindberg picked up the energy on “Composure”, a progressive and poetic number that showcased the girls’ technical abilities. However, the most impressive point in the evening came when Warpaint busted out “Billie Holiday”. The group actually composed the track in Deep Cove when they stayed in town for a few months with ex-drummer Shannyn Sossamon (star of films like A Knight’s Tale and 40 Days and 40 Nights) while she was working on a horror film. 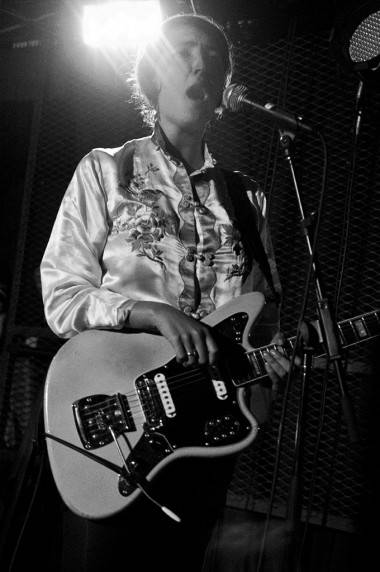 Sampling the lyrics from Smokey Robinson‘s “My Guy”, the group took the pop melody in a more complex and downbeat direction, making for one of the most surprising covers you’ll ever come across. Their spin on the 60’s R&B favourite was complete evidence of the intelligent and fearless approach Warpaint has with their music. I’m looking forward to the musical twists and turns they take as their career progresses. 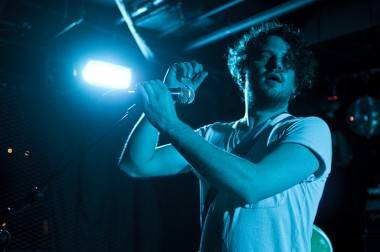 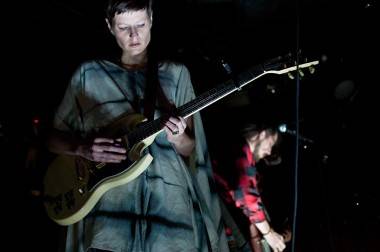 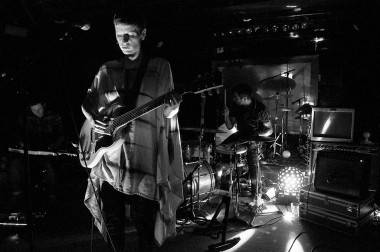 One response to “Warpaint at the Biltmore Cabaret”