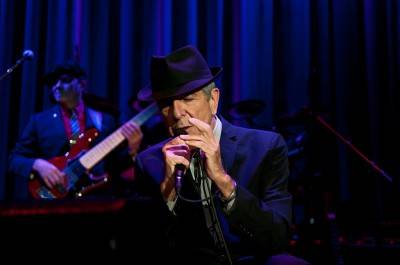 Leonard Cohen played Vancouver last night, and though we were too slow on the up-take to snag a reviewer’s ticket, we were able to get a photo pass (for the first song only). Photog Ashley Tanasiychuk told us, “Seeing the man, even for just one song, was glorious.”

Cohen’s most recent album of new material was 2004’s Dear Heather. The 76-year-old Montrealer released his first album in 1967. He is also a novelist and poet.

Twitter also had nothing but nice things to say…

“Leonard Cohen tonight: ‘I may not come this way again, but I promise that tonight we’re gonna give you everything we got.'” – Lilac_la