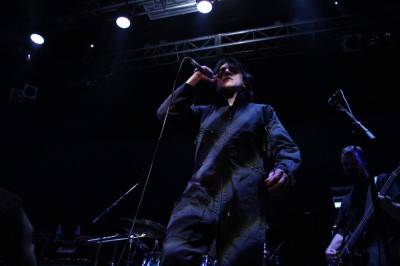 A few folks on Twitter insisted the Killing Joke concert was going to be one of the shows of the year. It was the first time the band was touring with its original lineup since 1982 (!)*, and the new album, Absolute Dissent, rocks hard (I actually paid to download it, and almost don’t regret not asking for a freebie from the record label). But we ended up leaving Killing Joke’s Dec 14 Vancouver show halfway through.

Once the thrill of seeing the kabuki-mask-like visage of Jaz Coleman wore off, and the band settled into a heavy but comfortable mid-tempo industrial groove, the excitement of seeing these grizzled vets of the UK punk rock scene dissipated. Maybe the last-minute loss of long-time bassist Youth, who had had to bow out of the tour due to a family emergency, took away some vital ingredient in the Killing Joke chemistry. Or maybe it took a long-time fan to fully appreciate what it was we were seeing. Anyway, Killing Joke’s Venue appearance probably wasn’t one of the shows of the year, but it made for one of the best photo galleries of the year: 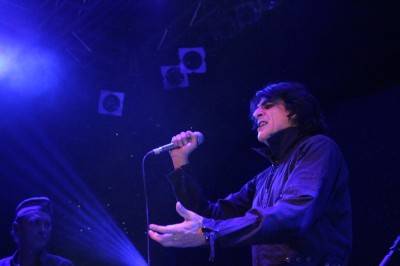 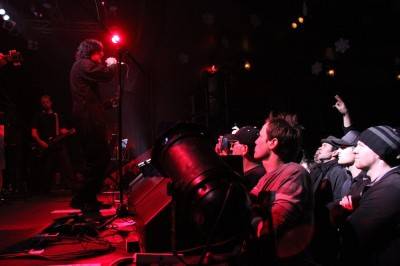 *I have since been corrected on this score – the band, including Youth, apparently did tour in 2008, but didn’t play Vancouver.

2 responses to “Killing Joke at Venue”