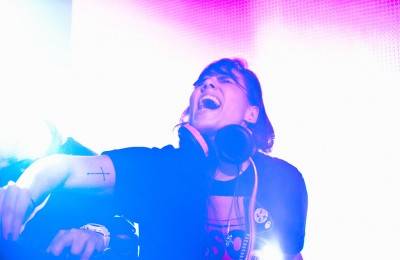 Well, if Red Bull wanted to cement the idea that they know how to throw a party, they more than succeeded last night with the audio visual extravaganza called Megahurtz.

Held in partnership with W2 (quickly becoming Vancouver’s new flagship for art and music), the five-hour event packed in a dozen musical acts ranging from dance and dubstep DJs to a live hip hop outfit and an electronica-art group with a singer cloaking his face in a shroud.

With two rooms operating simultaneously from beginning to end, Megahurtz left no one unsatisfied. Although Detroit’s Black Milk and Sao Paulo’s Mixhell stole the evening (the crowd went ballistic for Black Milk’s energetic live hip hop, and security couldn’t keep a hundred fans off the stage after MixHell worked them into an animalistic frenzy), the music was solid all night – not a single disappointment. 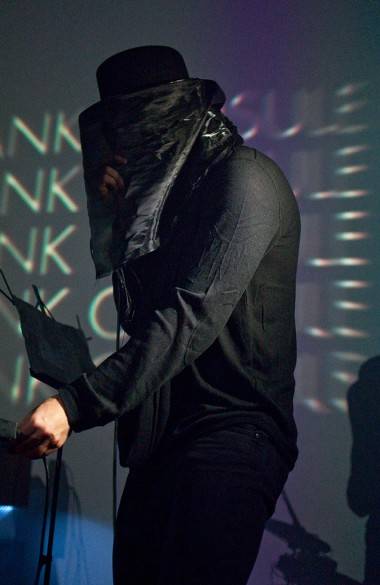 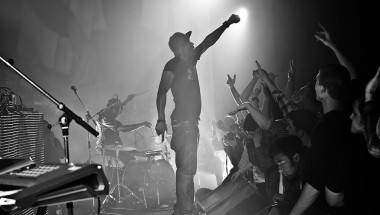 The visuals were huge and intense, especially in Room 1, which was bookended by ten-foot high light boards which displayed the band’s name, a rotating Red Bull logo, and more. Unfortunately, the glasses handed out for the 3D visuals in Room 2 were apparently too cheap to actually give the desired pop-out effect. Instead, party goers wore 3D glasses as fashion statements as they watched blurred red and blue visuals. 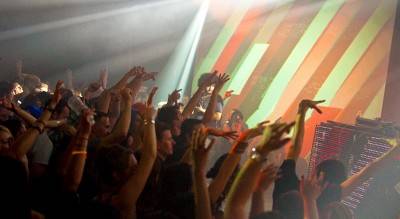 Other than the minor disappointment of those 3D visuals, Megahurtz was a huge success. Every one of the dozen performing acts fed off of the high-energy, sexy, immensely appreciative crowd all night, returning the feeling with high quality, pulsating creativity, resulting in a perfect Saturday evening in Vancouver. 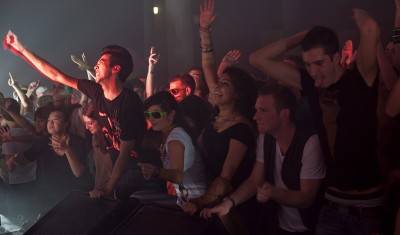