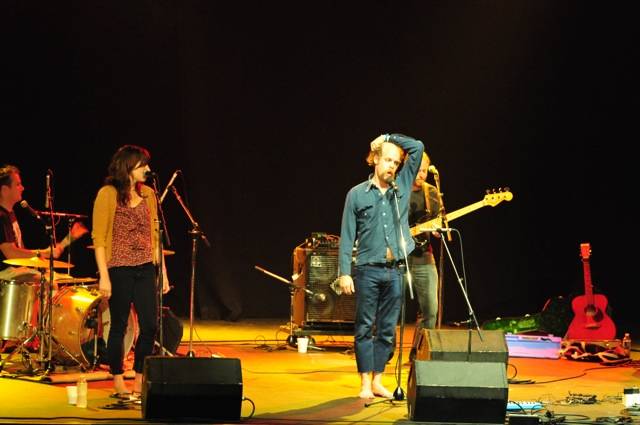 Review – Bonnie Prince Billy and the Cairo Gang at the Rickshaw Theatre, Aug 11 2010

“When you look at me / I double in size” sang Bonnie “Prince” Billy in his introductory song of the evening. It was a cover song (didn’t catch whose, unfortunately), but it was a perfect way for the enigmatic folk singer-songwriter to present himself to the hushed and reverent crowd. Though it might have been an ambiguous sexual reference, it also pointed to his larger-than-life stage presence, amplified by his excellent posture, a one-size-too-small shirt, and his precise, controlled body movements that suggest coils of potential energy. Not to mention his voluminous moustache and bare feet he proudly displayed. If I were to place Bonnie “Prince” Billy in an alternate fairy-tale universe, he would be a sort of strange giant meandering through the woods, the ears of wolves and rabbits pricking up and turning towards his melancholy (but never pitiful) croon. 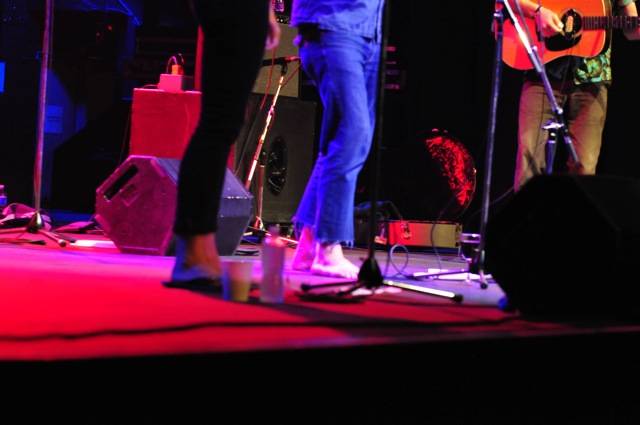 The Wonder Show of the World is the 20th album by Will Oldham, who has been releasing consistently strong albums under a few guises – Palace Brothers, Palace Music – before settling on Bonnie “Prince” Billy for most of his recent output. This moniker allows him a kind of storyteller’s distance, to be disarmingly raw and honest without ever seeming cloying or over-sentimental. Its hard to know how much of Oldham is in the “Prince” but if you accept the paradox that one can reveal more about oneself by inhabiting an invented character, its easy to look to the stage and see a man standing there with his heart open to us all.

Collaborating on the new album and accompanying him on tour are the Cairo Gang, which is mainly guitarist and singer Emmett Kelly, who has been playing with Oldham for a while now. But Wonder Show sees Kelly as more of a collaborator and singer on the new songs. His strengths were evident in the unexpected melodic swerves that take place in such songs as “Troublesome Houses” and sweeping acoustics of “That’s What Our Love Is”, which really brought out the best of Oldham’s unique stylings, and simultaneously pushing him into deeper musical territory. The result is songwriting at its finest and most generous.

The rest of the band contributed vocals, most notably Vancouver’s Ashley Webber, who was a strong sultry presence on Bonnie “Prince” Billy‘s stellar album Lie Down In The Light. One of her lines in the grand and exhibitionistic song “So Everyone” – “I have a little magic left in me/how to make a one like you swoon” – seemed to have the intended affect on Oldham, who pranced around the stage, beaming at her. It was clear to see the pleasure that all of them were getting out of playing with each other, often exchanging wide-eyed glances at particularly hair-raising moments. 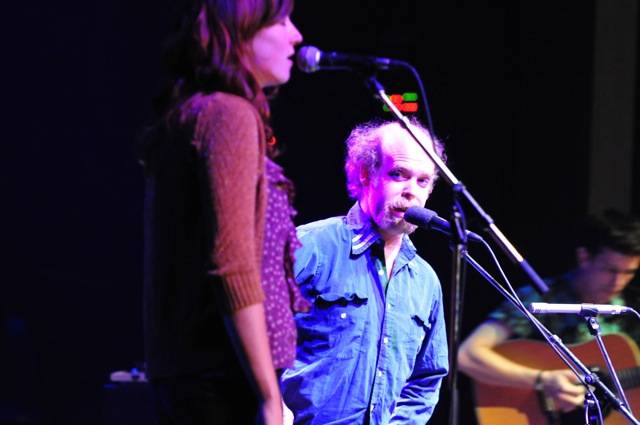 And there were a lot of those moments, from the chorus of the restrained and soulful “Teach Me to Bear You” (Oldham keeping himself religiously still while delivering the chorus) to his charming duet with Webber in “You Want that Picture”. The in-between banter – a little history about George Vancouver’s mattress-making wife (probably made up), and a show they played in New Zealand where there were penguins underneath the stage (he said we could verify this on our iPhones) – was funny and charming, giving the chance for the audience to come down from the emotional heights of the songs.

For the encore, Oldham and the Cairo Gang returned with one of Bonnie “Prince” Billy‘s most known songs, the Johnny Cash-covered “I See A Darkness”, which was a beautiful resolve to the thread of darkness that had weaved itself through few of the songs that evening. Also, I felt like I was hearing the song for the first time, the chorus sung unexpected gently with the band’s sweet harmonies. With the crowd spellbound, the band continued with “With Cornstalks Or Among Them”, which filled the reverb-rich Vogue Theatre wonderfully (Oldham expressed how great it sounded in there right after). 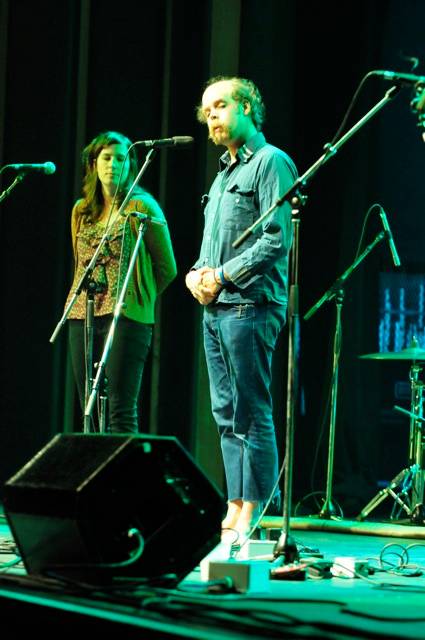 I’ve been gushing a bit for this review, I know, so I’ll throw in a few slight negatives. The drummer for the band was lacklustre (especially compared to Dirty Three drummer, Jim White, who played with Bonnie “Prince” Billy on the lastÂ  tour) and I couldn’t really get into the melodicaÂ that Oldham idly picked up now and then during songs. Still, it did sort of work as an amusing prop for him to play with. 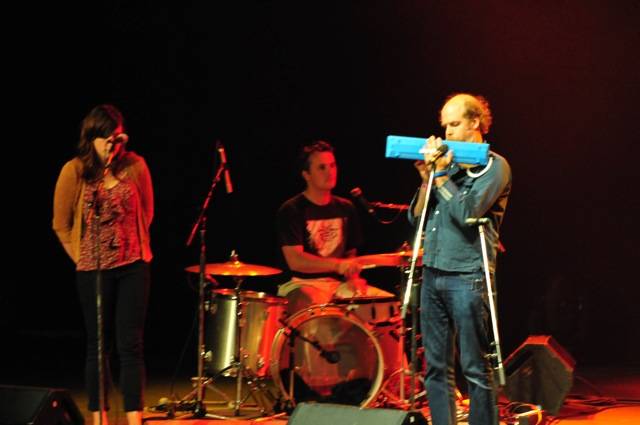 Beaming with some of my friends after the show, each remarked on how at various moments in the evening it seemed like Oldham was staring at them directly in the eye. and I wondered if almost everyone in the audience might have claimed the same thing. Maybe a trick of the light or perspective – like those portraits that keep eye contact no matter where you are in the room -Â  but in spirit, in any case, it rang true for all of us lucky to catch one of the summer’s most magical and intimate concerts so far.