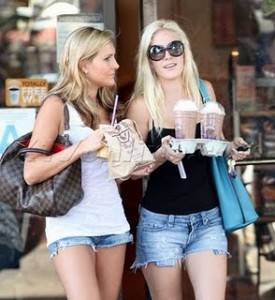 You might need to get out your Xanax, Prozac, Adderall, Ritalin, Percocet, bottle of Jack, methamphetamine, airplane glue, or whatever it is that is probably slowly killing you but gets you through this confusing and meaningless life, because Scurrilous Ephemera today is all about death and disaster. Except one excellent happy thing! That will come last.

So, yes, just like you will inevitably do one day (maybe soon!), celebrities are dying off in droves – it’s like totally the cool new thing right now. Dennis Hopper succumbed to prostate cancer, Gary Coleman bonked his head and died mysteriously, Brittany Murphy’s creepy husband: also dead. Now Rue McClanahan has been cruelly ripped from life’s embrace at the tender age of 76 (Betty White is so totally feeling bad about that thing she said now). Anyho, here we are left to ponder eternity and pick up the broken pieces of our lives without these people.

Also sad and depressing: that massive oil spill in the Gulf of Mexico that has by now killed millions of creatures, destroyed delicate marine and marshland eco-systems forever and ruined the vacations of lots of old people. Jacques Cousteau’s hot grandson went diving into the morass and came up speechless and in tears at the devastation. The Deepwater Horizon will eternally be synonymous with epic disaster and BP with monumental failure and callous disregard of life on earth in the name of money. There is no silver lining here, though hopefully it will cause a re-consideration of the consequences of drilling off the coast of B.C. Because what if they did find massive oil reserves there and then the province becomes the new Dubai, with every citizen worth hundreds of millions of dollars until the Americans decide to invade and all of a sudden Sarah Palin is our leader and Sex and the City 8: Cougar Maneuver in Vancouver starts filming, and the world collapses in on itself. The end.

And now for some even worse news for those people whose will to live hasn’t been completely drained yet: Heidi and Spencer have broken up. I know! Seriously, if those two can’t make it work than what’s the point of anything? Heidi is moving in with some friend named Bunney and they will have a reality show. Though this seems to awful to be true, it must be because Heidi and Bunney or whoever she is went to a park and were photographed heroically attempting to make frowny faces while staring pensively into a reflecting pool which is actually an abyss of transcendent sadness and despair from which we may not escape.

But just as you feel you will be overwhelmed by all this tragedy, there is hope. It comes in the form of Posh Spice’s cute new haircut. It’s so chic! It’s kind of fun and flirty and really suits her face. There is reason to go on! Also, that Keyboard Cat! So why don’t you stop being so morose, get out of your funk and watch that Keyboard Cat play his little heart out on YouTube. Then go buy an electric car, swear off plastic bags and turn that frown upside down Mister Grumpy. Or just take your meds. 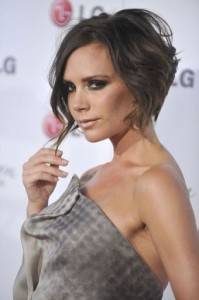