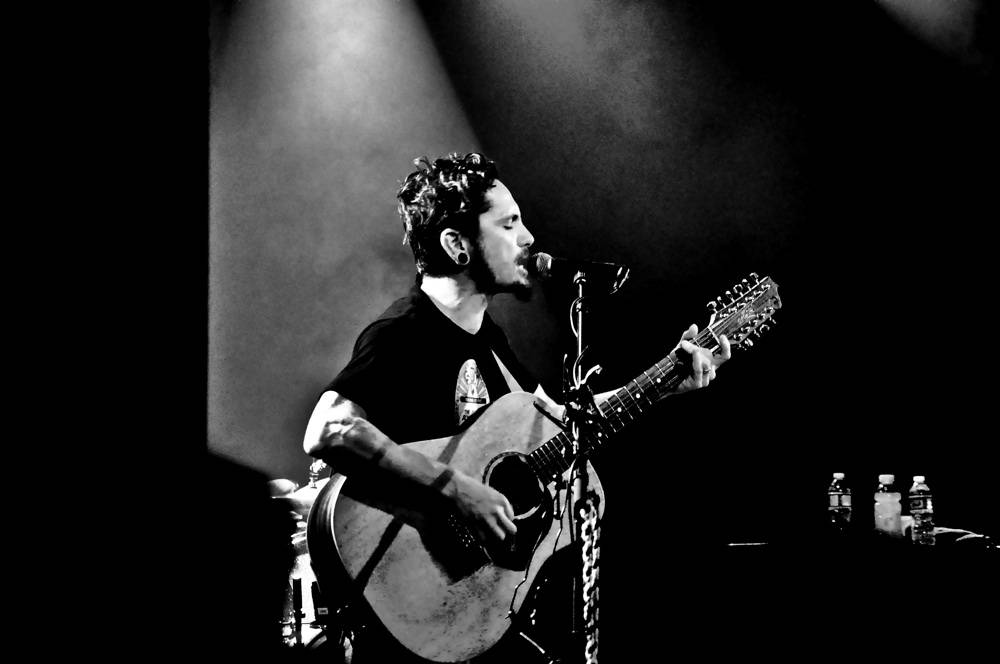 Sunday night’s show at the Commodore Ballroom, the second of two sold-out appearances, was the fifth time I’d seen Australia’s John Butler Trio in less than three years – once each in Seattle and Bellingham, twice at the Commodore and once at Malkin Bowl in Stanley Park. It might be an understatement to say I’m just the average fan. I blame it on the Pacific Islander I live with.

This show was a bit different. The trio was made up of two new members, and I have to say I was going to the show feeling a bit disappointed that drummer Michael Barker and bassist Shannon Birchall are no more (due to creative differences), but I was willing to give the new boys a chance.

Opening back-to-back shows in Vancouver for JBT was State Radio, a three-piece from Boston. High energy reggae and elements of punk filled the dance floor as people bounced back and forth among a sea of bobbing heads. Unfortunately, I spent most of their set on the phone trying to get a photo pass for my accompanying photographer because there wasn’t one at the door (thanks to the awesome guys on security and Tom at Live Nation, for making it happen)! But I am definitely going to do some future listening to these guys.

Finally, after a couple over-priced bottles of beer (and some gnarly service), John Butler, drummer Nicky Bomba and bassist Byron Luiters walked onto stage, acknowledged the spiritual land they were playing on and then kicked things off with “High” from the 2007 John Butler Trio album, Grand National.

The next song was one of their new ones, “I’d Do Anything (Soldier’s Lament)” from April Uprising. The new material still sounds very distinctly John Butler Trio, but with a more electric, harder edge. Then it was back to older material with “Daniella”, a song about his wife Danielle Caruana (known as Mama Kin in the music world), with Butler pulling out the harmonica, and “Better Than”, where the front man switched to banjo, while Luiters traded his bass guitar for an upright.

Of course, it couldn’t be a JBT gig without an extended, emotional version of “Ocean”. A favourite amongst fans and one of the most singularly awesome instrumental tracks ever, this 11-string guitar solo can last anywhere from five to 16 minutes in length and brings grown men to tears. The crowd never fails to go insane as the song picks up in speed and intensity while John Butler‘s fingers fly and hammer away on the guitar with unreal dexterity. By the time the song reaches its climax, the music is almost drowned out by the appreciative crowd. It gives me goose bumps every time.

With the final notes played just after midnight, the John Butler Trio wrapped up the night with a three-song encore that included “Peaches and Cream”, “One Way Road” and “Funky Tonight”, leaving fans with an ultimate high after a perfect split between old and new songs.

While the new bandmates were awesome, impressed musically and looked pretty stoked to be there, it was definitely weird not having the old guys around. The new trio seems a bit like “John Butler accompanied by” while the old trio seemed more like equal thirds. Not that Butler didn’t give the guys plenty of solo time when he left the stage for a bit, but it will likely take some time to find their individual performing styles and personalities. In the past, it was hard to miss that giant New Zealander (Michael Barker) wrapped around the drum kit, sweat pouring and arms flying.

But, just like the death of his 10-year-old dreads, we resist, we mourn and then we move on because it is still the same John.