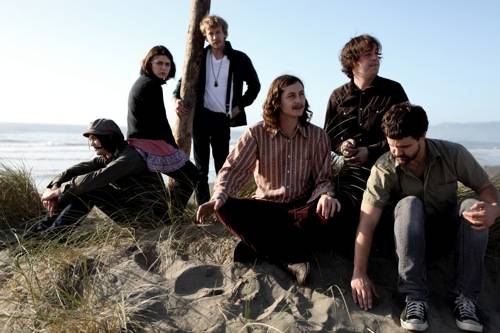 Sleepy Sun is a Northern California sextet with two albums to its credit – Embrace and the latest, Fever. On both,Â Bret Constantino trades off vocals with Rachel Fannan while the band members dip into the same feedback trough as psychedelic bands of days gone by, from ’90s acts like Loop and Bardo Pond to ’70s pioneers such as Krautrock band Cluster (mentioned in the following interview) and probably a whole lot more I’m not catching. The group has opened for and/or played with Autolux, Mudhoney, Slipknot and Arctic Monkeys.

We reached Constantino at his family’s home before he headed over to a cabin to rehearse with the rest of Sleepy Sun for a Fever headlining tour kicking off June 10 at the Great American Music Hall in San Francisco. Justin Bieber, occult imagery and the band’s Vancouver connection were among theÂ  topics of discussion. 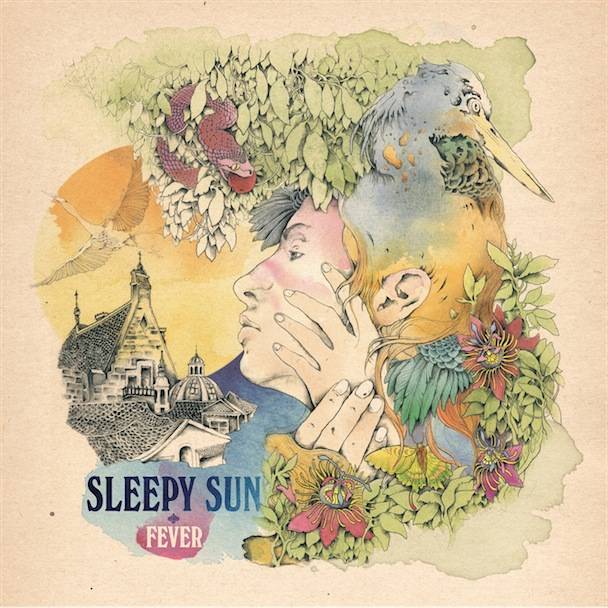 Shawn Conner: “Psychedelic” is a term that seems to be getting applied to you guys a lot. Are you comfortable with that?

Bret Constantino: Sure, whatever works; words are just symbols obviously, especially pertaining to music, they’re highly subjective. What psychedelic means to me is a term to describe a feeling or state of consciousness, and that can be induced through many different ways. Some types of music bring people there and others don’t…Â  You know that young pop star Justin Beiber? Some of my friends showed me Justin Beiber on Saturday Night Live on Youtube and at the end of that performance I could not think of any other words to describe what I saw other than “psychedelic”. Because honestly I didn’t know what to think of it. My jaw just dropped to the ground. What that guy is trying to express is so otherworldy, from my perspective. I mean it’s kind of sad – I didn’t know whether to be offended or motivated by his positive vibe. He couldn’t dance really but he could kind of sing. And it’s all the more strange because of how much of a craze there is over him. And I think that’s what’s happening to the word “psychedelic” – it’s being blown out of proportion, and people are labeling things “psychedelic” when it’s related to personal experience and connections. People call that band MGMT psychedelic, and maybe to them it is, but to me it isn’t.

SC: The “Open Eyes” video is full of occult imagery – is there any rhyme or reason to it or is it just a random hodgepodge of cool visual ideas?

BC: I’m not the one to talk about that. We just contracted that out to a friend of ours. He just took the reigns on that and interpreted what he did for the song. He works for commercials, and he’s definitely aware of the psychedelic movement, and the notion of using supernatural themes. The purpose of the video is not to provide a complement to the audio so much as it is to promote the song… We ran into some trouble asking friends to do videos for the last record so we decided this time to let it be more of a promotional tool. Not to say the video doesn’t have any creative or artistic integrity, but the connection we have to it is miniscule. There are some pretty hot babes in the video though, huh?

SC: This Graham Nash cover you recorded, “Chicago” – I hadn’t realized I’d heard the song before and then I played your version.

BC: That was the same experience I had with it. Britt [Govea] curated that album [Be Yourself: A Tribute to Graham Nash] as far as I know and assigned each track to the artist he thought would do it justice. He asked if we would tackle “Chicago” and we just love to be a part of everything Britt [a San Francisco promoter] does, it was an honour he asked us. I wasn’t so familiar with Nash’s solo records before this collaboration. And then when we tackled the cover, it was in between tours, we did it with Colin Stewart again, the producer who worked on Embrace and Fever. We really didn’t have much time to arrange it or rehearse it, we just did it on the spot in the studio.

BC: He’s in Burnaby. We were just fans of some of the bands he recorded, we liked his style. We were pretty young and naive when we first approached him. We just called him up and said, “Hey, we’re young and naive, let us come and record with you.” And having an open heart he invited us in and we demo’d a couple of different sessions there. And as soon as we graduated college in Santa Cruz we wrote Embrace and committed to recording a record up there and put everything we had into it. Since then we’ve become great friends with Colin. He’s a big part of what Sleepy Sun’s recordings thus far. 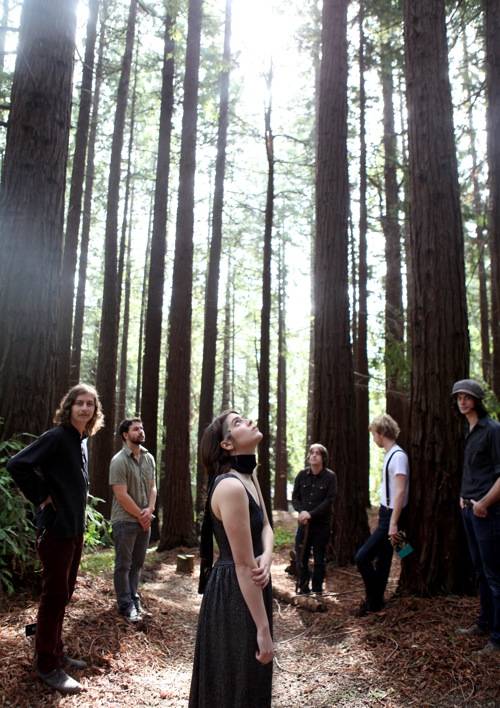