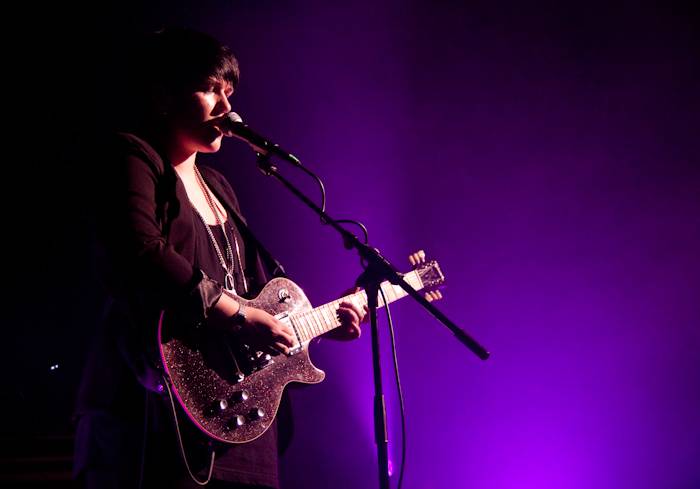 The xx has rapidly become a favourite band of many. Going into the Commodore for the group’s second Vancouver appearance (the first was opening for Friendly Fires at the same venue Nov 26) with nothing more to go on except the group’s Myspace page and knowing they are young and British, I was more curious than anything. And, an hour after The xx (hate the name, btw) took the stage, I was still somewhat flabbergasted.

Sure, they’re clean-guitar, deadpan-vocal sound is both nostalgic yet contemporary; and yes, The xx can write a decent (if moody and one-note) song. But there was nothing in the trio’s understated performance Tuesday night to auger a second coming of, say, Joy Division or those awful twits The Cure; I couldn’t help but feel, to paraphrase The Smiths, they just haven’t earned it yet, baby. The pasty-faced, black-garbed Brits came across as nothing more than this year’s British band du jour, and the best that can be said about the show was the band performed cleanly and tightly, and were finished within an hour.

I hope The xx proves me wrong and writes a smashing second album. 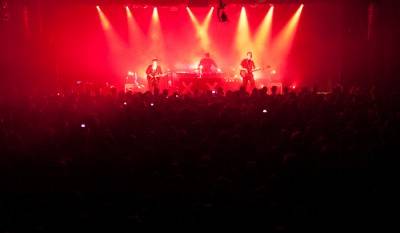 The XX at the Commodore Ballroom, April 13 2010. Jessica Bardosh photo

For all those people burning with rage because they’re not going to Coachella, and even those who are, there’s consolation to be had in the fact that some stellar acts are playing sideshows in Vancouver. Like The xx! Some say the U.K. trio is over-hyped, others reckon the band to be a disappointment, but I would say it was definitely working the Commodore crowd on Tuesday night (April 13).

The lighting during the aptly-titled opener “Intro” was super effective in grabbing everyone’s attention and establishing the tone for the show. For a band short a member following Baria Qureshi‘s departure, The xx did a great job holding itself together, and came across as well-rehearsed, skipping banter in favour of launching into the next song and carrying the mood over. Apart from a cover of Kyla’s “Do You Mind?”, most songs were lifted off The xx’s debut album and played faithfully to the original. The exception was “Infinity”, which really showed the band’s potential to transform a song into something really great when played live. Here’s hoping these guys are more than a one-trick pony and play as well as or better than this show the next time they roll through town.

The xx at the Commodore BallroomÂ setlist: