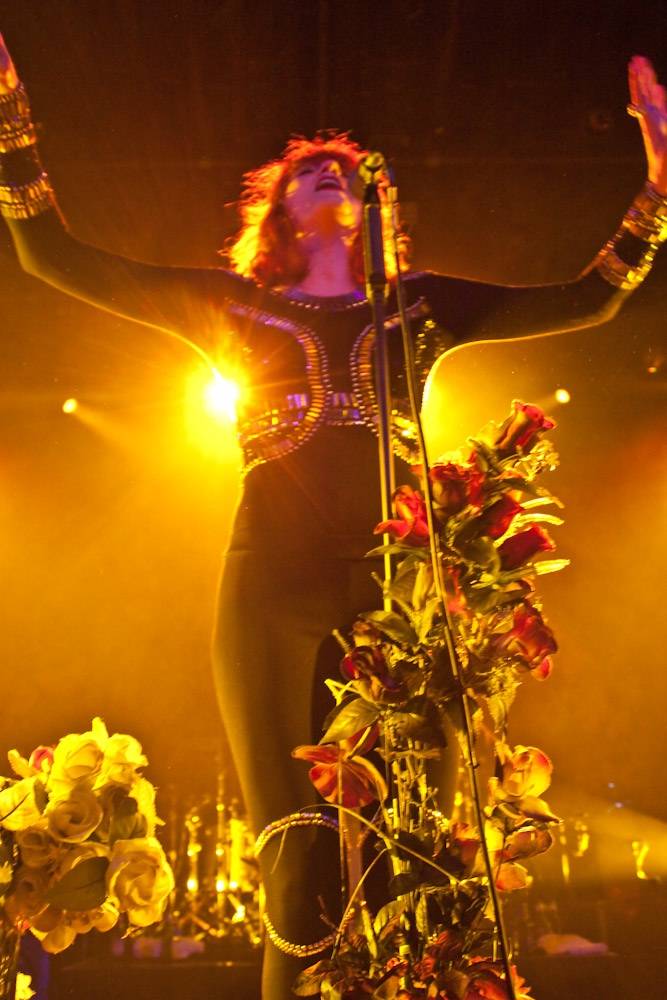 Florence and the Machine at the Commodore, April 14 2010. Lana Maytak photo

Florence and the Machine at the Commodore Ballroom, Vancouver, April 14 2010

The Commodore Ballroom is probably starting to seem like a second home for avid Vancouver concert-goers; from Corinne Bailey Rae (Friday, April 9) to Sia (Sat) to Passion Pit (Sun) to Miike Snow (Mon) to the XX (Tues), the last several days have seen a cornucopia of talent light up the venerable institution’s stage. Having only attended the previous night’s (the XX) show, I can’t say for sure, but I’m pretty certain none of those shows could’ve quite prepared anyone for Florence and the Machine‘s Vancouver debut.

Full disclosure: I feel I was too distracted for the first half of the show to give a full accounting. I can say that a friend was very excited to hear “Hardest of Hearts”, her fave track off Florence and the Machine‘s debut Lungs; but it wasn’t until mid-point that I was able to retreat to the side of the room for some much-needed perspective.

By then, the London-based Florence Welch was directing her six-piece band and 900+ audience into the high energy portion of the evening, which included soulful pop juggernauts “Dog Days Are Over” and “You’ve Got the Love”. 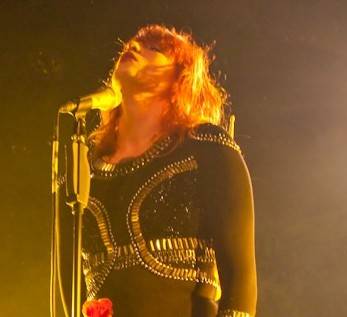 A day before, I’d been told Welch wasn’t doing day-of-show interviews so she could preserve her voice, which I thought was just a line because the record company was worried I’d demand she follow me on Twitter (sorry, Sia!). But after hearing the flame-haired singer howl these tunes, I can see the wisdom of saving it all for the show, especially these final, phenomenal moments.

After a brief pause, Florence and the Machine returned with “Kiss With a Fist”, their best-known song and, live, a truly killer, aggressive rocker, and “Rabbit Heart”. With nothing but a debut album to draw from, Welch and her band made every moment count, and squeezed the most drama, emotion and humanity they could from each song, leaving us to wonder: if she’s this good at 23, why doesn’t everyone else just stop?

Holy Hail drove nearly 40 hours, from Chicago (where the New York four-piece had opened for Florence and the Machine two nights before) to make the show. Fronted by the alluring Cat Hartwell, the group’s half-hour set began with a moody, shifting opener and moved to, among other songs, the tough New York singalong pop of “Good Intentions”. 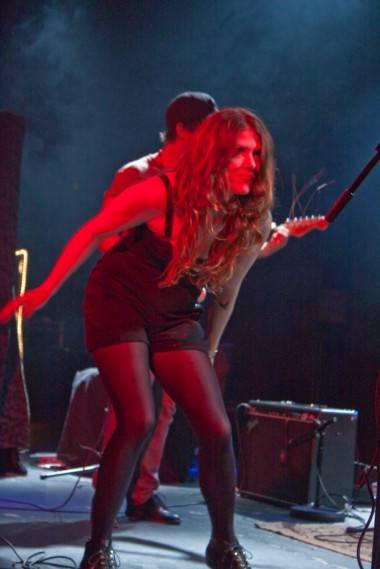 The set ended with a sweet, nostalgic portion of Jane’s Addiction‘s “Jane Says”; if the band was exhausted from all that driving, the musicians didn’t show it.

More Florence and the Machine at the Commodore Ballroom photos:

One response to “Florence and the Machine at the Commodore Ballroom”