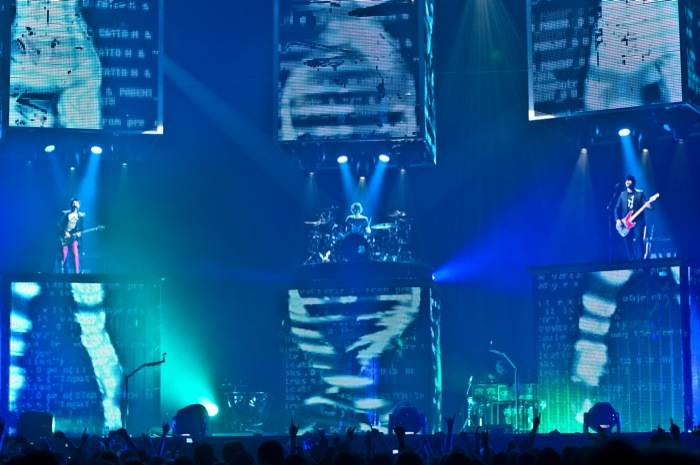 Review and photosÂ -Â Muse at the Pacific Coliseum, April 1 2010

Muse, the British alternative rock trio consisting of Matthew Bellamy, Christopher Wolstenholme, and Dominic Howard, have been hailed on numerous occasions as the greatest live band in the world. Who would have the audacity to stake such a claim?

Presented by 99.3 the FOX, the group played the Pacific Coliseum, a decent-sized arena venue that was up to the task of housing the impressive visual hardware and setup that has been a part ofÂ Muse’s ongoing Resistance Tour. As the lights dimmed and the LED effects started to light up, there was an air of uncertainty as we wondered – will the extravagant stage design somehow overwhelm or clash withÂ Muse’s proven strength as a live band? The claim of “the best live band on earth” still lingered in many minds.

As the music began, it soon became very apparent how Muse could have earned such a title. It is not through the great musicianship, dominating stage presence or their rocking (literally) song transitions, nor their fusion of many music genres that they have garnered such a claim by critics. Don’t get me wrong, Muse is topnotch in their proficiency on all the points mentioned above. However, the three members have one special skill as a band that elevates them to another level: they are masters at amplifying the atmosphere, ambiance, and emotions of a song in a live setting. 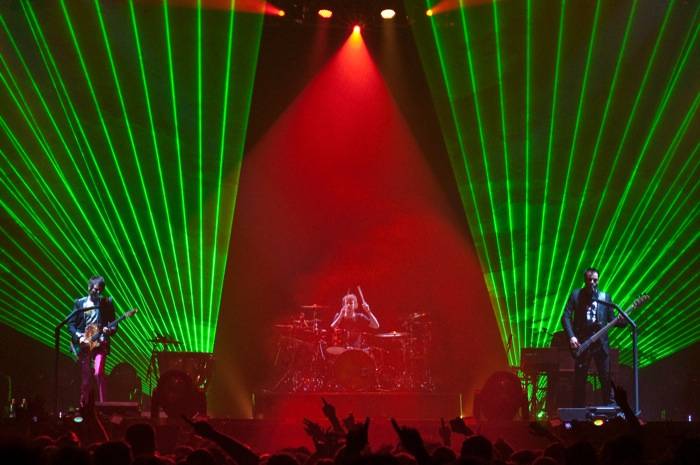 Everything from their stage presence to the LED visuals caters so delicately to the specific song they are performing. From the galvanizing anthem “United States of Eurasia”, to the serenity of “Exogenesis – Symphony Pt.1”, and the schizophrenic mood of “Knights of Cydonia” – each moment was thoroughly engrossing. Bellamy’s stage antics, the well-timed floor tom hit synced to the video… every minute detail is intentional, and used to great effect.

The 19-song set-list was a powerhouse, with a tasteful blend of material from their last three releases. With countless various exclamations of “that was the best show ever!” over excited cell phone calls, it is safe to say that Muse is definitely a contender for the title of “best live band in the world”, should there ever be a contest of that sort. 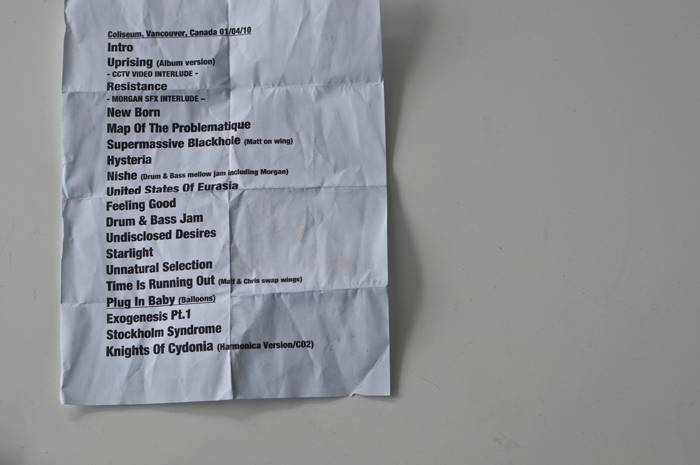