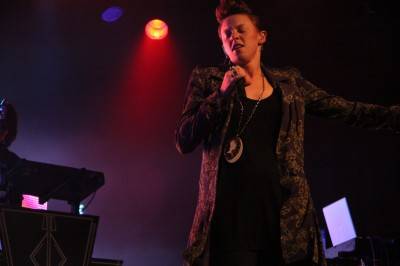 As most people’s weekend came to a close, their more energetic counterparts had just begun carousing at the Commodore Ballroom for La Roux’s much anticipated return. The neon- and sequined-clad audience members were bursting with an enviable amount of energy even before opener Piper Davis hit the stage. 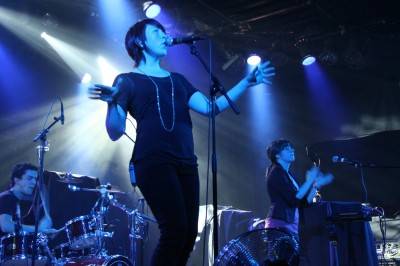 You would think that the electro-rock musician would have reveled in their excitement as the former Vancouverite opened the show in front of a hometown audience. Quite the opposite – she maintained a stoic presence throughout the short set. The lively, bluesy-techno melodies of the bass-heavy songs she delivered were mismatched by the pissed-off look planted on her face.

On the other hand, her cohorts on the synthesizer and drums seemed to take more pleasure in their performance, dancing and humming along while performing “Academics” (featured on Mixed Tape 19 of the Mercedes Benz Compilation). Recalling the beat and chord progression of Cindy Lauper’s “Girls Just Wanna Have Fun”, the tune rallied some more serious dance moves from the crowd. Davis ended her portion of the evening with a sarcastic smile and forced curtsy, despite the level of enthusiasm that the audience showered on her.

In preparation for La Roux, the production crew expanded the musical equipment onstage to a set-up worthy of the rising London-based synth-pop duo, co-writer/co-producer Ben Langmaid and his creative partner and frontwoman, Eleanor Jackson. With “La Roux” flashing in bright lights, Jackson appeared dressed in a severely structured blazer and sporting a red faux hawk. Her androgynous swagger and cartoonish hair channeled a cross between Tilda Swinton and Tintin.

Shortly after the first song, the band experienced some technical difficulties, allowing the singer some time to express her appreciation for the rambunctious crowd. She proclaimed, “I like this city for reasons I can’t think of,” which elicited high-pitched screams from the audience.

The crowd grew exponentially rowdier as La Roux leaped into “I’m Not Your Toy”. The synthesized melody used a timpani effect that brightened the song and inspired fans to shake their best assets on top of whatever tables and chairs they could scrounge up. Their vigor did not let up as the band performed “Quicksand”, which displayed the precision and range of Jackson’s voice.

The Nintendo- sounding motifs heard on “As If By Magic” had one audience member and her fanny pack grinding on the dance floor. At this point, I was convinced that I had fallen into the hot tub time machine and would never resurface. The time warp continued as La Roux offered their unique rendition of Â “Under My Thumb”, adding staccato keyboards and digital snare drumming to transform the original rustic, rock sentiments of the Rolling Stones classic into an electropop dance anthem. 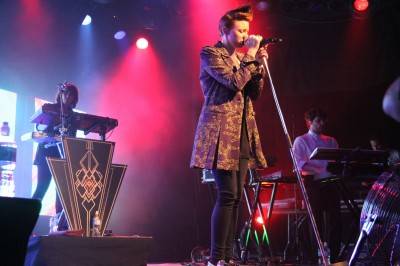 La Roux then pacified its fans with “Cover My Eyes”, the only mellow track on its self-titled record.Â  The synthesizers mimicked a dreamy chime choir as Jackson poignantly sang, “Everytime you leave with her, something inside me dies”.Â  They decided to end the evening with their more well-known hits, “Fascination” and “Bulletproof”, which had several ladies abandon their sky-high heels to jump along to the songs’ bouncy rhythms. The sci-fi, space cowboy feel of “Bulletproof” inspired one overeager fan to climb on top of the banister directly behind me and throw down some gymnastic moves, accidentally kicking my head in the process.

I certainly could not keep up with the hyperactive crowd and was ready to turn into a pumpkin by the time the show ended at midnight. But even as I was winding down with a decaf double double at home, I found myself absentmindedly bopping along to “In For the Kill”, fully comprehending the infectious and affecting nature of La Roux. 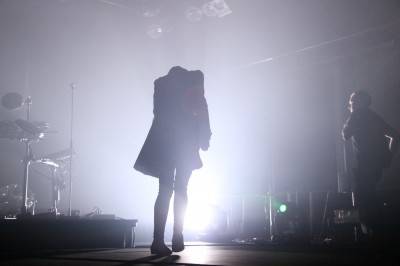