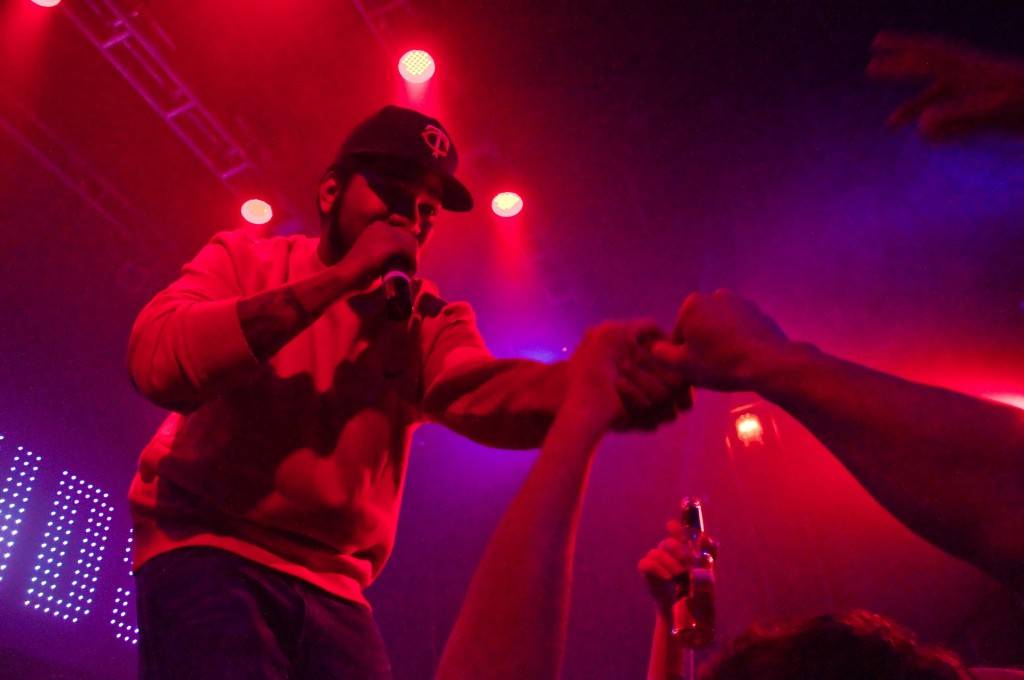 Back in 2008, I loved the Cool Kids. I went through one of those phases where I listened to The Bake Sale EP for pretty much two weeks straight. When the Chicago hip-hop duo dropped off the face of the planet, it was kind of a bummer. Yeah, they put out a mixtape the next year and had music appear in everything from video games to television shows, but the much hyped and fan-tauntingly named full album When Fish Ride Bicycles never emerged. Slowly interest waned and press coverage dwindled until I only had sporadic “Where are they ow?” moments whenever I scrolled past them on my iPod, rather than from one of my preferred music news outlets.

But on March 10 at the Venue, I got the chance to have that question answered. The show had apparently been moved there from the Commodore Ballroom, something which made it seem like someone overestimated the Cool Kids’ popularity, but the new location seemed sufficiently packed. The openers, Pacific Division, did a good job of keeping the crowd riled up for the headliners, which is pretty much the best you can hope for if you’re at a concert for the big act. And it certainly seemed that most of the crowd was there for the Cool Kids, judging by its boisterous reaction as the two took the stage.

Lit from behind by a massive LED screen, they launched into a rapid fire set that kept an overenthusiastic crowd in a fever pitch the duo would maintain for the entire evening. Tearing through big songs off their Bake Sale EP like “Gold and A Pager” and “88” and peppered with remixed tracks, the Cool Kids lived up to their name, providing an effortless and easy performance.

Chuck Inglish, dressed like Ice Cube circa 1991 and looking just a little bit high, spent most of the time prowling the front of the stage, doling out high fives and turning down random shoes and hats offered to him by the excited and generally awkward guys crowding the front of the stage. Mikey Rocks provided a marginally colder character to Inglish`s more outgoing persona, but really shone on when given the spotlight with his eponymous track. 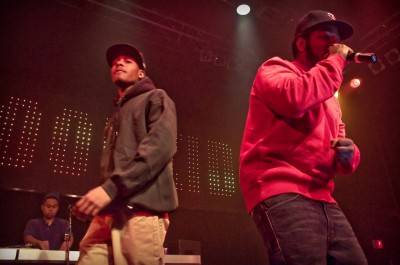 While the material provided almost nothing new for their patient fan base, save one song from the still-awaited LP they told us to watch for later this year (yeah right), it was the ease in style and stage presence of the young MCs that made their short and hard hitting set impressive. Sure, they don’t have the biggest catalogue of songs, but talent’s talent. Maybe next time the Cool Kids are here, we’ll have more songs to look forward to. Just… let’s not hold our collective breath.