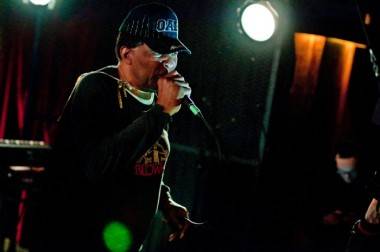 Blowfly, the original dirty rapper, on tour in Vancouver in support of cuss words and ogling young women.

Born Clarence Henry Reid in Georgia in 1939, he wrote for numerous R’N’B acts in the ’60s and ’70s. He recorded his first album under the name Blowfly in 1971, called The Weird World of Blowfly.