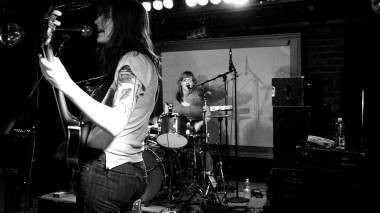 Review and photos–Vivian Girls at the Biltmore Cabaret, Vancouver, Feb 12 2010

Leave it to Vancouver concertgoers to provide something to write about, nicely removed from the Olympics madness. Later dubbed “the hipster fight” in goodnatured jest by the bouncers, a hilarious little brawl broke out amongst the patrons of the Biltmore Cabaret during the L.A. band’s third song. No one was hurt in the mÃªlÃ©e, but it must’ve left quite the impression as this was the band’s first trip to Canada. “With ravers as hard as you, we’ll def be back.”

The last song was dedicated to GeorgianÂ luge hopeful Nodar Kumaritashvili who tragically lost his life earlier in the day on a dangerous stretch of track in Whistler. The song, “Before I Start To Cry”, was from the band’s recent sophomore effort Everything Goes Wrong. 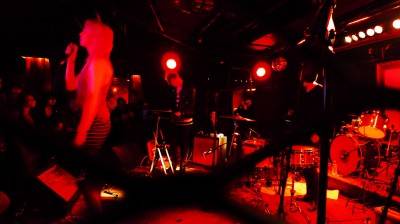