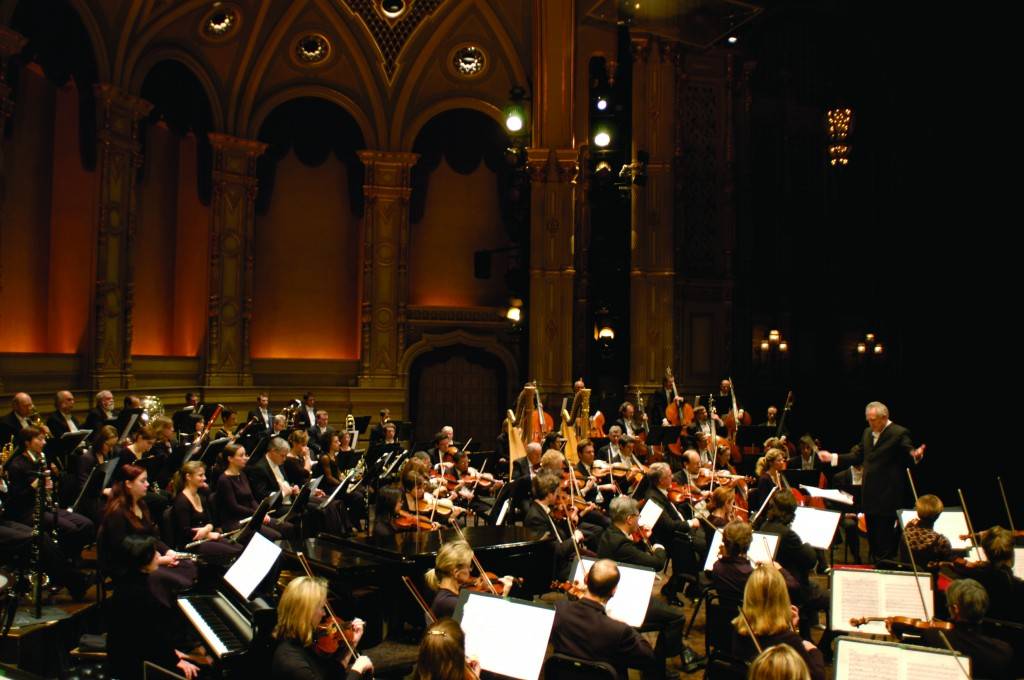 “Welcome to a non-Olympic event!”Â  Bramwell Tovey’s opening greeting drew instant applause and laughter. And, in the spirit of fun and games, Maestro Tovey would continue to amuse and entertain throughout the evening.

The two old ladies in front of me, who seemed to be fidgeting with their programs all night, were suddenly still as statues.Â  During those final climactic, swelling chordsÂ they looked at each other with radiant smiles.

And me? I found it impossible not to think of the final goodbye scene from Woody Allen’s Manhattan. While “Rhapsody” plays, and in a near-tearful farewell, the Mariel Hemingway character says: “Six months isn’t so long… not everybody gets corrupted.Â  You have to have a little faith in people.”