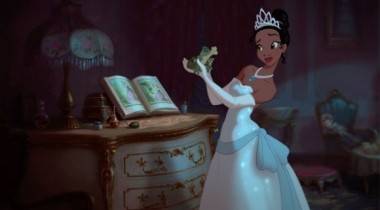 Movie review – The Princess and the Frog

Remember Disney’s super-shitty period in the early ’80s? The mouse couldn’t get anything right back then. Pete’s Dragon, The Cat from Outer Space, Condorman – what a mess.

I wish that slump had finished Disney off, but it was indestructible, like all evil things. Now I have to watch and listen to its toxic shit for probably another 10 years, or until I can turn my kids onto Kubrick.

Speaking of, my four and a half year old enjoyed Disney’s The Princess and the Frog very much. That’s hard information you can use if you’re a parent, so there you go. Knock yerselves out.

I enjoyed it, too, although The Fantastic Mr. Fox captivated both of us in ways that make The Princess and the Frog look pretty average by comparison. Maybe that’s because The Princess and the Frog wants to be average. It’s a hand-drawn effort that attempts to capture the mood of classic-era Disney, complete with references to Sleeping Beauty, Dumbo, Pinocchio and a bunch of other films that I don’t give a fuck about. It is determinedly conventional, right down to Randy Newman’s okey-dokey but not great score.

The plot concerns poor, earthy Tiana and her lifelong friend Charlotte, who is wealthy and spoiled. When Prince Naveen of Maldonia comes to town–New Orleans in 1912, as it happens–Charlotte determines to woo and then fuck the living shit out of him (after they get married).

Unbeknownst to everybody except the villain Facilier–who looks like Esquerita–Naveen has been cut off by his parents for being a carefree, jazz-loving flake. Naveen is taken in by Facilier, turned into a frog, and the Prince’s miserable factotum gets to take his place, bent on marrying into Charlotte’s wealth. 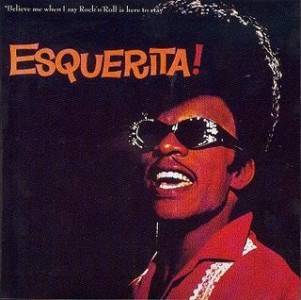 The villain in The Princess and the Frog bears an uncanny resemblance to campy rocker Esquerita.

Facilier makes all this happen with his friends “from the Otherside”, ie. a bunch of malevolent voodoo entities who plan to overrun New Orleans once Facilier has killed Charlotte’s father, Big Daddy. Cue terrifying and traumatic musical number. Anybody who complains has no respect for tradition.

Tiana bumps into the Frog Prince, kisses him–as per the instructions–but becomes a frog herself. Hijinks and more creepy voodoo sequences ensue. Naveen and Tiana are accompanied by a trumpet-playing alligator called Louis who dreams of gigging on a riverboat, and an awesome little Cajun firefly called Ray. There is one priceless joke in the midst of the above, but I’m not giving it away. And there’s one death. Prepare your whiny little fucker accordingly.

Anyway–blah blah blah, music music music, chase sequence, dÃ©nouement, lesson learned, crappy NeYo song over the credits, and there you go. The End. The Princess and the Frog gets a four out of six and a half on my impossible-to-understand scale.

More importantly, what’s the propaganda value of The Princess and the Frog? As you might know, Tiana is Disney’s first black lead. The Princess and the Frog went into production shortly after Katrina, and Tiana’s big dream–passed down by her dead, ignorant daddy–is to open a restaurant where all of New Orleans can partake in the abundance. Just like real life.

The subtext–if you can call it that, since you’re beaten to death with it–is that hard work is virtue, and don’t try any of that crazy mau-mau voodoo shit. The sub-subtext is that there’s no work, sucka. I hate Disney.

2 responses to “The Princess and the Frog”