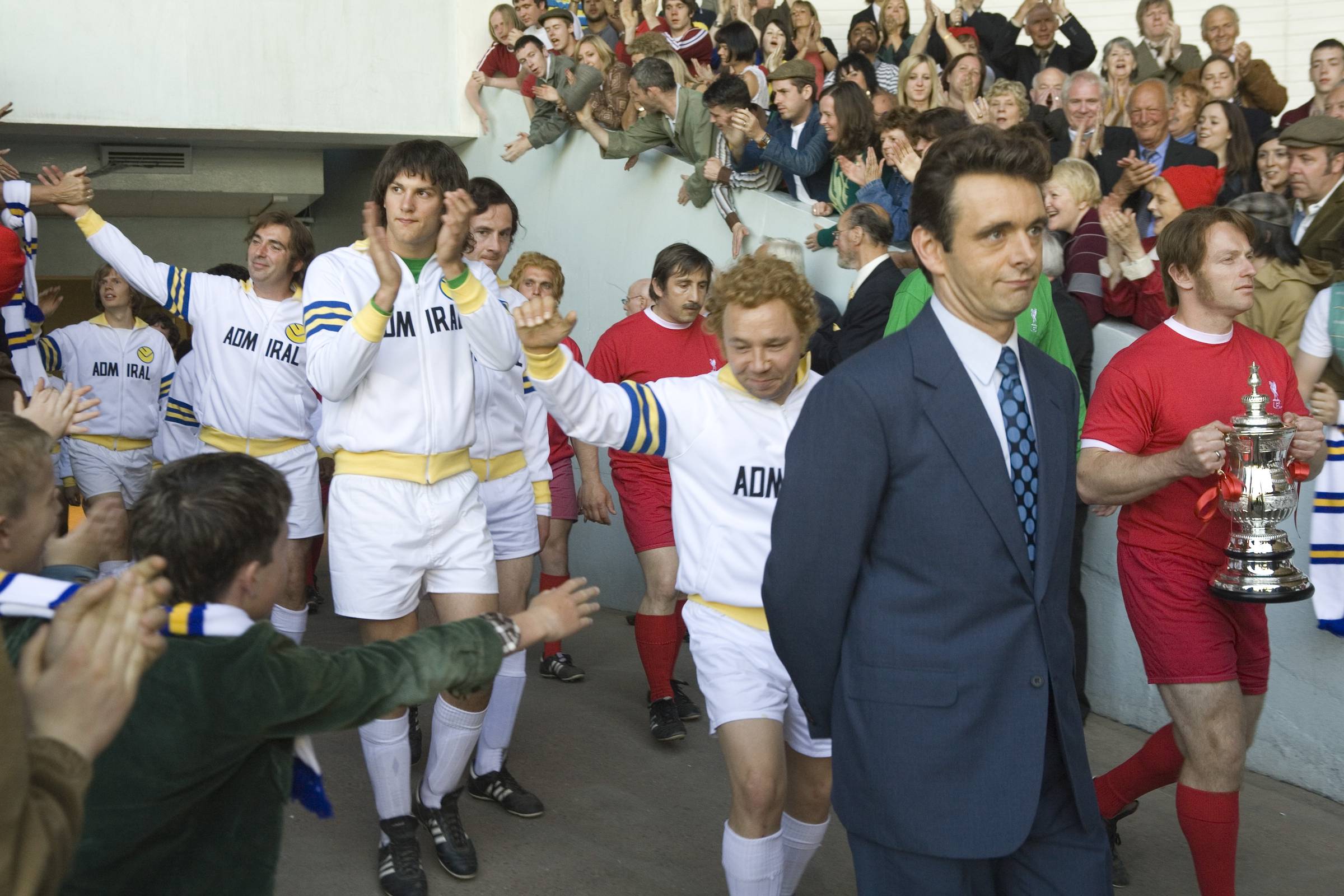 Fact: Michael Sheen is not actually a man, but a chameleon. When no one’s looking, his eyes move independently of one another in their respective orbits. He has also been known to change colour in an effort to reflect his surroundings.

Ok, well, maybe not the first part so much. But the second part is pretty accurate.

Michael Sheen is gifted with a wonderful talent; he can convincingly, wholly alter himself – speech, mannerisms, appearance – into any number of different characters (Tony Blair in The Queen, David Frost in Frost/Nixon). This all too rare and exciting ability is often referred to by its more common vernacular: acting.

The Damned United tells the story of Brian Clough’s ambitious drive to become not just the manager of the highly successful football team Leeds United, but also to best the man he replaced, popular Don Revie (Colm Meaney). Virtually unheard of on this side of the pond, Clough’s renown as a man of swaggering cocksuredness achieved such a level of fame and notoriety that he was parodied – twice – by Monty Python and (good-naturedly) challenged for it by Muhammad Ali. Centering on Clough’s disastrously short 44-day tenure as manager of Leeds United, the story is as much about his ambition as it is about the rocky relationships he had with those around him, notably friend and long-time coaching assistant Peter Taylor (Timothy Spall). 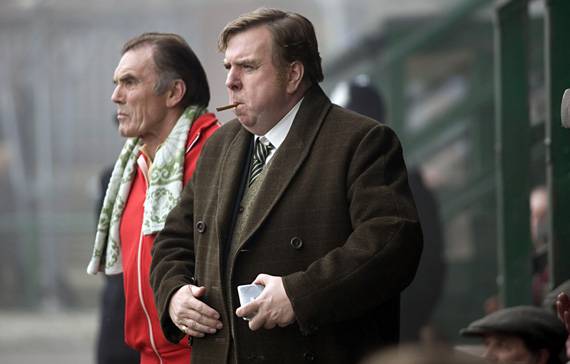 The film deftly moves between 1969 and the specific incident with Revie that fueled a rivalry played out on football fields and in the media, culminating with Clough’s eventual appointment in 1974 when Revie left Leeds United to manage the English national team. Not knowing much of anything about the specifics of either the game or the players involved makes little difference in how one is able to enjoy the film. Unlike some sports films that rely upon complicated re-enactments on the field as a metaphoric plot-driving tool (Any Given Sunday required a play-by-play translation in order for me, who doesn’t care about football, to understand what was going on), The Damned United is compelling mostly because Sheen’s performance is so damned bloody brilliant.

At its core, The Damned United is a story about friendship, pride, forgiveness in the face of ambition, and the powerful, intense affection England’s common people hold for a sport that embodies national identity and is as embraced as much by the Vera Lynne-humming Gran brewing a cuppa beneath her framed photo of the Queen as it is by the lot of louts down at the local pub having a pint and a plate of chicken tikka masala.

Dreary old 1970s England comes to life thanks to the film’s many wonderfully nuanced details (special kudos to the costume department for apparently raiding my father’s closet). Contrasting past triumphs (a dusty old clock on the wall that reads “Made in Great Britain“) against the contemporary reality of faded, crumbling glories (the depressing state of Derby County Football Club upon Clough’s arrival) effectively captures that era’s sense of collective dispossession.

And Clough’s initial ambitions are captured by his early attempts to elevate the sorry spirits of the club, its players, and its fans by pushing a clean game that he felt was too often fouled both on and off the field. One memorable sequence has Clough busily readying the decrepit Derby County clubhouse in anticipation of an important game against Revie’s champions Leeds United, proudly placing an orange (at that time still dear enough to be reserved for special occasion gift baskets or as a token at the foot of one’s Christmas stocking) in the kit for each player.

Clough’s real-life family publicly objected to the depiction of certain events in the novel which formed the basis for The Damned United. Regardless of particularities, the film – hinging primarily on Sheen’s remarkably textured performance – is an entertaining, fitting tribute to a man whose abrasive, often brash nature may have overshadowed a more human side only appreciated by those who knew him privately.