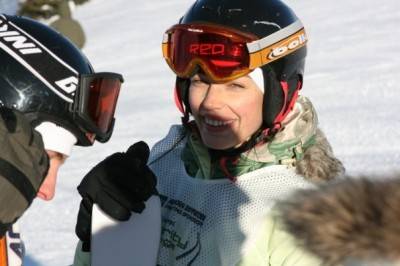 On Sunday afternoon, Dec 6, the 9th annual Whistler Film Festival came to its triumphant close. The overarching mood of the week-end was one of celebration, as all aspects of film – shorts, features, documentaries, filmmakers and actors – were fÃªted in this secluded cinematic sanctuary.

Highlights included: a tribute to legendary Canadian producer and director Ivan Reitman, in attendance to receive his award, participate in a Q&A with Terry David Mulligan, screen Chloe (which he produced) and to participate on the Borsos jury alongside apparent Princess of the Fest, actress Jessica ParÃ© (appearing in both The Trotsky and Suck) and prolific filmmaker Niv Fichman (Blindness, The Red Violin); gala screenings and special presentations of Jacob Tierney’s The Trotsky, Reitman’s Chloe, Tom Ford’s stunning debut A Single Man, and the appropriately ski-themed documentary The Edge of Never; the ever-popular outdoor screening series, which included director Jonathan Demme’s Neil Young Trunk Show; a celebrity ski challenge; VIP swag rooms, parties, and the occasional celeb-sighting and, of course, the awards brunch ceremony honouring the nominees and winners of the Borsos Competition for Best New Canadian Feature, Best Actor and Best Actress as well as Best Mountain Culture Film, Best Documentary Award, and Best Short of the Festival. 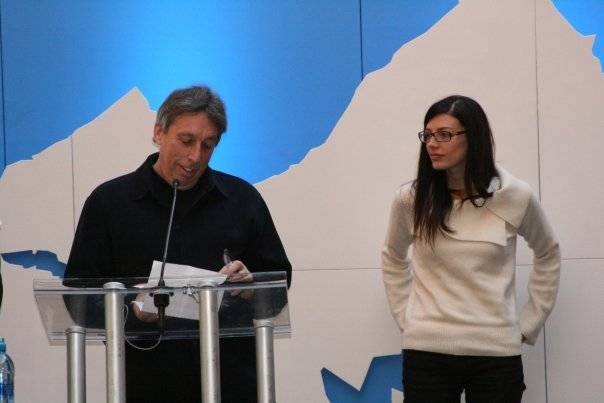 Over the course of the weekend, I was fortunate enough to speak with numerous Canadian filmmakers and actors about what they thought of the festival and, most importantly, the incredible array of talent on display.

Perhaps the most encouraging revelation of the festival was how this latest crop of films didn’t… look Canadian. Yes, Virginia, good – even great – Canadian films do exist, although more often than not, sightings of the all-too-rare Great Canadian Film are limited to the occasional highbrow glimpse at festivals, or if it’s really lucky, shelved on a “Canadiana” display at Rogers’ alongside staples like Goin’ Down the Road, Porky’s, and perhaps some early David Cronenberg for good measure.

It doesn’t take a well-trained Canadian cineaste’s eye to determine a film’s national pedigree after a few seconds of watching – our collective ability to immediately recognize that a film is Canadian (sigh) is, in fact, a unique talent that binds us all together as much as Terry Fox, Celine Dion, and a double-double at Timmy Ho-Ho’s does. It’s one of the things that separates us from them; this shared, national superpower bestowed upon all of us north of the 49th parallel is a part of the Canadian cultural experience, like screaming “Canadian!” at the television every time luminaries like Monty Hall to Leslie Neilson, Ellen Page to Pamela Anderson, or Jim Carey to Mike Myers appear in, well, anything.

But a film looking Canadian is generally not thought of as a good thing – though that tide may be turning thanks to a new generation of Canadian talent. The Trotsky director Jacob Tierney knew exactly what I was talking about when we chatted and cited a “national aesthetic” that may be rooted in our comparatively limited financial resources, or even a “reaction to the excess” of other national cinemas.

Tierney lamented that this limitation hurts Canadian diversity, noting a lack of genre films in favour of the all-too-common sparse-and-simple aesthetic we all know so well. Defendor director Peter Stebbings felt that a higher production value (including shooting on 35 mm to ensure as glossy a finish as possible) was essential to the success of a film that requires a visual style similar to well-known superhero fare like The Dark Knight. He also cited a lack of diversity in our stories, saying that while there have “certainly been some… we should spend more time telling great stories, especially in this highly competitive market.”

Interestingly, Stebbings added that in terms of story, perhaps Canadians are “subconsciously bent towards the cold because we live in it all the time, so it comes out in the hues.”

As the only Borsos competitor to shoot his film entirely outside the well-established system of Canadian film grants, Skidlove director Ryan Arnold felt the limitations placed on up-and-coming Canadian filmmakers as a result of this parochial reality did more to hinder talent than nurture it, saying that the “standardized route you need to take, the hoops, being put in a line-up, always having to deal with people behind desks who maybe shouldn’t have them… it’s not how art should be born,” and that there is a lot to be said about the more competitive “dog-eat-dog” market south of the border.

He also noted that the caliber of films showing at Whistler this year was a “tribute” to the efforts and vision of its Artistic Director, Stacey Donen.

What makes this little film festival in the mountains so special is that as much as it is an industry event geared to providing those lucky enough to work within it an opportunity to celebrate their own emerging and established artists, it also makes a point of embracing and including the most important player in film today: the audience. Without them, darkened theatres would remain empty. 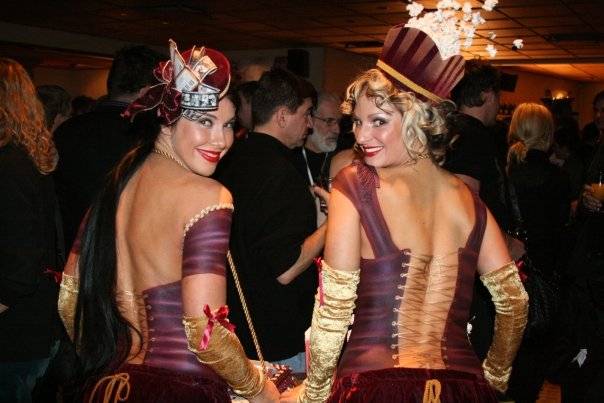