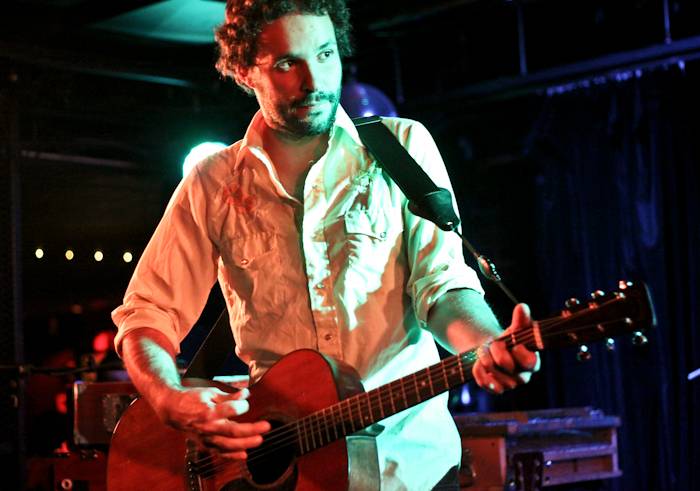 As Blind Pilot hit the stage of the Biltmore Cabaret, I felt the uncanny experience of being nine years old again at my sister’s middle school recital.

Between horrible renditions of “On My Own” and “Fur Elise”, there would always be that one kid who seemed to come out of the woodwork and put everyone to shame. It was always the shy kid with the shoulders hunched over, standing on their tiptoes while flashing a nervous smile to their parents as they wave maniacally back with their handheld cameras.

When Blind Pilot began playing – following a set by Portland singer/songwriter Laura Veirs – I once again felt the awe and excitement of discovering pure talent in the most unassuming package. The band’s disposition is perfectly mirrored by their music, both being humble, unified, and incredibly endearing.

From start to finish, the Portland band played folk-pop melodic and affectionate enough to warm the most cynical heart. The harmonies of frontman Israel Nebeker, upright bassist Luke Ydstie and multi-instrumentalist Kati Claborn were absolutely flawless, and had an apparent calming effect on their audience. And with Ryan Dubrowski, Ian Krist and Dave Jorgensen on drums, vibraphone, and trumpet and harmonium, respectively, the results are distinct and whimsical, yet pacifying. 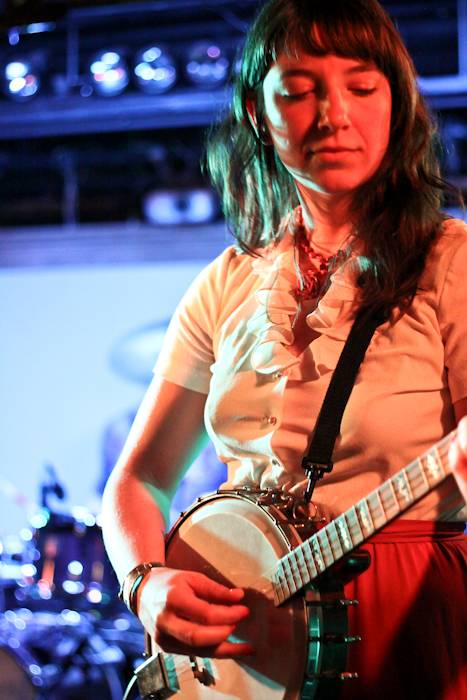 Standout crowd-pleasers included “I Buried a Bone” and “Story I Heard”, both on Blind Pilot’s first and, so far, only record 3 Rounds and a Sound. As Nebeker stumbles through the lyrics of a couple of his songs, the crowd is won over by his charm as he confesses, “You guys seem to have a special effect on me.” Judging from the constant swaying and head bopping in the audience, I would say that the feeling was probably mutual.

The Portland six-piece topped off the evening with a cover of MGMT’s “Enjoy Yourself” in an effort to oblige one of their fans who had canceled her trip to Hawaii in order to see this show. And once again, a most unexpected yet welcome move proved Blind Pilot’s adaptability.

Earlier in the year, the group had supported the Decemberists on their North American tour. Before that, Nebeker and Dubrowski toured on their bicycles before extending their musical family. Whether busking on street corners or headlining tours, Blind Pilot can command any stage with their solid and comforting sound.