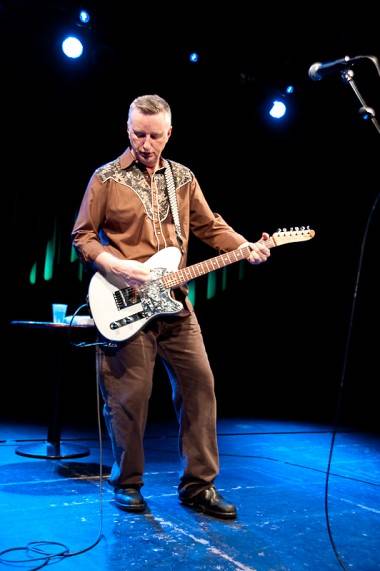 Billy, the Lout:Â “This tea is wonderful stuff, and you’ll sing in tune if you drink enough of it, which is why I drink it. This information was passed along to me by Madonna, who fucking needs it.”

Billy, the Man of Faith:Â Besides being a romantic, Bragg is also a man of faith – not the kind of faith offered by organized religion as much as the kind we can all offer ourselves, which is tied into the courage we muster around our convictions.

During his set, Bragg performed several Woody Guthrie songs and spoke about “carrying the torch” passed along to him from bands like the Clash. In that moment I thought of Johnny Cash and the compassion offered in “Folsom Prison Blues”, and I longed to hear Bragg cover one of his songs. (Bragg, along with Clash members Mick Jones and Topper Headon, recently combined their musical talents to benefit the Jail Guitar DoorsÂ prison charity.)