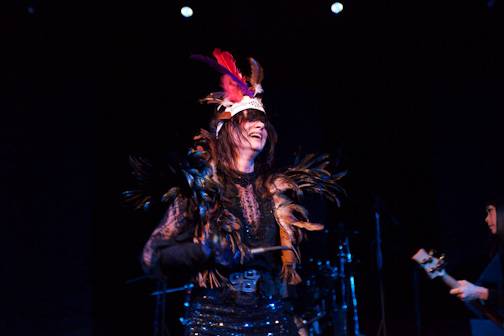 Review and photos – Juliette Lewis at the Commodore, Vancouver, Oct 11, 2090

Even after five years, Juliette Lewis is still surprising people with her rock ‘n’ roll career. But yes, Lewis – the actor who was in Cape Fear and Strange Days and Natural Born Killers and more recently Whip It, the roller derby movie directed by Drew Barrymore – has her own touring band.

She’s been doing it long enough and hard enough, playing small clubs in secondary markets (I’m looking at you, Winnipeg) and making herself available for anyone who wanted to interview her, that you’d think the actor-turned-singer-and-now-singer-slash-actor-again would’ve gotten her point across. But no; this was her fourth Vancouver appearance, and a couple of people I was with still had no idea. 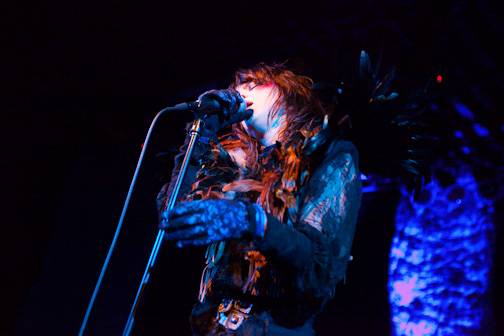 After coming out onstage to the strains of “Born to Be Alive”, a Lewis disco favourite, she followed the zigzagging template of her new album, Terra Incognita.

No longer with the Licks, and with a new four-piece that includes her songwriting partner Chris Watson, Lewis emphasized new numbers like Terra Incognita‘s Janis Joplin blues-rawk workout “Hard Lovin’ Woman”, the pop tune “Uh Huh” and the weird but wonderful “Suicide Dive Bombers”, which ended the set before a one-song encore. There were one or two older tunes and a few rockers, but the show was paced a lot differently than the one I saw with the Licks, in a much smaller and way more packed club, where she belted out rocker after rocker, crowd-surfed and made sure no one left without shaking their heads at what they’d just seen.

Still, there were some quintessential Juliette Lewis moments such as when, in the middle of a song – it might have been “Female Persecution” – she started a monologue about how she’d always had this dream to create “this sonic force,” and finally the dream was bigger than the fear, and so here she was. It was very Patti Smith-like, in flow if not content. And the feathered top she was wearing shows she hasn’t lost any of her sartorial flare.

Opener The Ettes were a bit of a disappointment. The Nashville quartet’s fuzzy ’60s rock never really took off, although you could hear in the songs the seeds of a great live set, and drummer Poni pounded away on her kit like Memphis rock legend Greg Cartwright was watching. Singer Coco though didn’t seem to be terribly into it; maybe road fatigue had set in, or the Commodore was just too big a space to fill. The Ettes are definitely worth a second look at a smaller club, though. 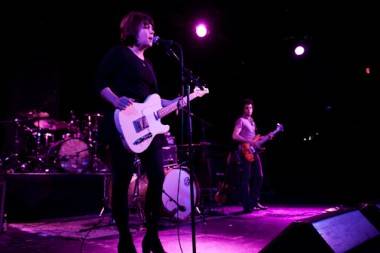 The Ettes at the Commodore Ballroom, Oct 11 2009. Melissa Skoda photo

One response to “Juliette Lewis at the Commodore Ballroom”