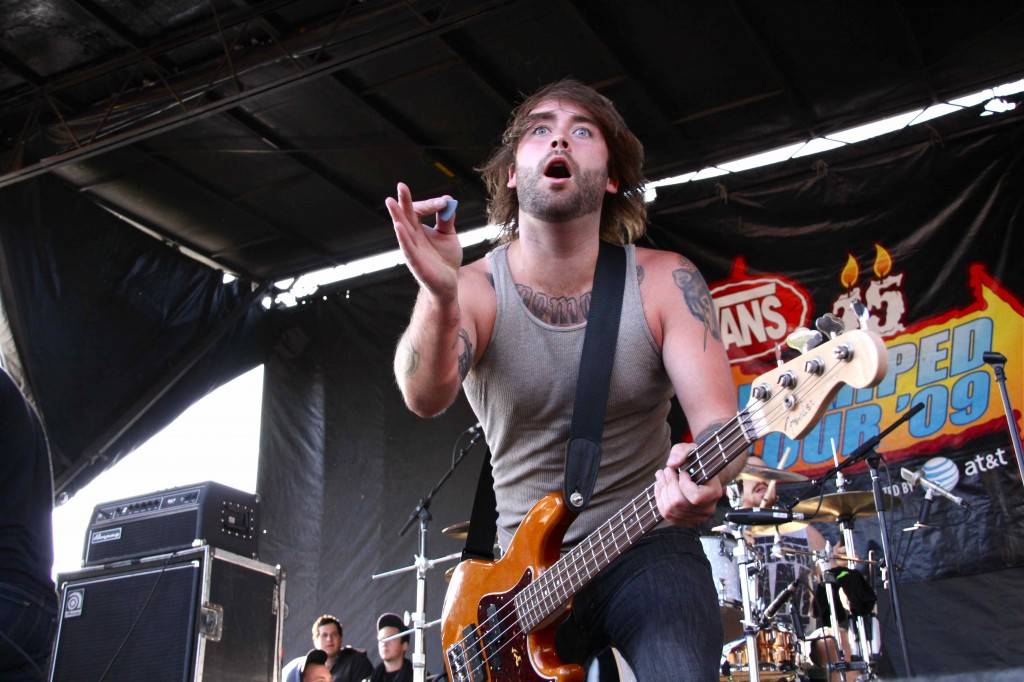 As for main stage acts, Bad Religion’s only sour note was their attempt to congratulate Vancouver on the upcoming Olympics. They seemed surprised when this was greeted by boos, but way to make the effort, I guess. NOFX did their usual merry prankster bit as the sun emerged from behind the clouds, and for all my talk of not knowing these bands, I must admit that I have always loved NOFX’s cover of Joe Dassin’s “Les Champs ElysÃ©es” and was secretly thrilled when they played it. Alexisonfire was greeted by a roar of approval that, frankly, still surprises me. I guess they have mastered their particular formula, but aren’t they pretty much Canada’s answer to Linkin Park?