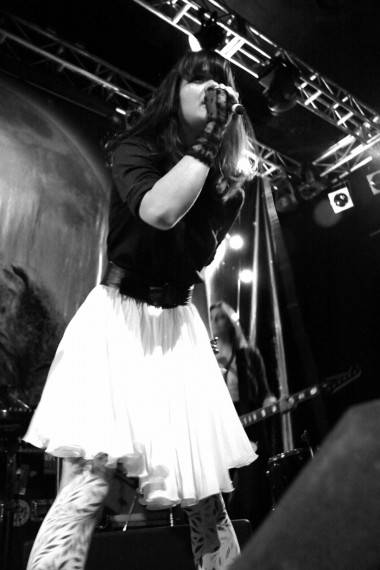 I’m reasonably certain everyone last night left with a crush on Natasha Khan.

The Bat for Lashes frontwoman’s swirly swishy white skirt, her dramatic arm gestures out of a Gothic romance and her voice scaling the upper registers in a way that would make Kate Bush proud was a package that was hard to resist. And, with the big wolf/moon tapestry behind her, the feeling of walking the moors with a particularly knowledgeable guide was strong. 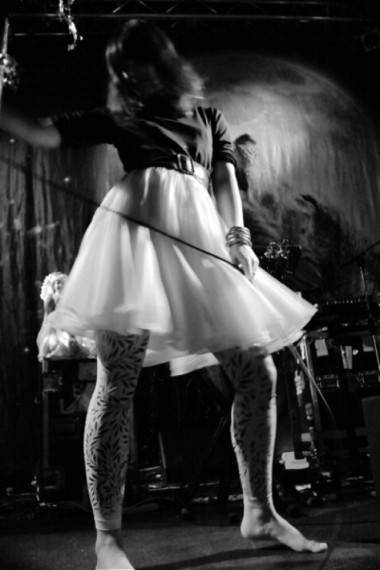 Okay, maybe that’s a little airy-fairy. But magic was in the room as Khan and her three-piece band (playing a variety of instruments, including some with fancy names like – I’m guessing here – clavichords and melodicas) ran through most of the songs from Two Suns, the second Bat for Lashes album, and the debut, Fur and Gold.

“Sleep Alone” and “What’s a Girl to Do” were highlights, but maybe only because I recognized the lyrics from my few cursory listens of both albums. The songs pretty much took a back seat though to the heavy, thunderous percussion of some arrangements and Khan’s glass-shattering voice. Everyone pretty much loved the show, and a few who’d seen her previously in town said this was a better set. 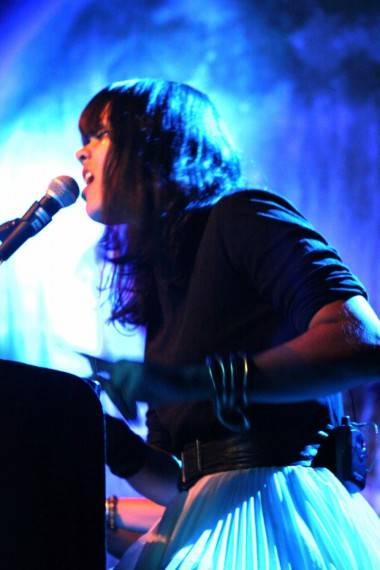 Which brings us to the venue, or as it’s known, Venue. This was my first show here since it was renovated (which, coincidentally, were completed in time for the closing of Richard’s on Richards, the now-defunct club that normally would have hosted the show) and it gets a total thumb’s-up. The sound was magnificent and the sightlines are great; from the moment you walk into the room you can see and hear everything going on onstage. However, I don’t see the Venue topping this Bat for Lashes concert for awhile.

4 responses to “Bat for Lashes at Venue”