I’ll be the first to admit I’ve always been a fan of campy supernatural dramas.

Back in high school, I would glue myself to the TV whenever bizarro alien drama Roswell was on, even as the plotlines grew ever more convoluted and unbelievable, because occasionally the writers would throw the sighing teenage fans a bone and have the show’s star appear shirtless. (Do yourself a favour and Google “Jason Behr shirtless” right now. You can thank me later.) 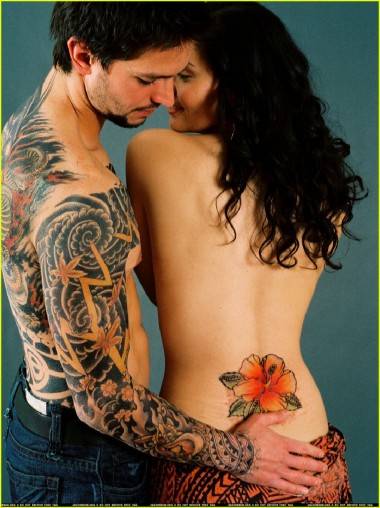 Now that I’ve grown up (somewhat), bare male chests are no longer the cause of confusing hormone-induced lust. In fact, until recently I’d almost forgotten how hot and spicy those fleeting glimpses used to feel – that is, until I started watching HBO’s True Blood. With all HBO shows, you know that casual nudity will be part of the package; if you’re lucky, nudity will be the norm, rather than the exception, and blush-worthy sex scenes will happen on a regular basis.

With the recent spate of vampire-themed dreck to hit the screens, you’re probably wondering what separates True Blood from the rest of the pack. Like the Twilight Saga, True Blood is based on a series of novels (Charlaine Harris’ The Southern Vampire Mysteries), but thankfully Harris is no Stephenie Meyer. In the True Blood universe, vampires are acknowledged members of society, having come “out of the coffin” after the Japanese invented synthetic blood.

Unlike Twilight’s reticent virgins, the vampires of True Blood boast voracious sexual appetites, and instead of that passive Bella chick, the show features an interesting human heroine in Sookie Stackhouse. In True Blood, the supernatural doesn’t stop with vampires, either: telepaths, shapeshifters and even a maenad [“a frenzied woman who enjoys feasting on other people’s drunkenness,” according to Wikipedia and Greek mythology.-ed.] have made their appearances. It’s all so much more exciting than RPattz’s smell-the-fart face! 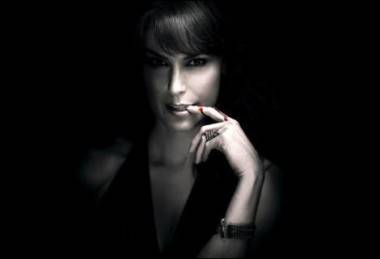 It`s easy to get lost in gushing about True Blood, but the show does have its weak points. Characters make Twilight-esque declarations of love or revulsion, only to reverse those statements within the next few episodes. Anna Paquin (as Sookie) and Stephen Moyer (as Sookie’s vampire bf Bill Compton) may be a couple of cuties, but that doesn’t excuse their laughable Louisiana accents. If you’re the type of person who likes a little drinkin’ with your TV watchin’, try this on for size: every time Moyer growls “Suhkay is MAHN!” (“Sookie is mine,” in English), take a shot. This isn’t the kind of game you want to play unsupervised, though – you’re going to be pass-out drunk in minutes.

So yeah, True Blood has its flaws, but I prefer to overlook them in favour of the sex scenes. Seriously, people, this is why I pay an extra $16 per month for my cable; we have a giant HDTV, and sometimes, you know, you want to pause for a moment. Maybe you’d like to rewind, and then play again. There’s no judgement here.

See, there’s a reason why this show is always number one on Surf the Channel’s “Most Popular Links Today” list. You could point to the reliably engrossing storylines, the unblinking willingness to show serious bloodshed – Sookie actually decapitates someone! – or even the moments of comedy that are pure campy delight, but my money’s on the sex. Yessiree.

True Blood airs on HBO at 8 pm on Sunday nights. Please don’t call me when it’s on.

One response to “HBO’s True Blood–sex and vampires”