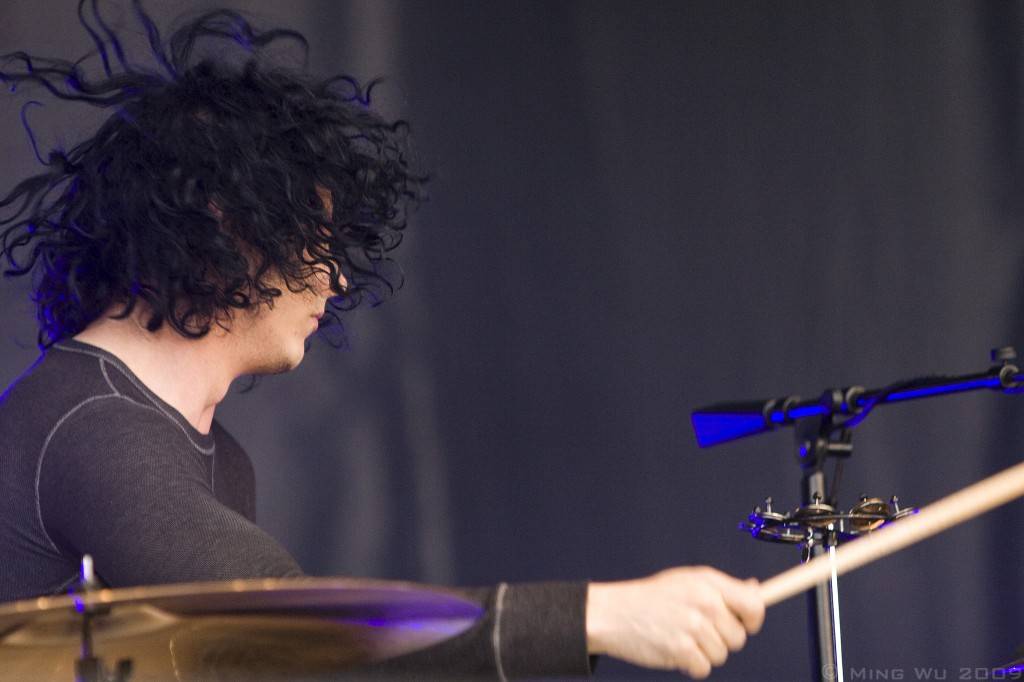 Review – The Dead Weather at the Commodore Ballroom, Vancouver, Aug 21 2009

Fans who purchased a ticket for the Dead Weather’s show on Friday night probably thought they were going to see just another Jack White side project. Indeed, walking into the Commodore Ballroom, it seemed to have all the hallmarks of a Jack White production: copies of his new solo single, “Fly Farm Blues”, were on sale at the merch booth, while dapper, fedora-sporting roadies milled about on stage. There was a smattering of White Stripes and Raconteurs shirts in the audience, and there were even some misdirected cheers when, a few minutes before the show, a pasty-faced drum tech came out to make some last-minute adjustments.

Once the set began, however, it was clear: this was the Alison Mosshart Show. White may be a megastar, but his presence behind the drums seemed almost incidental compared Mosshart’s snarling vocals and magnetic stage presence. The frontwoman, who got her start with the skuzzy garage-electro duo The Kills, overshadowed White figuratively as well as literally, spending most of the set prowling around the front of the stage, lurching and swaying like one of the zombies from “Thriller”. With her black hair matted across her face, she stroked and gyrated around her mic stand; it couldn’t have been any more erotically suggestive if it were stripper pole. 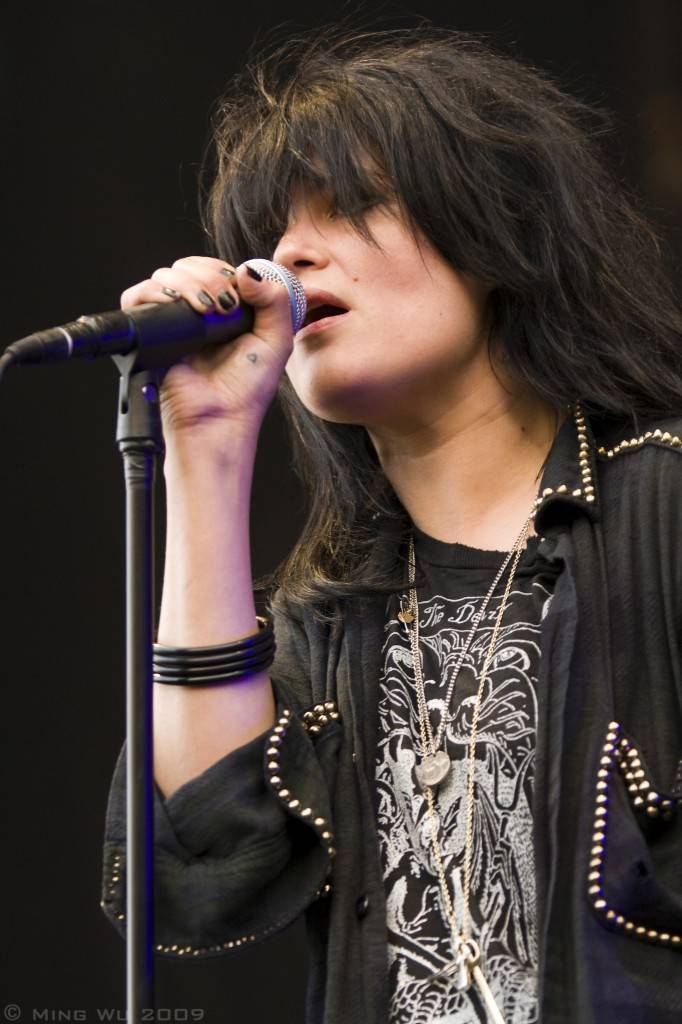 The show began with “60 Feet Tall” which, unlike the aimless rambling of the studio take, thundered with jarring start-stop drums and searing guitar fuzz. Mosshart climbed on top of the monitors to scream the song’s chilling chorus, “I can take the trouble/I’m 60 feet tall.” With one arm extended high above her head, she could have easily passed for 100 feet tall.

Mosshart and co. proceeded to tear through most of the tracks featured on their debut album, Horehound, including a ragged version of the Bob Dylan cover “New Pony” that upped the ante on the already-menacing recorded cut. A few songs later, Mosshart took up a strange, box-shaped guitar for a stunning rendition of “So Far From Your Weapon”, its woozy, warbling verses giving way to a fist-pumping chorus. Throughout, bassist Jack Lawrence provided his usual solid accompaniment while Dean Fertita doubled on guitar and keyboards, offering up a noisy, tremolo-laden solo during “Bone House” that was downright twisted.

The lucky recipient of Mosshart’s attentions, however, was Jack White, who came out from behind the drums to sing the slow-burning blues duet “Will There Be Enough Water?” The chemistry between the pair was nothing short of smoldering and, sharing a single microphone, they spent most of the song just millimeters away from a full-blown makeout session. White’s wife, supermodel Karen Elson, must be one secure lady; either that or she’s super-pissed.

Mosshart only got one thing wrong the entire night. It came during the final song of the set, the spiky single “Treat Me Like Your Mother”. Gasping into the microphone and flicking her tongue lewdly between lines, she spat out the venomous refrain, “I’m just like your mother.”

2 responses to “The Dead Weather at the Commodore Ballroom”