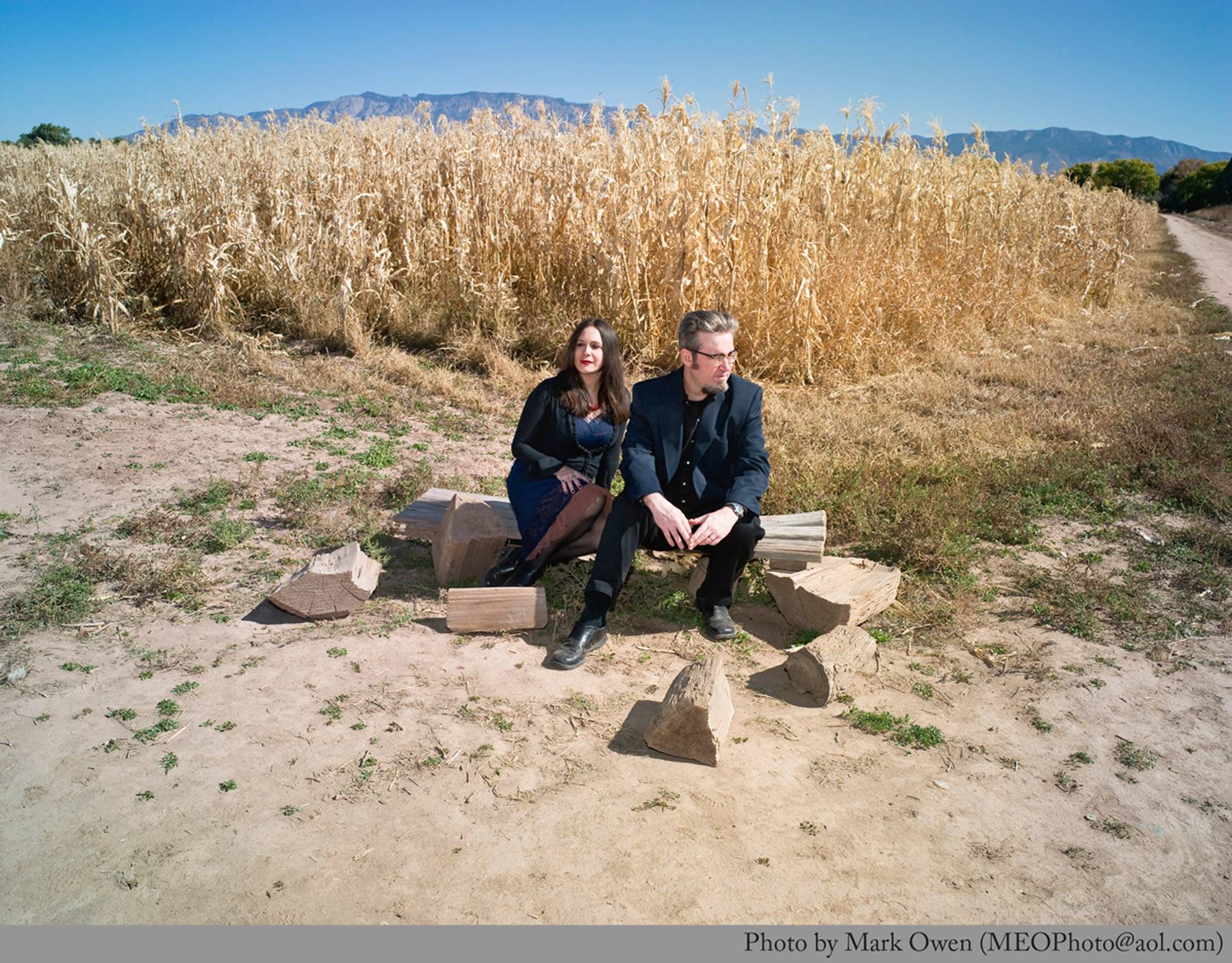 Rennie and Brett Sparks of the Handsome Family.

Reached at home in Albuquerque, Rennie Sparks is in the midst of painting sheep.

Not real sheep – New Mexico’s not that boring – but figures of sheep on canvas. You see, when not recording or touring with husband Brett as the Handsome Family, Sparks specializes in commissioned paintings of people’s pets; more cats than dogs, she says. People send her the pictures of their favourite animal, tells her a little about them, and she paints “what heaven would be like for their little friends.”

Compassion is a word that doesn’t get used much in pop music, but it’s a quality Sparks exudes, both in conversation and in the lyrics on Honey Moon, the latest from the Handsome Family. With Brett singing her words and writing the melodies, the duo make roots-based music that, at its best, approaches the timeless quality of the duo’s most loved influences (for the new record, Rennie has cited listening to The Platters’ “Twilight Time” while driving through New Zealand as inspiration).

We talked to Rennie before she and Brett started a tour with drummer Jason Toth and multi-instrumentalist Stephen Dorocke, who both played on Honey Moon. 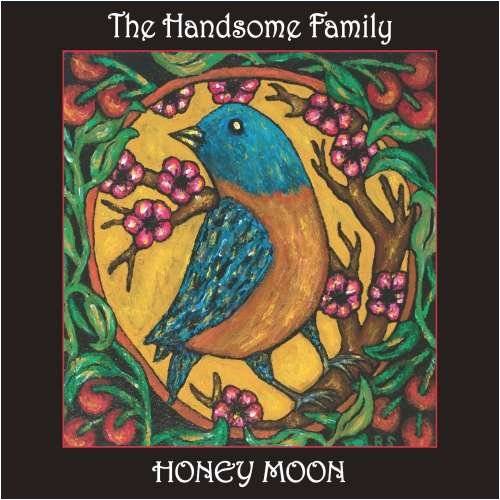 Shawn Conner: It’s a little unusual that you write the lyrics and Brett is the singer.

Rennie Sparks: Well he writes the music, so we’re both the songwriters. So I have to play his music and he has sing my words. It makes it interesting for both of us. But that’s the traditional way to write songs. That’s probably the way some of those Platters songs were written.

RS: Oh, Brett’s correcting me. For the Platters, Buck Ram wrote a lot of their songs. HeÂ  was their manager, he did everything. He picked who was going to be in the band. Apparently somebody asked him asked him, after the first Platters hit, “How are you going to follow this up?” And he ran into the bathroom of some banquet hall and wrote “The Great Pretender”.

SC: Do you guys consider yourselves story collectors?

RS: I suppose, yeah. I’ve never thought of it that way.

SC: You go to a place or hear a song, you want to know the story behind it.

RS: I get upset with Flannery O’Connor, because I think she’s so cruel, and she has so little compassion. I think she lived in a world where there really was sin, and I don’t really think I believe in sin necessarily. I’ve just been reading St. Teresa’s book Interior Castles [El Castillo Interior], I was thinking I’m going to read this and have some grand vision of mansions of heavens. But instead I’ve been obsessed with the fact that she says really nasty things about reptiles and toads. She hated toads! If you’re a saint you should at least give toads the benefit of the doubt. Toads don’t go to heaven in St. Teresa’s vision. And they smell bad. So now I’ve been trying to write songs to redeem toads.

SC [as if he knows what he’s talking about]: Some of those saints can be pretty closed minded.

RS: I can’t have a vision of the universe that doesn’t include toads.

SC: It would be a lesser universe.

RS: I don’t know, in the Middle Ages it might have been a different story.

SC: They were probably thought of as carrying plague.

RS: They thought mountain air carried the plague too. It was a different universe.

SC: So… eight records, 20 years of marriage. Which is more impressive to you?

RS [laughs]: Both are surprising. Unexpected. Both are like little miracles. To still be music and making music with somebody I love is pretty marvelous.

SC: Do people ever come to you for advice on staying together?

RS: People usually ask me things like, how many pairs of pants do you bring on tour?

SC: Well I’m sure that has a lot to do with keeping a marriage alive as well. What can you tell me about this Mystery Train thing you’re doing in the fall with Jill Sobule and Stan Ridgway? It sounds incredible.

RS: It’ll just be a real intimate kind of thing where people can bring their own instruments and there’ll be a lot of open mic things as we speed along. It’s a nice way to get to know people. It will be much more than just a concert. It’s like going on vacation with musicians you like.

SC: I know there are some cruises like that, I haven’t heard of a train…

RS: We have done a cruise. It was the Barenaked Ladies cruise. I had mixed emotions about it. I was a little upset by the conditions of people’s lives in Jamaica, so I got a little distracted when we got there and I found these poverty-stricken people who weren’t getting any money from these cruise ships coming in. It’s hard to enjoy a cruise when I see starving children. But a lot of people just went on the bungee jumping excursions and didn’t see the starving children. Wise move I thought. On the train we won’t have the same problem.

SC: Unless I come. Then there’ll be at least one poverty-stricken person on the train. You can throw me alms.

RS: That’s what we spent our day doing, giving money away to children in Jamaica.