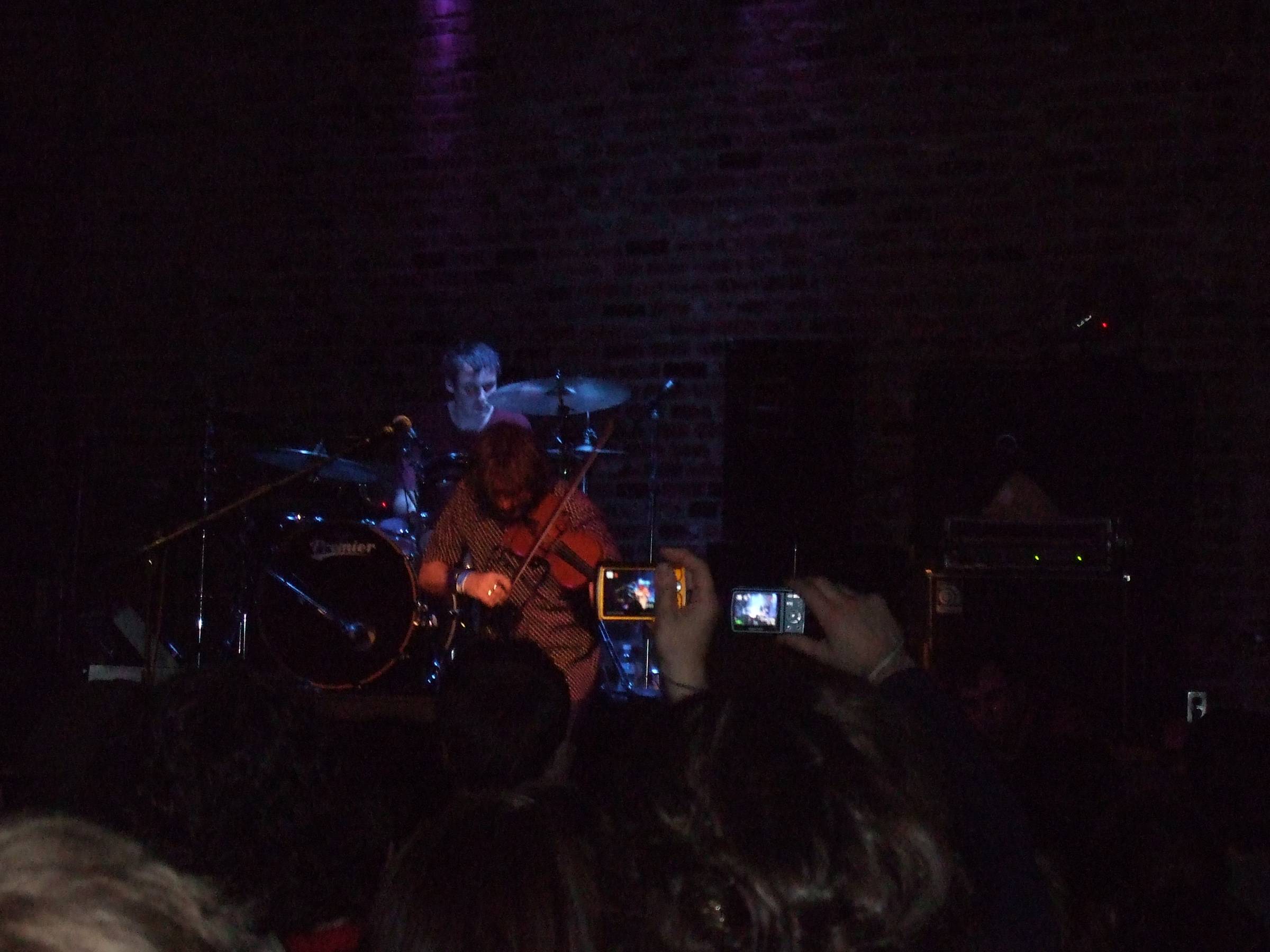 Best known for doing the soundtrack to the French feel-good flick Amelie, Yann Tiersen has turned a small amount of notoriety into an actual full-scale music career that has brought him to North America for a tour, including a stop in Vancouver last night.

The show opened with one of the band members playing a melodica, and Tiersen joining in with a second blow organ. An explosion of guitars followed, along with some wailing from the female vocalist. The initial excitement wore off, however. Like composers Philip Glass and Michael Nyman, to whom Tiersen’s been compared, the French musician trades on repetition and trance motifs, with minimal lyrics. Instruments would gel, climax, intentionally fall apart and then fade away as his five-piece band – two guitars, one bass, one female keyboard player (who was forgettable), and no fuckin’ piano in sight! – played an atmospheric, jam-like session throughout the hour and a half set.

The highlight came about 45 minutes in, with Tiersen’s enrapturing violin solo, but it was also the only real moment of cohesion that seemed to hold the audience. Sad that a musician of his caliber couldn’t keep up the enchantment; at this point people walked out, not having the patience to see what instrument was to be pulled out next.

It was a ukulele, which weakly introduced a song before being drowned out by the guitars. Someone from the audience yelled in excitement, “It’s the ukulele!” Someone in the back yelled, “The accordion!” which never did appear, much to the disappointment of fans of the Amelie soundtrack. Other random gems appeared, with the female vocalist playing the flute, a challenging instrument to mesh with guitars. At one point she was even reading from a book in French. I had no idea what the purpose of this was.

Teirsen and co. mostly remained in their own little world, with the virtuoso uttering a few thank yous. Finally in the encore Amelie was referenced, with the signature “La Valse d’Amelie” tune emerging from the soundboard-manipulator-thing, and then fully becoming concrete with the re-appearance of the flute. Watching the experimental set basically brought out the good and the bad, drawing you in and drawing you out, but Yann Tiersen’s supreme musicality was never in doubt.