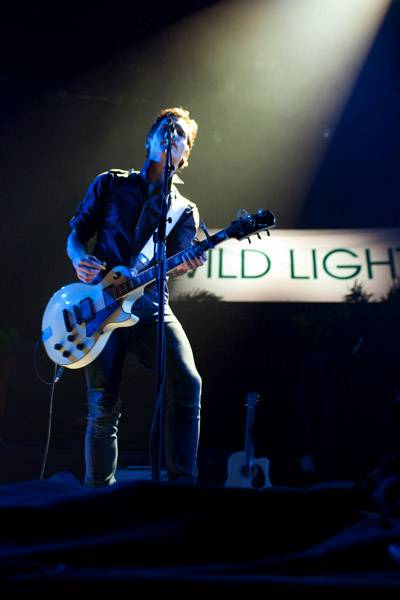 With a big space crammed with excited folks – an oddly high number of which were middle-aged women – there was little room to fall short, and it only did when Flowers took to posturing, asking “Vancouver, have you ever been in love?” with a breathy, Bono-like bravado that struck as put onÂ  – at least to me. For those that look at Flowers and see a rock god, this might have been charming behaviour. The screams said yes. They got to experience their god in a mid-sized arena setting, which they may never get to do again. And you know what else? For an arena show, the sound was more than decent. This may have been one of the first rock shows in this venue – after Lamb of God – but I’d be surprised if were the last.