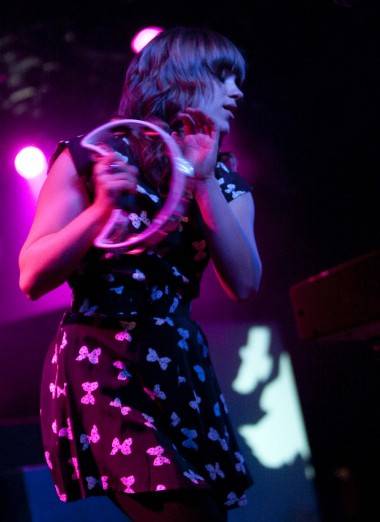 The group’s debut album neverthelessÂ packs a punch – though that’s nothing compared toÂ the group’s live show, which aims for the all-in emotive territory of aÂ Bruce Springsteen orÂ U2, and succeeds more often than not.

This is in no small part due toÂ Anna Bulbrook, the band’s classically-trained-viola-player-turned-rocker. I chatted with Anna from a Seattle tour stop a couple of days before the band’s Feb 18 Vancouver show, which was moved from the comparatively tiny Media Club to Richard’s on Richards due, as they say, to popular demand

Someone offered me a ride to L.A. so I took it, and I showed up at 2 in the morning–my brother was living there – on his doorstep.