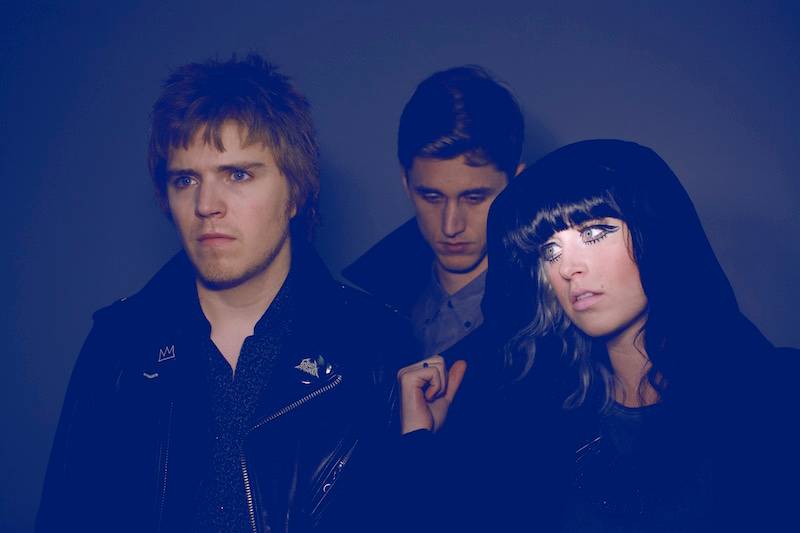 After meeting at university, Jacquie Neville and Liam Jaeger formed The Balconies in 2008 in Ottawa. Neville’s brother Steve later joined the band, which has developed aÂ powerful indie-guitar sound with a hard-rock edge. The trio released two EPs before recording a full-length, 2014’s Fast Motions.

Rhonda, released in October, is the band’s second full-length. Self-produced by NevilleÂ and Jaeger (Steve Neville is no longer in the band), the record features the two founding members and a coterie of friends rocking out on songs based around a concept of self-acceptance and determination.

Currently on a cross-Canada tour, The Balconies play the Rickshaw Theatre in Vancouver Dec. 1. We talked to Jacquie about the new record, her alter ego, and keeping her comics in pristine condition. 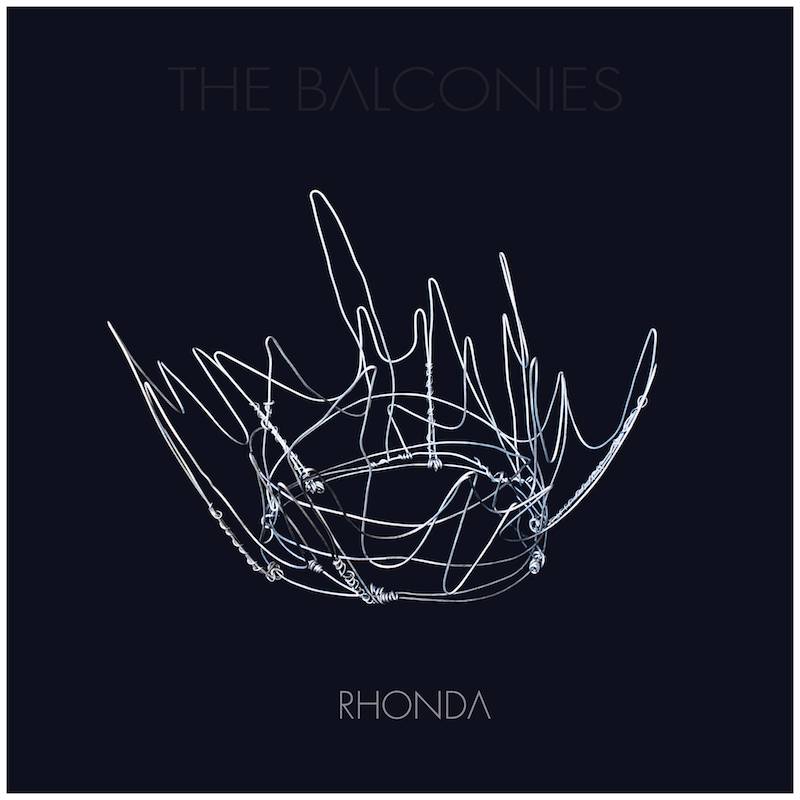 Shawn Conner: The fourth track is “Rhonda Begins”. Does that mean that the first three songs aren’t related to the overall concept?

Jacquie Neville: No, they definitely are. We created this alter ego, fictional character of Rhonda to recount our experiences as musicians. The whole album is very personal, it’s about being on the road, dealing with criticism from the industry,Â trying to find our own voice and dealing with your insecurities as a person, and as an artist. You know, you’re constantly faced with criticism from people. How do you cope with that, as an artist? At the same time you have these amazing fans who come out and see you every night and support you. It plays with your emotions a little bit.

The song “Rhonda Begins”, that interlude, is really the moment in the story where we find this glimpse of hope, like “Oh my god, we’re doing something right.” And when I say “right,” it’s right for us. It feels good, like we’re on theÂ right track. It’s a little milestone on the album.

SC: When you talk about criticism, do you mean on social media?

JN: Social media, but also people in the industry. Label people, anyone who wants to call themselvesÂ a music critic, journalist, whatever. I don’t think we’ve received an excessive amount of negative criticism, but there will always be people who tell you, “You should sound like this, you should dress this way.” When you’re young it’s really hard to handle that, it corrodes the way you think and how you perceiveÂ yourself and your art. In subtle and almost subliminal ways it’s going to infiltrate and influence what you do next. Which is not to say that we don’t listen to anyone, it’s just a matter of Â choosing whose opinions you’re going to listen to. 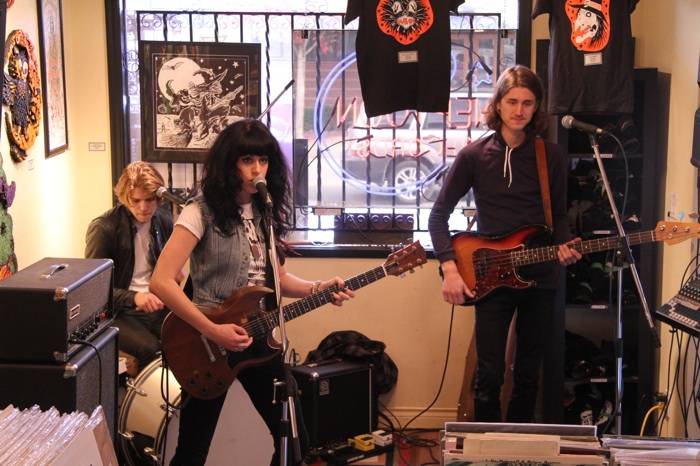 SC: As I understand it, there’s a graphic novel component to Rhonda. Where is that at?

SC:Â Who are you working with?

JN: I’m working with several artists. I can’t talk about who they are. ButÂ they’re really talented. They’ve been working in the industry a long time. I’m writing it.

SC: Are you a comics fan?

JN: Oh my gosh, yeah, of course. What really inspired the physical characteristics of Rhonda is the comic Velvet. She’s like a female James Bond and she has this beautiful white streak in her hair. That was the kind of look I want for Rhonda.

SC: What other titles do you read?

JN: Well, I grew up reading a lot of DC and Marvel. The X-Men, the Avengers. My dadÂ has all these beautiful, preserved laminates for everything. I’m also a big fan of Saga. I just picked up Hellboy. Y the Last Man. There’s so many. I have tons of friends who are in the industry, so they’re always throwing stuff my way. My stack of graphic novels is getting pretty high.

SC: On the road, comics are probably easier to read than novels.

JN: I do bring novels with me. Graphic novels, it’s tricky, just because I like to keep them in pristine condition and I usually get the collectors’ editions. I did pick up The Walking Dead, they’re softcover, so I don’t feel guilty about bring those on the road with me.

SC: Did you pick that up from your dad, keeping your comics in good shape?

SC: Well, that ties in with the whole concept of Rhonda, who is like an alter ego.

JN: Exactly. Just because the whole album is all about us being a band. We thought it would be easier for people to relate to one character. But to me she also represents a state of mind, someone I want to aspire to – someone who’s confident, focussed, and does what makes her happiest.

SC: Now, you and Liam produced the album yourselves. You must have felt confident to do that.

JN: Yeah. Also, I wanted us to challenge ourselves. The only way you can find growth is by putting yourself out of your comfort zone and trying something you haven’t done before. It’s scary because yeah, we haven’t produced an album before. It’s terrifying to just completely trust in yourself, and to have no one objectively listening while we’re recording it. But I think that’s what makes it so honestly Balconies. We’re completely exposed.

SC: Were there any times you felt like you were in over your heads?

SC: So it wasn’t like you went into the studio on the first day and going, “How do we turn this on?”

JN: No, not really. I feel like we’ve been around music equipment long enough that we know how to turn recording equipment on. 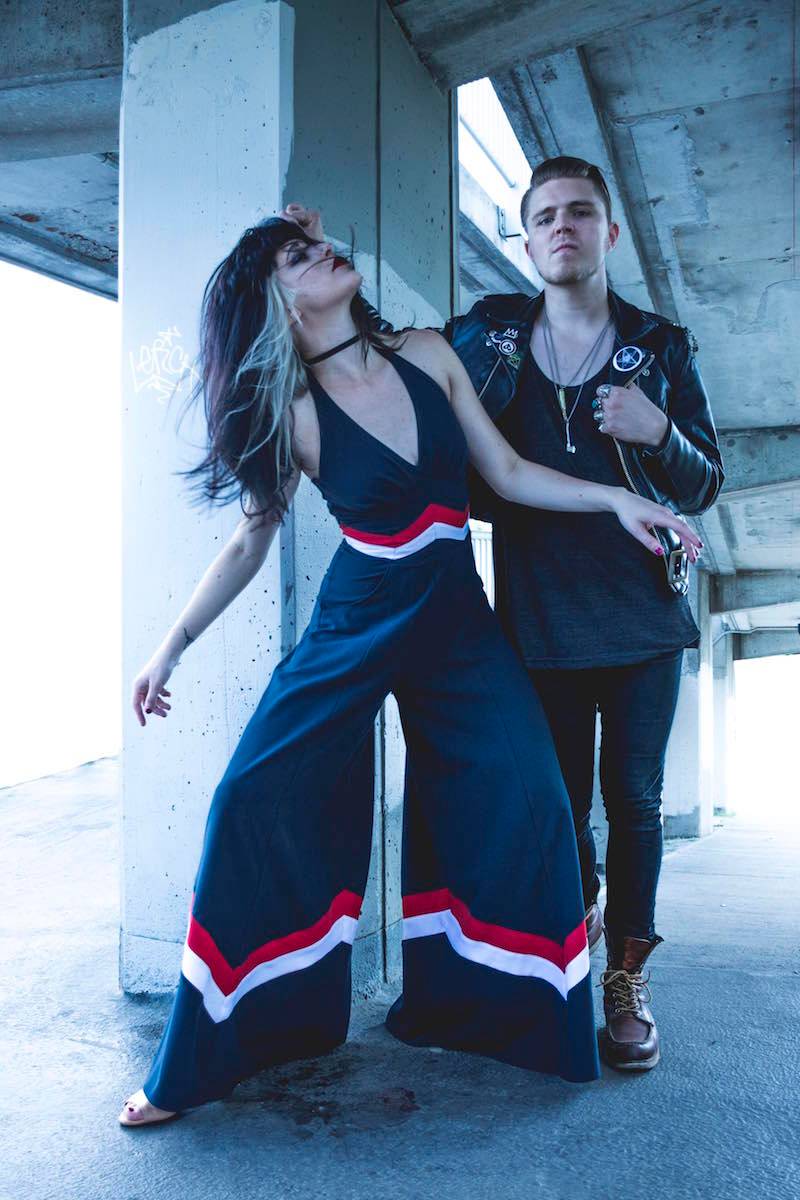