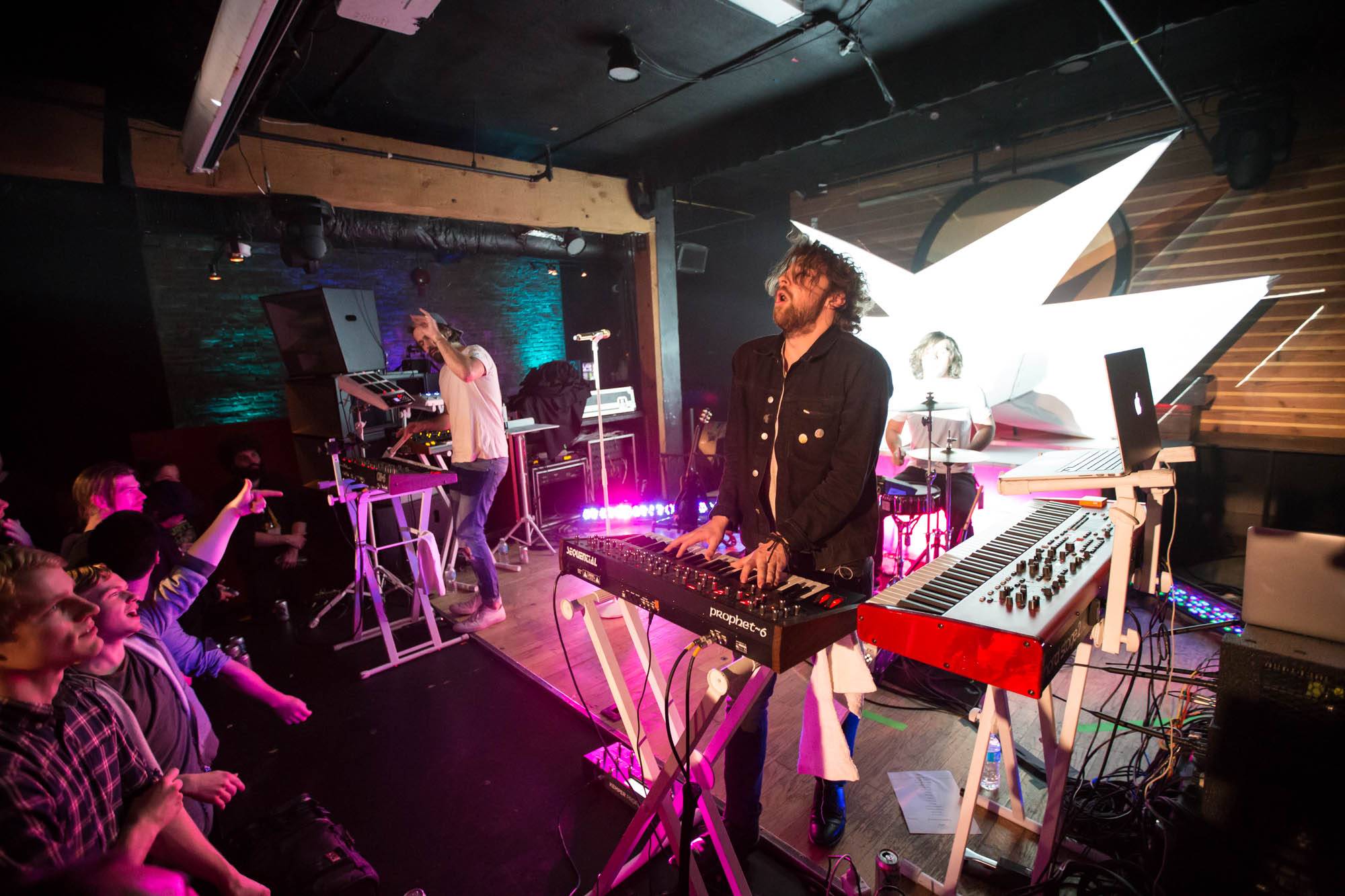 Lemaitre in Vancouver on Thursday night. The Norwegian electronic duo is on tour for its latest EP, Afterglow. It features the track “Playing to Lose (f. Stanaj)“.

Originally rom Oslo, the duo consists of Ketil Jansen and Ulrik Denizou Lund. The two originally met as schoolmates in Lillehammer, in southeastern Norway. Jansen and Lund formed the act in 2010, naming themselves after Georges Lemaitre. Lemaitre is the Belgian physicist who first proposed the Big Bang Theory. The act is now based out of Los Angeles.

The duo has released a number of EPs, including The Friendly Sound, as well as the Relativity Series. The latter includes Relativity 1, 2, 3 and Relativity by Nite. Other EPs include Singularity and, earlier this year, 1749Â (named after the house they currently occupy, and which was once owned by Dr. Dre).

The group’s sound has been variously described as “electro house,” “French house,” “electronic rock” and “indietronica.”

In a review of a recent show, the Badger Herald said that the Norwegian duo was “able to deliver a performance both uplifting and emotionally fulfilling.”