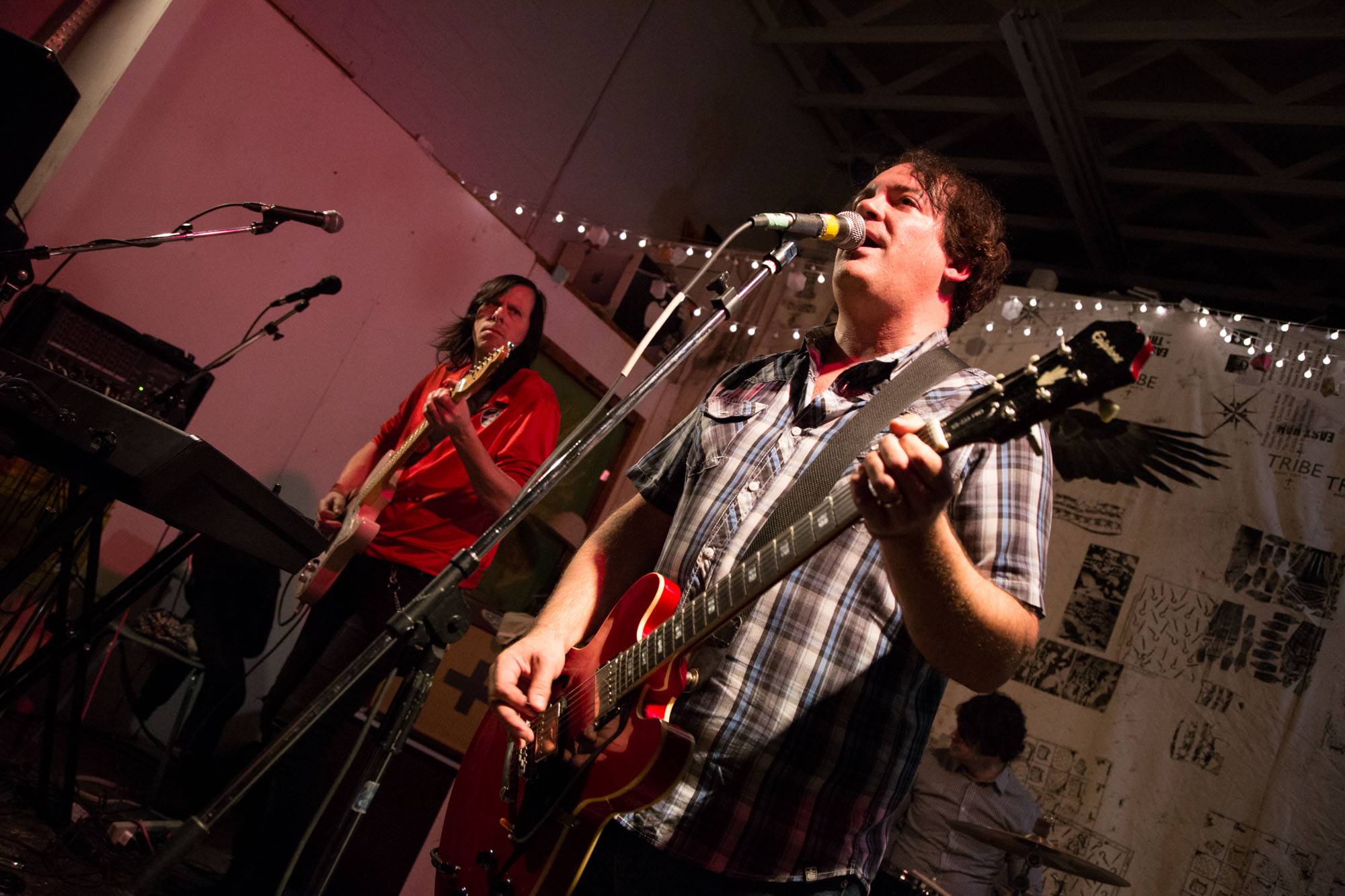 The Posies in Vancouver, at Backspace. The power-pop trio is currently on tour for their new album, Solid States.

On the tour, the band is playing unconventional spaces. The Vancouver show was in an artist’s studio in East Vancouver. Vancouver’s SK Robot opened the show.