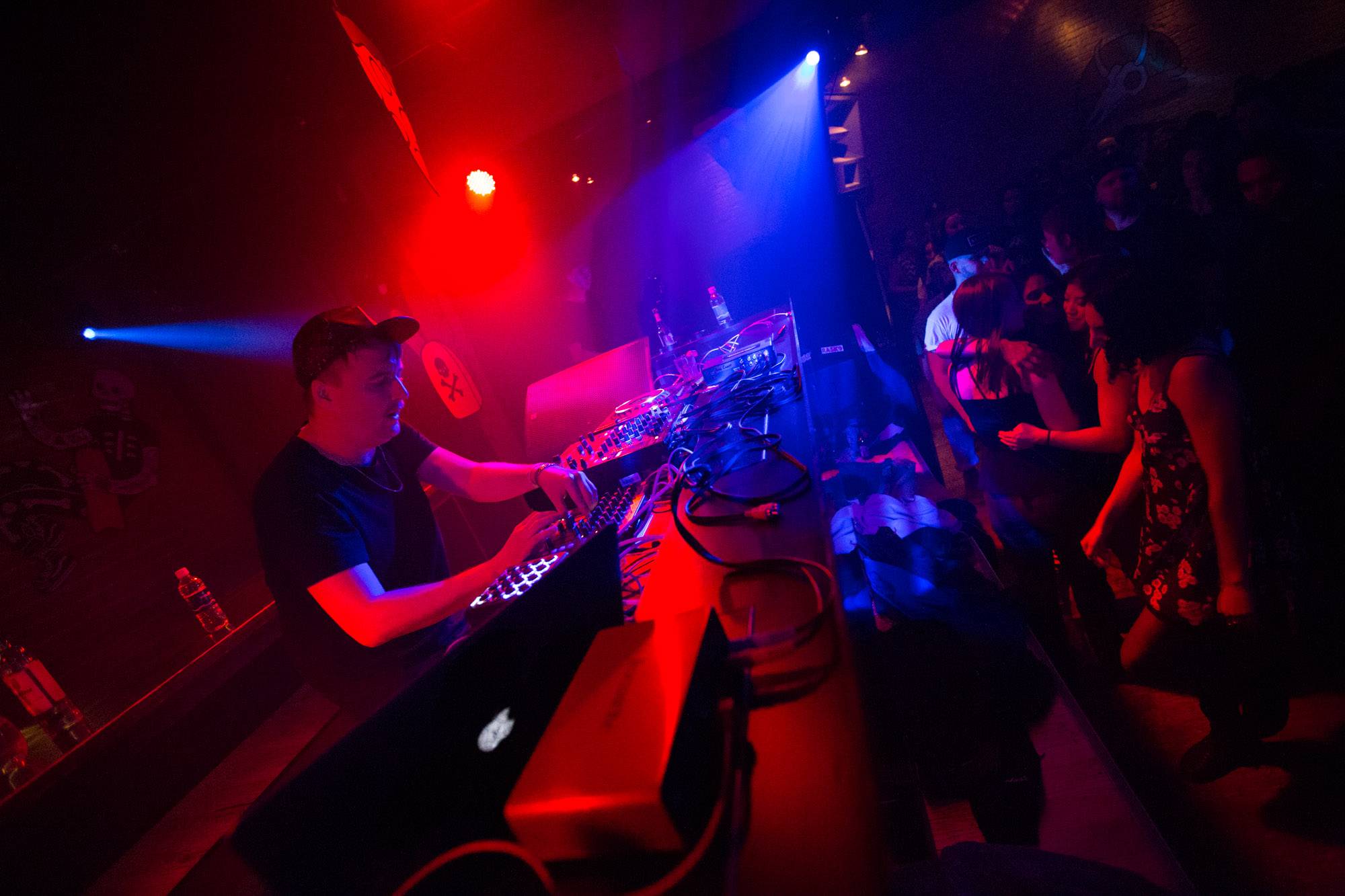 Drawing on a huge variety of musical genres such as drum ‘n’ bass, grime, juke, house and hip-hop, Stewart has an uncanny ability to create tracks that are both delicate and dancefloor dynamite. His latest album Vapor CityÂ (Ninja Tune, 2013) contains his signature polyrhythms paired with gorgeous atmospherics. 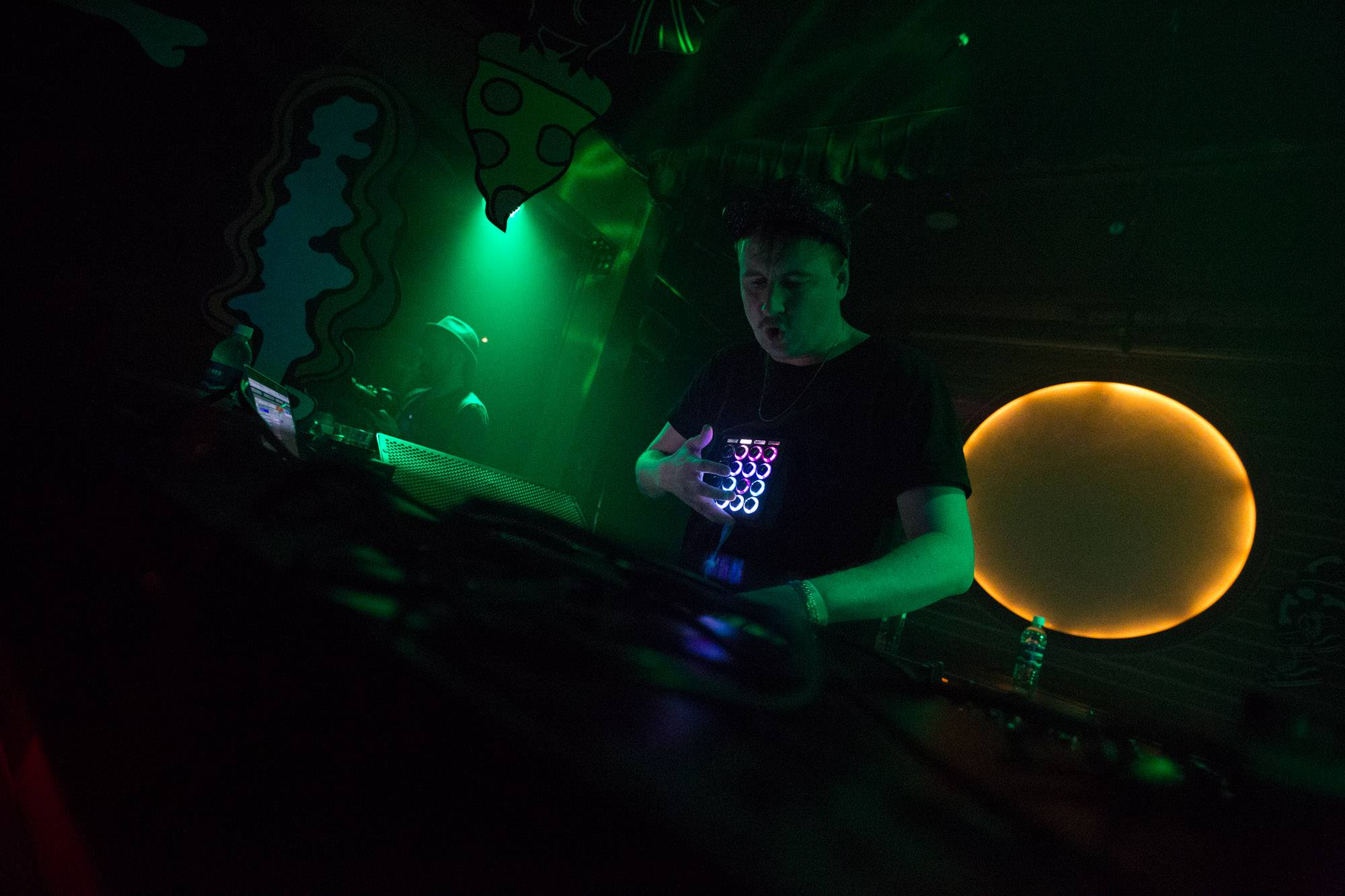 The mood in the venue was upbeat and festive, with neon Halloween decorations adding to the atmosphere. Stewart was bopping around energetically behind the decks, playing a more upbeat set than his studio output. There was a non-stop flow of old school drum ‘n’ bass, future-leaning hip-hop and dirty bass beats, and the crowd happilyÂ got itsÂ groove on.