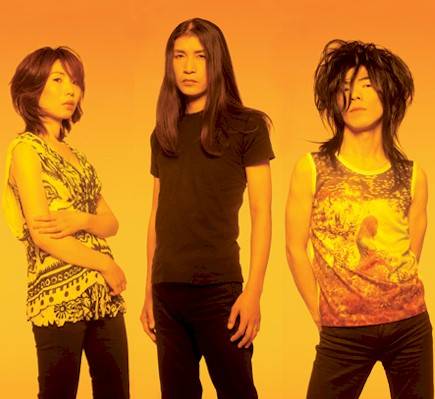 It was a very unholyÂ SundayÂ night at the Rickshaw this past weekend. Following local act Master Musicians ofÂ Bukkake,Â Los Angeles’Â MarriagesÂ were next in line in the build-up toÂ headlinersÂ Boris. West Coast metropolitanÂ gothÂ Emma Ruth RundleÂ commanded the stage in a dramatic sheer kimono layered over her little black dress and knee-high black boots. With her hair cascading over her shoulders and unruly bangs obscuring her death-glare, the singer/guitarist looked the picture of a mythic warrior leadingÂ bassistÂ Greg Burns and drummerÂ AndrewÂ ClincoÂ into battle. Over a distorted but sparse sonic landscape, her fierce growl and spine-tingling voice rang out with clarity and gut-wrenching emotion. A contemporary of LA musicianÂ Chelsea Wolfe and fellow disciple ofÂ PJ Harvey, the waif-ishÂ songstress set the bar for intensity incredibly high. 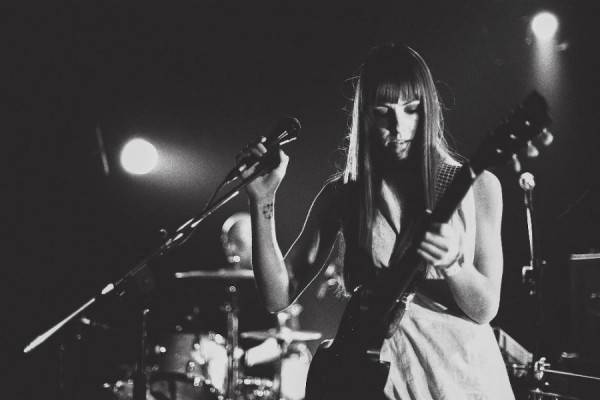 Where Marriages possessedÂ the depth of emotion, what they lacked was the volumeÂ and power ofÂ Boris. It was clear from the sight of the Â Japanese band’sÂ set-upÂ -Â including a translucent pink drum kit, distinctiveÂ retroÂ OrangeÂ amplifiers,Â ZildjianÂ gongÂ centrepieceÂ andÂ Takeshi‘s double-necked guitar/bass – that we were in store for a true performance.Â With a great deal ofÂ grandeurÂ the bandÂ played a merciless, nearly two-hour musical assault.Â The pageantry and drama cameÂ mostly from drummerÂ Atsuo,Â who drummed with flourish and liberally injected whoops and growls throughout the night.

The trioÂ was approaching the end of their North American Live Noise Alive Tour when they played Vancouver, but any tiredness they may have been feeling was undetectable.Â Shifting from metal toÂ psychedelicÂ and shoe-gaze,Â from sludgy to a fever-pitch speed, the one consistent throughout wasÂ noise. ThisÂ also happenedÂ to be the title of their latest album, released this June, and theÂ nineteenth studio albumÂ since the group formedÂ over 20Â years ago. However, the home listening experience can not remotely compare or communicate just how hard-rocking and cacophonous Boris could be. Whereas Takeshi’s poppy vocalsÂ wereÂ dominant on their recordings, live they were equally matched withÂ distortion and effects-laden guitars. Guitarist and sole female memberÂ WataÂ soothed the audience with her breathy, feminine vocals for a single song but otherwise remained a mostly silent and elegantly composed stage presence.

The audience cheered and threw up their fists in support, but overall retained a dazed stance. There were a fewÂ moshersÂ but not enough to sustain the momentum of a pit, or to support one fan’s ill-attempted crowd surfing for the final song. Boris strung out the fuzz and effects for their finale, whileÂ AtsuoÂ climbed onto his drum kit and demanded a reaction from the audience. Try as we might, even the full-house crowd couldn’t nearly reciprocate the band’s energy or level of loudness, by this time played into sheer exhaustion.