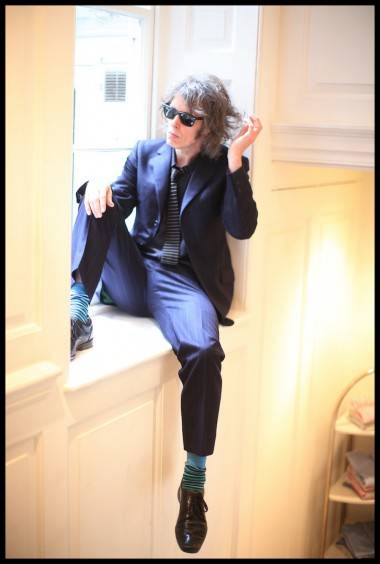 Mike Scott leads an American version of the Waterboys at the Vancouver Folk Festival Sunday July 21.

We’re riding past some place where I’ve never been
And I’m waving through the window as we go
Somebody says “Well, hey, what are you waving at?”
Well what have I got to lose
Somebody might wave back

Nearly thirty years ago, In a Pagan Place introduced me to The Waterboys.

It’s an association that dropped off after the band’s fourth album, 1990’s Room to Roam (which, to be fair, gave us the wonderful “A Life of Sundays”), and in fact the decade that followed seems to have been one of soul-searching for the band’s leader, Mike Scott. Lineups came and went, and The Waterboys recorded only one album, Dream Harder, released in 1993, while two records came out under Scott’s name.

The oughts were a more active time for the group, at least for the name – three albums were released under the Waterboys moniker. Though I can’t attest to those records, 2011’s An Appointment With Mr. Yeats is full of the old fire of those early records. Inspired by the poetry of William Butler Yeats, Scott has come up with an album that is bold, lyrical and mystical – all those qualities swirling through Waterboys classics In a Pagan Place and Fisherman’s Blues.

In the fall of this year, The Waterboys will embark on their largest North American tour ever, comprising 20 dates. Before that though the band – with an American lineup, apart from Scott and fiddler Steve WickhamÂ – is playing a smaller tour, one that ends with a Vancouver Folk Music Festival appearance Sunday July 21. 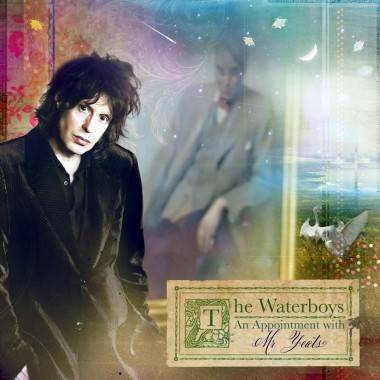 Shawn Conner: You wrote a book, Adventures of a Waterboy. What prompted that?

Mike Scott: I’d thought of writing a book for a very long time, since I lived in Ireland in the late ’80s and I had such great adventures, I figured I had to write them all down. But because I was making records and touring it took me a long time to get ’round to writing the book. Finally, shortly after the last time we toured North America, which was 2007, I realized I was going to have about 18 months without any tours. So that was my opportunity to write the book.

SC: Now, are you a fan of musician-type memoirs? Do you have any favourites?

MS: Yes, certain ones.Â Joe Jackson‘s A Cure for Gravity, about his days as a struggling cabaret band musical director in the south of England in the late seventies. It’s very very funny, very entertaining.

SC: What about the Keith Richards memoir [Life]?

MS: Well I did enjoy it. I don’t really think it’s Keith’s book. It’s more him talking into a tape recorder and someone conjuring it into a book.

SC: I was looking at some recent concert reviews from the U.K. Are you going to be changing the setlist for the North American shows?

MS: Yeah, not just changing the setlist I’ve changed the band! They’re an American band. It’s myself and Steve Wickham from the usual Waterboys lineup. When we play in Vancouver there’ll be three New York-based musicians with us. This is an American version I’ve assembled so that I can tour more constantly over here.

SC: Is there a concernÂ Yeats will go over the heads of North American audiences?

MS: I hope not. My intention with the Yeats music is that each piece should stand up as a song in its own right. So even if the listener has never heard of Yeats or has no interest in poetry or Irish literature, they can still enjoy the song. If they can enjoy the song then I’m doing my job right.

SC:Â I’d forgotten that you’d “covered” Yeats at least once before – on The Fisherman’s Blues album, with “The Stolen Child”. Was that the start of the project?

MS: Well, I set a few more of his poems to music a couple of years after. It was around that time, in the early ’90s, that I first conceived of doing a whole show or album dedicated to Yeats’s poems.

SC: Were there problems adapting his words to music?

MS:Â I wouldn’t say there were any problems really. I had to make sure the music was good enough for the poems. His poems are world-class, it doesn’t get any better. I had to be very sensitive to the rhythm and meaning of the poetry. I took my time with the project. I didn’t try to do it all in a year. I spent about 20 years on and off, working on this as a labour of love.

Video – “Mad As the Mist and Snow”, The Waterboys (live in London):

SC: What did you learn from the project?

MS: What I learned most was to get out of the way. When I would read one of Yeats’s poems, I’d sit at the piano y’see and I’d have the book of poetry open and I would go through it page by page. And when my eye would alight on a new poem I wouldn’t entertain any preconceptions. I wouldn’t think, “Oh, well this poem has a dark mood, so maybe it should sound kind of Gothic.” I wouldn’t indulge myself like that. I would just read the poem in my mind and let the poem itself suggest a rhythm and a melody, and then follow that melody wherever it led and try to keep my own tastes and pre-judgements out of the picture. And that was a really good excercise.

SC: You must have some new original music as well.

MS: I do, and doing Yeats has given me three or four years to build up a repertoire of new originals, which I’ll select from for the next Waterboys album, which might get made next year.

SC: One of the reviews I read made a passing reference to you as a “Yeats archivist” and I was wondering if they were speaking figuratively or if you’d actually been doing that in a scholarly capacity.

MS:Â No, I haven’t. I like archiving. When I was a kid I used to be fascinated by soccer teams and which players played the most and had the most appearances and goals, so I’ve got that kind of mind. I’m the same with rock ‘n’ roll. I could tell you where the Beatles were every day of their career. But with Yeats, no.

SC: Do you still have that fascination with soccer teams?

MS: [laughs] No, music took over when I was about nine years old.

SC: Are there any other bands do you have that kind of encyclopediac knowledge of?

MS: Maybe the Rolling Stones for a certain period. I’m fascinated by the sixties, and I’m old enough to remember the sixties.Â I was a kid growing up. And I remember the music and the spirit of the times. And I still find it the most fascinating period.

SC: Where is the really interesting music coming from these days?

MS:Â Well, there’s no single movement. Back in the sixties everybody listened to the same music, and now good stuff can come from any direction. I like Shovels and Rope, they’re brilliant. And I like Fleet Foxes, Midlake,Â Joanna Newsom, they’re all favourites.Â Laura Marling, she’s a great English singer/songwriter.

One response to “The Waterboys’ Mike Scott”