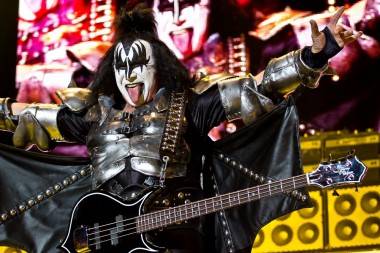 KISS at the Abbotsford Entertainment and Sports Centre, June 27 2011

Perhaps it’s the age bracket, but for some of us, KISS is not just a couple of 60-year-old men playing 40-year-old songs as an excuse to hawk various cheap trinkets bearing their logo and image.

Yes, there are still those of us around who grew up with KISS as a band, not a brand, and to many their early canon is beyond reproach. Even now I beseech you to name a better live album than Alive! You can’t. It simply doesn’t exist. However, I’m not nostalgic enough, nor naÃ¯ve enough to ignore that in 2011, it’s no stretch to say KISS has well overstayed their welcome. 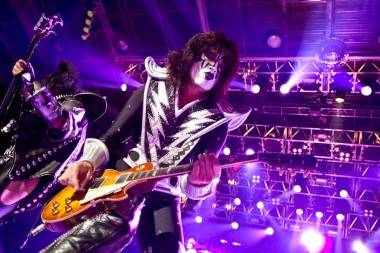 Nonetheless – even the cynical old bastard in me cannot completely suppress a jackass grin when the lights go down and I hear The Voice: “AWWWWWRIGHT ABBOTSFORD! YOU WANTED THE BEST AND YOU GOT THE BEST! THE HOTTEST BAND IN THE WORLD: KEEEUSSSSSSS!!!!”

Kicking off proceedings with “Modern Day Delilah” from their 2009 album Sonic Boom, the old men used the opener as a chance to preen and work the shooters in the photo pit – presumably because nobody particularly cares how bad they might possibly botch the new song amidst all the posing. 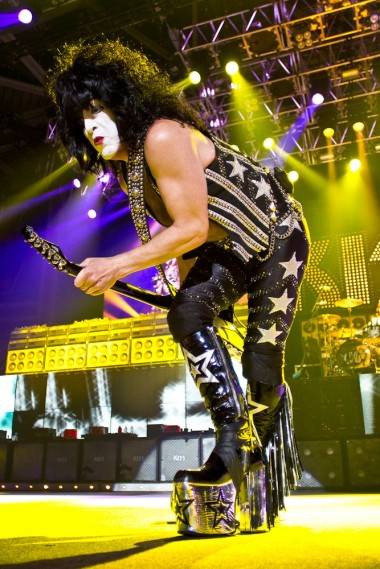 With the new fluff out of the way, they dive right into “Cold Gin” and finally Abbotsford roars its approval – the crowd knows this one. Save for one other new song early on in the set, the entire rest of the setlist is bona-fide KISS classics – not a single B-side to be found here.

The Abbotsford show was everything you’d expect a KISS concert to be: the big production, the fire, the smoke bombs and the blood. I’m guessing if I’d stuck around for the encore, I’d have gotten confetti and a levitating drum riser, too.

We even got a bit of a Spinal Tap moment at the conclusion of Eric Singer’s drum solo, as he brandished a rocket launcher and fired upon a prop lighting rig, sending it tumbling to the ground. Too bad he had the weapon turned around and shot the loaded firework backwards. Thankfully nothing caught fire (that wasn’t meant to) and on went the show. 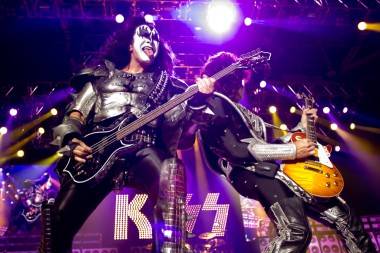 Even with all the gimmicks, a KISS show is still all about the songs, and for the most part, the setlist was rock solid, spanning the ‘70s heyday with a toe-dip into early ‘80s territory too. For the most part, the songs were even played note-for-note from the albums, though a lot of the time the sound in Abbotsford’s shed left a lot to be desired.

I decided to beat traffic and split the scene halfway thru “Black Diamond”, before the encore, because to me, that’s the song a KISS show should end on. I really had no desire to hear “Rock and Roll All Nite” again. 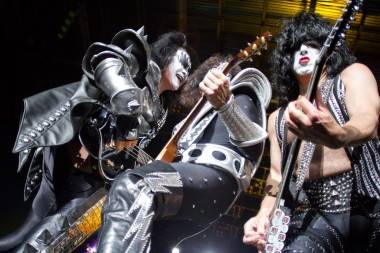 One response to “Concert review and photos – KISS in Abbotsford”