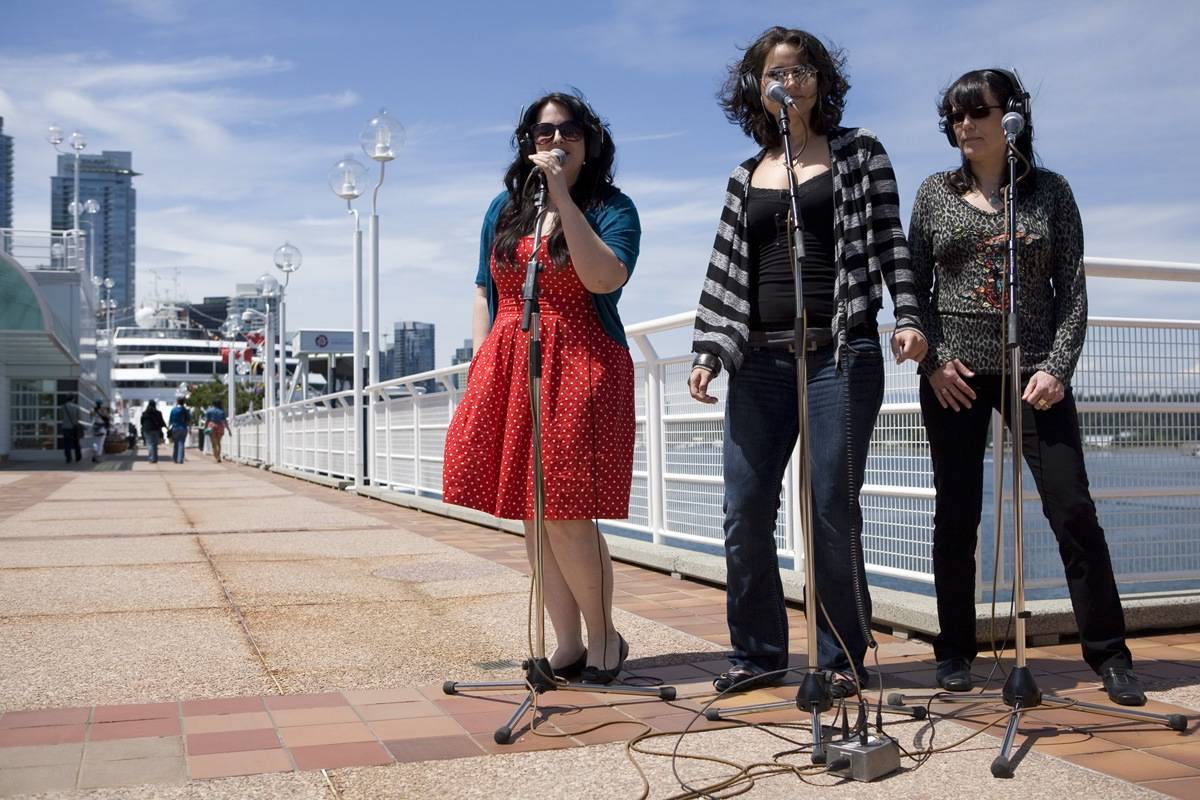 A who’s-who of Vancouver’s music scene arrived in full force at Venue on Wednesday night to support the Music Saves Project.

For the second year in a row, local radio station Shore FM pooled together some of B.C.’s most highly-acclaimed musicians, filmmakers and musical directors to produce an inspiring music video that draws attention to the incredible use of music therapy amongst disabled individuals throughout the province. Proceeds from the event will go directly to VAMS (Vancouver Adapted Music Society) and the Canadian Music Therapy Trust Fund, organizations that provide rehabilitative services, performance spaces and modified recording technologies for physically and mentally challenged musicians.

New and old friends mingled throughout the night over light drinks and hors d’oeuvres. Guests also had the chance to make a contribution to the Music Saves initiative through a silent auction. Coveted items like bungee jumping sessions, Tom Lee gift cards, and tickets to the Vancouver Symphony Orchestra were up for grabs. I happened to spot maestro Dal Richards place a bid for a chance to host his own hour-long radio show, and country-rocker Dustin Bentall leaping across the room towards the Canucks tickets station.  It was wonderful seeing everyone in a compassionate and charitable mood. 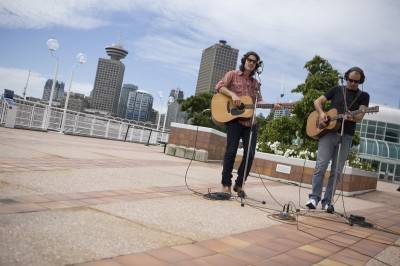 The night moved forward with a screening of last year’s Music Saves video (a cover of Bob Marley’s “Everything’s Gonna Be Alright”) and some behind-the-scenes footage from this year’s collaboration. Director Brian Adler spoke about the diverse talent that we would soon be seeing on the big screen. He thanked Craig Northey in particular for his sound-recording expertise.

After an hour of build-up, the video was finally screened, and it did not disappoint. This year, the producers decided to cover Traffic’s “Feelin’ Alright”.  The long list of artists that lent their talents to the project included Rolf Kempf, Jim Byrnes, Kristina Shelden, Dan Mangan, John Mann, The Odds, Kuba Oms, Adaline, Dustin and Barney Bentall, Dan Moxon of Bend Sinister, Terry Townson, Steve Hilliam, C.R. Avery and Wendy Bird. Each musician added their own spin to the catchy ’60s classic. The diverse range of artists delivered laid-back performances against Vancouver’s gorgeous cityscape, making for a very hip and fun music video. Hat’s off to Northey for his impeccable mixing and Adler for the high-def images. 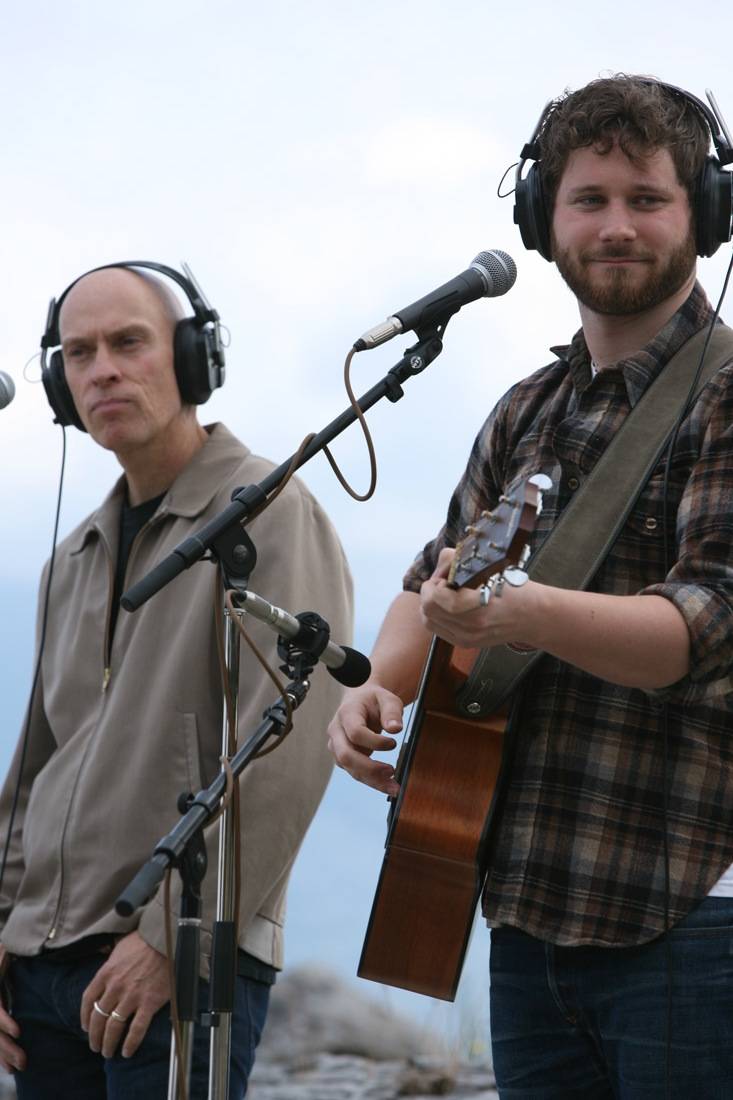 After a much-deserved round of applause, the stars of the video took to the stage, treating their friends and family to some live music. VAMS featured artists Jeff Standfield and Dave Symington warmed up the audience with a couple of country-blues originals, which were followed by a blast of brass-filled rock numbers from The Odds, Craig Northey and Dan Moxon. Northey jokingly described the legion of musicians on stage as “The Doobie Brothers, but with two basses.” Moxon delivered a jaw-dropping performance of Bend Sinister’s “Things Will Get Better” before making room for Rolf Kempf, who blazed through two down ’n’ dirty gospel-sounding tunes, including “I Need a Little Sweetness in My Life”. 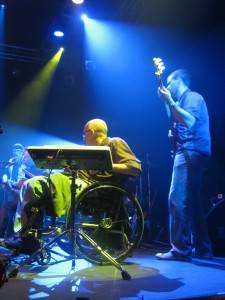 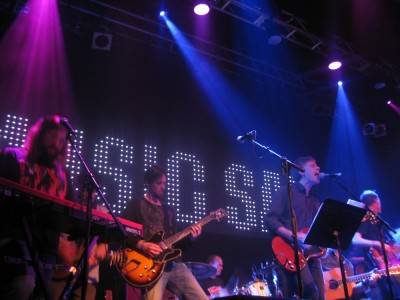 The adorable Kristina Shelden popped on stage to cover Alanis Morissette’s “You Learn”, but unfortunately fell flat on most of her notes. She was immediately outshone by Dustin Bentall, a fetching persona who got a little dance party going with his hit “3000 Miles”.  After waiting in the wings, up-and-comer Adaline finally came on stage to play the bluesy “Whiter Straighter”, stealing the show with her plush and sultry voice. Unsurprisingly, she was rejoined by all the artists (pretty much half the party was on-stage at this point) for a live performance of “Feelin’ Alright”. I skipped home with the chorus replaying in my head, feeling pretty damn amazing myself.