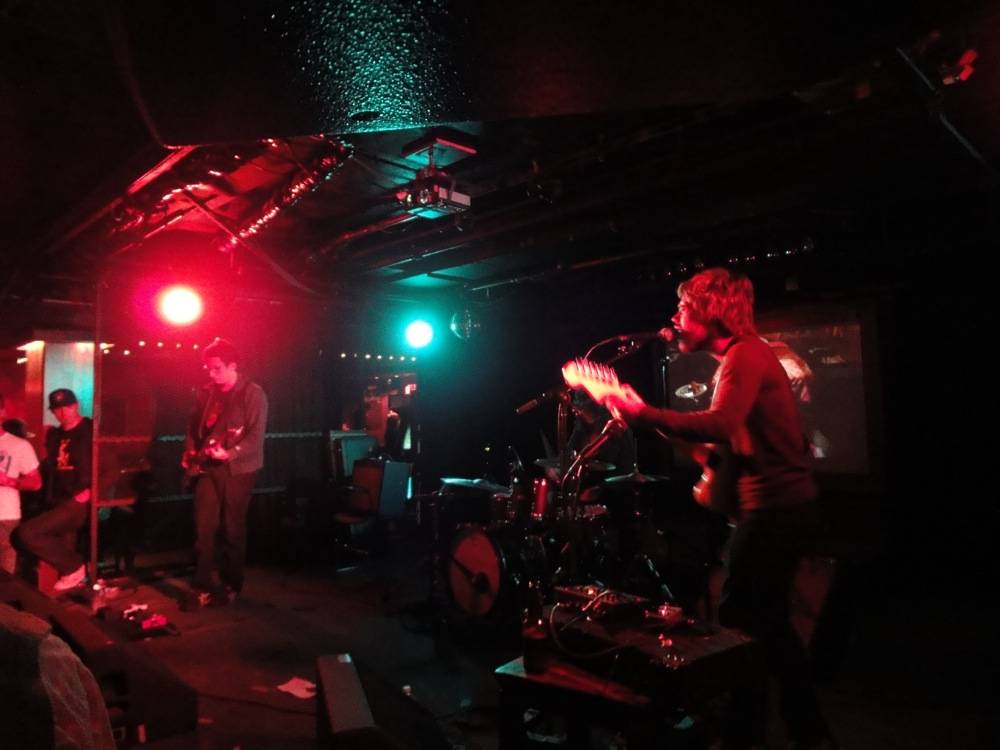 On any other Friday night, the live music and $3.50 PBR specials at the Biltmore Cabaret would have hundreds of alternative types rushing through its doors. Unfortunately for Avi Buffalo, most people opted to venture downtown instead for the countless Halloween parties throughout the city. Yet the band made the most out of the evening, playing their hearts out for the intimate crowd.

The Long Beach outfit first met in the sixth grade, believe it or not. At the time, vocalist and guitar player Avigdor Zahner-Isenberg was an avid skateboarder who shifted his attention to music after a hip injury. He bonded with schoolmate Sheridan Riley (the band’s drummer) over their love of Led Zeppelin and Jimi Hendrix and, in 2006, formed Avi Buffalo with bassist Arin Fazio.

Fazio was absent from the Vancouver appearance, leading to a noticeable void in their sound; apparently, he didn’t have a passport and was held back in Bellingham. Keyboardist Rebecca Coleman had also been replaced for the evening with a rhythm guitar player to assist Zahner-Isenberg with his impulsive guitar licks. After wading in the indie music scene since puberty, the group finally made a splash this year with their self-titled LP under Sub Pop records.

Avi Buffalo evoked a vintage rock vibe with heavy tracks like “We Can’t Try This Again”Â and “Margo”. The country-blues songs brought out the old souls in the 21-year-old band members. Zahner-Isenberg looked like a veteran on stage, rocking back and forth in his cross-trainers on “Summer Cum”Â, a surprisingly dreamy and romantic composition, considering its salacious title.  Even on this solo number, he managed to create a barrage of sound by layering heightened and distorted notes from his guitar with a compact effects box.

With his pinched voice (think along the lines of Ryan Sambol of Strange Boys), experimental techniques, and rambunctious presence, Zahner-Isenberg was the immediate focal point on stage. I was simultaneously impressed and horrified watching him uncontrollably quiver and drool over his microphone during the bridge of “Remember Last Time”Â. His brazen performance could have easily been mistaken for anaphylactic shock. But it is precisely this plucky and quirky approach that sets the band apart from all the DIY groups popping up across North America.

Their set lasted about as long as an episode of the short-lived series Wonderfalls (the DVD randomly served as the stage’s backdrop). Costumed fans stuck around long enough to hear the catchy “What’s In It For”Â, a tune that’s earned Avi Buffalo comparisons to The Shins. The audience’s enthusiastic (i.e. drunken) singing earned them fist bumps from the band and a promise to return to the city in the future.