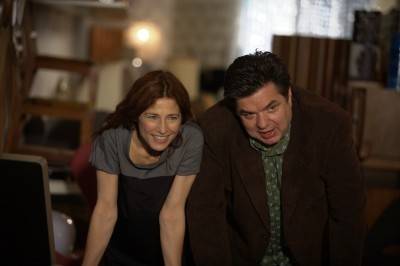 Holofcener previously delved into the ways in which money, ethics and relationships intersect in her 2006 film Friends with Money, also starring Catherine Keener. She explores those general themes again in Please Give, but here the emphasis in squarely on the currency of relationships, with material concerns playing a secondary role.Â  As the title of the movie suggests, we all want certain things from the people in our lives, but unfortunately others are often unwilling or unable to give us those things, mostly because they are too busy struggling with their own issues. 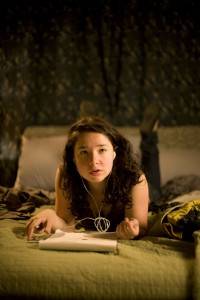 It’s at this dinner party Holofcener’s satire is at its most pointed. Abby shows up at the dining table wearing a pair of underwear on her head in order to hide a giant pimple on her nose, and we’re taken back to the self-consciousness of adolescence. Mary drunkenly insists on discussing Kate and Alex’s remodelling plans right in front of her might-as-well-already-be-dead grandmother, forcing the couple to play by adult social rules and indulge her, despite how inappropriate the conversation happens to be. Indeed, in this moment, we are suddenly all too aware that the old lady is really old and that most of us are going to get frail and annoying and possibly die in a chair one day, and likely someone like Kate will try to sell that very chair (well, if it’s an Eames and not an IKEA knockoff) Â to some yuppie for an outrageous amount of cash, but aren’t some things better left unsaid? 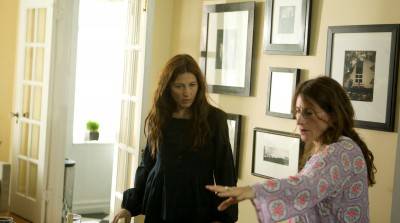