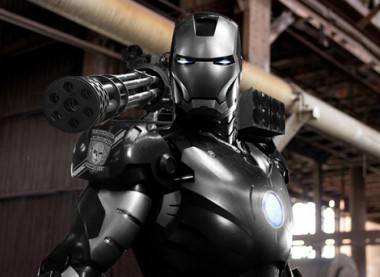 With Iron Man exceeding everyone’s expectations – a superhero film that was enjoyable on multiple levels, for both men and women (or should I say, boys and girls), with humour, action, even romantic chemistry – Iron Man 2 comes loaded with baggage.

Fortunately, much of the original team is on hand to make sure things don’t get too formulaic even as the film can’t help but drown in formula. Director Jon Favreau, screenwriter Justin Theroux, actors Robert Downey Jr. and Gwyneth Paltrow manage, barely, to ensure the superheroics are grounded with occasional human interactions that vaguely resemble something that might happen here on Earth.

Smartly, they’ve brought in comedian Gary Shandling (as a senator on the hunt for the Iron Man “weapon”) and everyone’s favourite (outside of Steve Zahn) underrated actor Sam Rockwell (as a bad guy). Astutely, they’ve also brought in box-office draws and office-cooler topics Scarlett Johansson (how does she fit into that costume?!) and Mickey Rourke (please, make it stop). 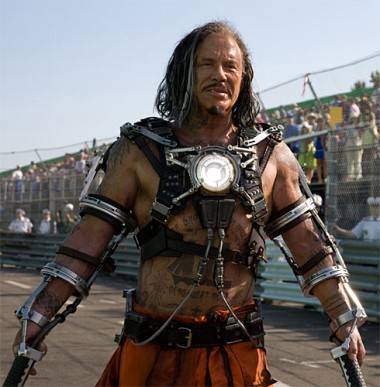 However, the overstuffed Iron Man 2 just has too much going on. Just like with the Iron Man armour, you wonder how it can be so nimble and ready-to-wear; the short answer is, it can’t. Eventually, the movie’s initial weightlessness and zing bogs down into multiple story-lines, some of passing interest (Rockwell makes every one of his scenes sing), others simply expository.

There’s still some fun stuff here, but the stakes are too high this time out for Iron Man 2 to achieve the fleet-footedness of the first one. Still, this summer will offer far worse ways to waste a couple of hours in a movie theatre.