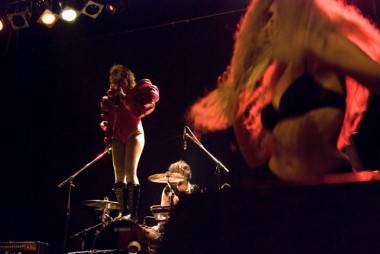 According to a Wikipedia entry on her, she lists John Waters, Cindy Sherman, Paul McCarthy and the films Tron, Grease, Liquid Sky and Phantom of the Paradise as inspiration for the visuals in her live shows.