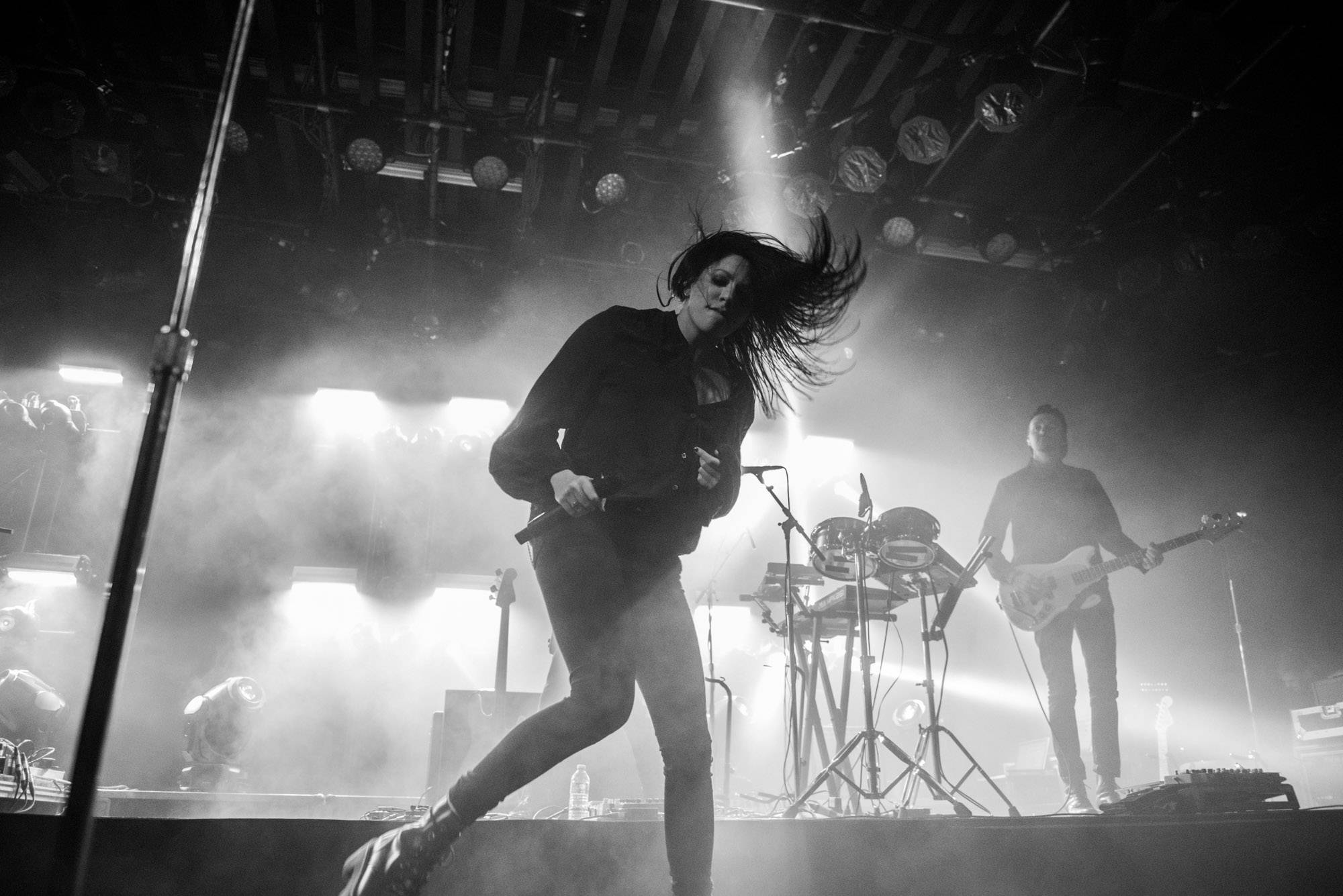 K. Flay at the Commodore Ballroom, Vancouver on Sunday night.

The singer (born Kristine Meredith Flaherty in 1985) is on tour for her 2017 album, Every Where is Some Where. She is originally from Wilmette, Illinois.

In 2016, she signed with Interscope Records. She was the first artist signed to Dan Reynolds‘ Night Street Records imprint. At the 60th Annual Grammy Awards, she was nominated for two awards. They were Best Engineered Album, Non-Classical (for Every Where Is Some Where), and Best Rock Song (for “Blood in the Cut“).