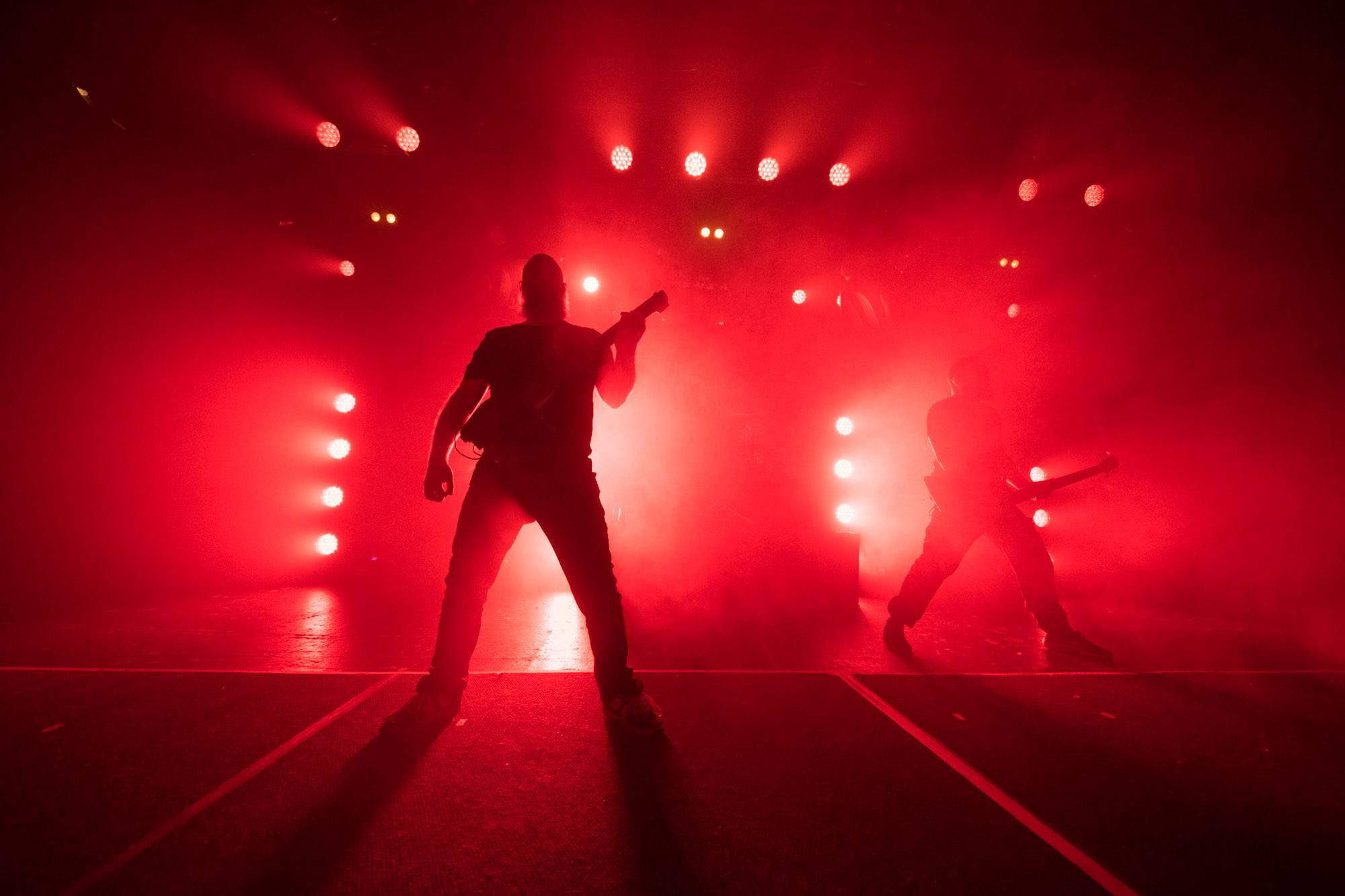 The Swedish heavy metal band formed in 1987. Meshuggah’s line-up consists of founding members vocalist Jens Kidman and lead guitarist Fredrik Thordendal, drummer Tomas Haake, who joined in 1990, rhythm guitarist MÃ¥rten HagstrÃ¶m, who joined in 1993.  Bassist Dick LÃ¶vgren joined in 2004. On June 2, 2017, Meshuggah announced that Thordendal would take a leave from touring. His replacement is Per Nilsson from Scar Symmetry.