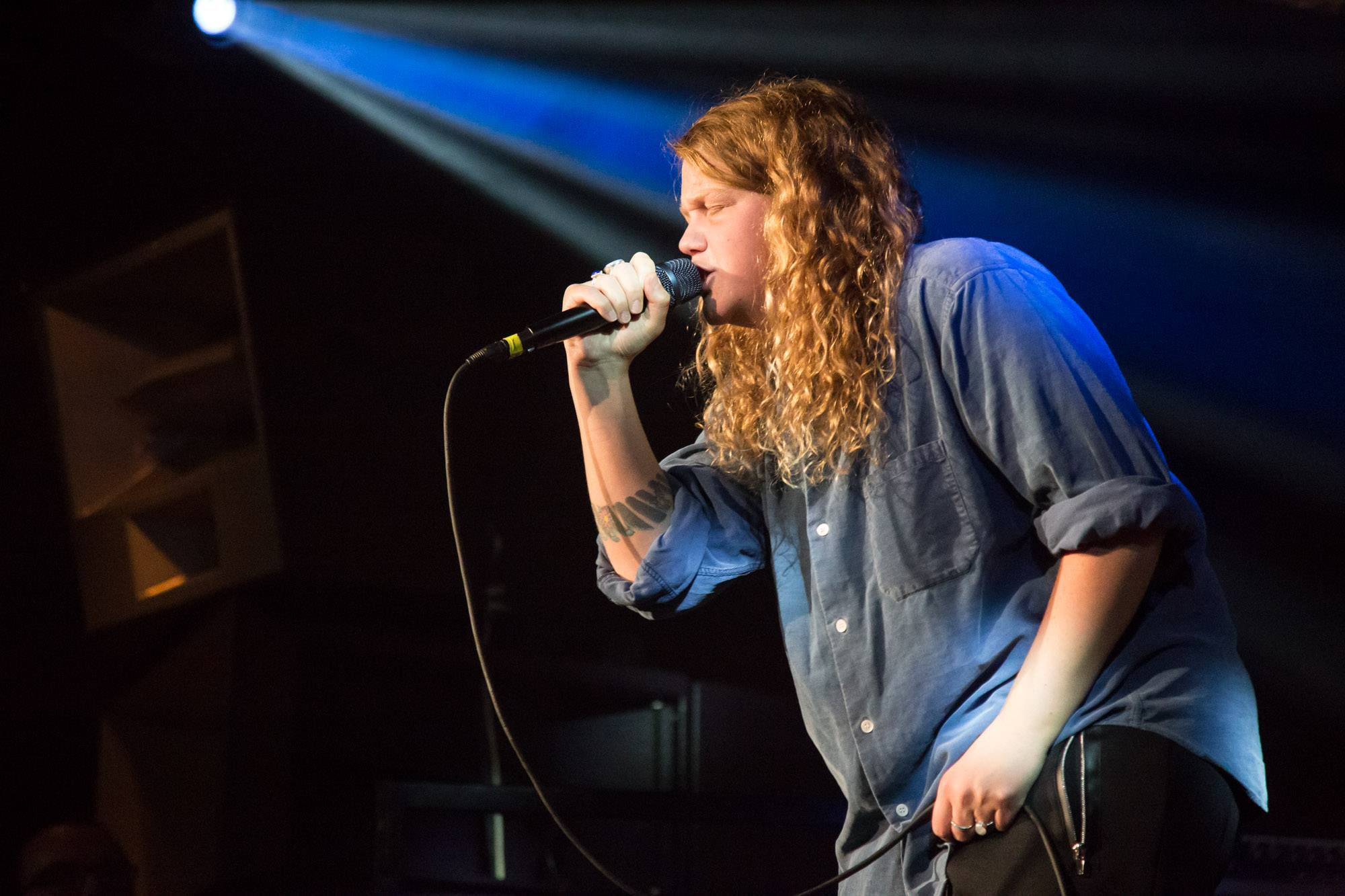 Kate Tempest on tour at Fortune Sound Club in Vancouver. Tempest is on tour for her second album, Let Them Eat Chaos. Tempest performed the complete album with a three-piece band to a packed house. She did not do an encore. Vancouver band Gang Signs opened.

The 31-year-old Tempest (b. Kate Esther Calvert) began performing at open mics when she was 16. Her first poetry book was Everything Speaks in its Own Way, followed by her first work of theatre, Wasted. At 26, she launched Brand New Ancients. In 2013 she won the Ted Hughes Award for her the theatrical spoken-word piece. The next year, she released her debut album Everybody Down (Big Dada). Dan Carey produced the record , which was nominated for the 2014 Mercury Prize.

She released Let Them Eat Chaos in October 2016.