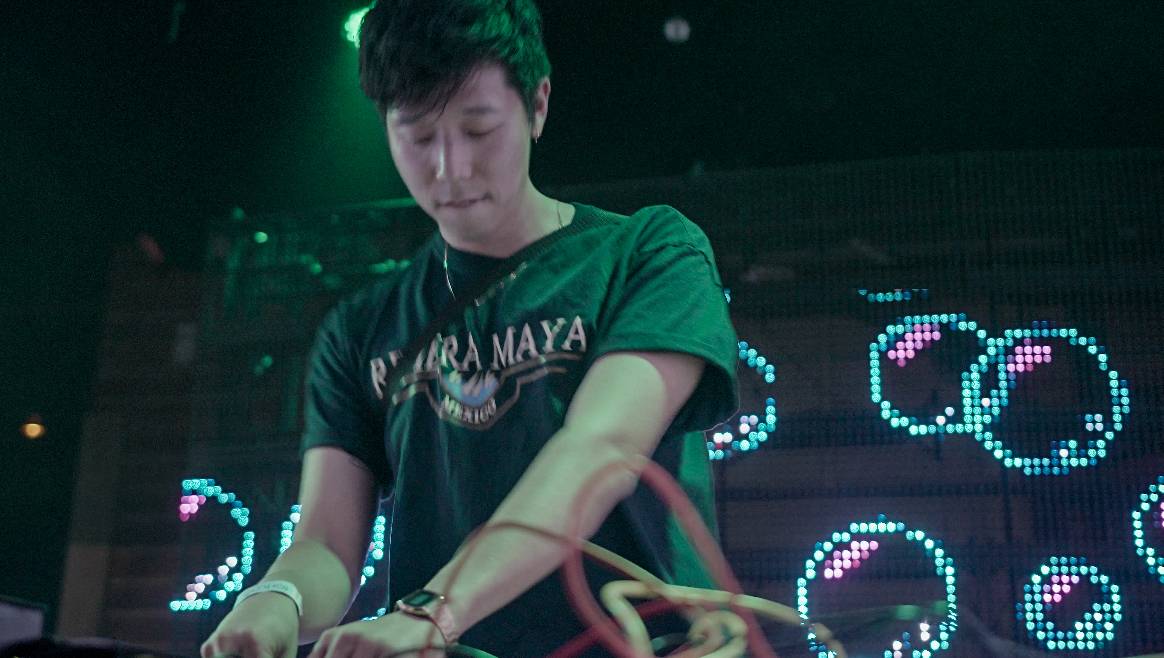 – photos and video by Sabine Kahwaji

Giraffage at Fortune Sound Club, Vancouver. The San Francisco producer/DJ is on tour to support his debut album, Too Real (Counter Records). The show is part of a 30-date North American tour that began Oct. 25 in Washington, DC. Longtime friends and collaborations Sweater Beats and Wingtip also performed.

According to a media release, Too Real “is lined with his unique blend of kaleidoscopic beats, dreamy synth-pop and R & B melodies…” It features guests Japanese Breakfast, Body Language‘s Angelica Bess and more.

Giraffage created the album over two years and recorded it entirely in his bedroom. The album chronicles the producer’s personal journey of self-healing. Each track represents a different period in his life. The album also represents the young producer’s trajectory of straying away from traditional Taiwanese customs in order to pursue music.

To mark the occasion of Giraffage’s Vancouver show, Sabine Kahwaji shot the super-cool video below, as well as the photos.