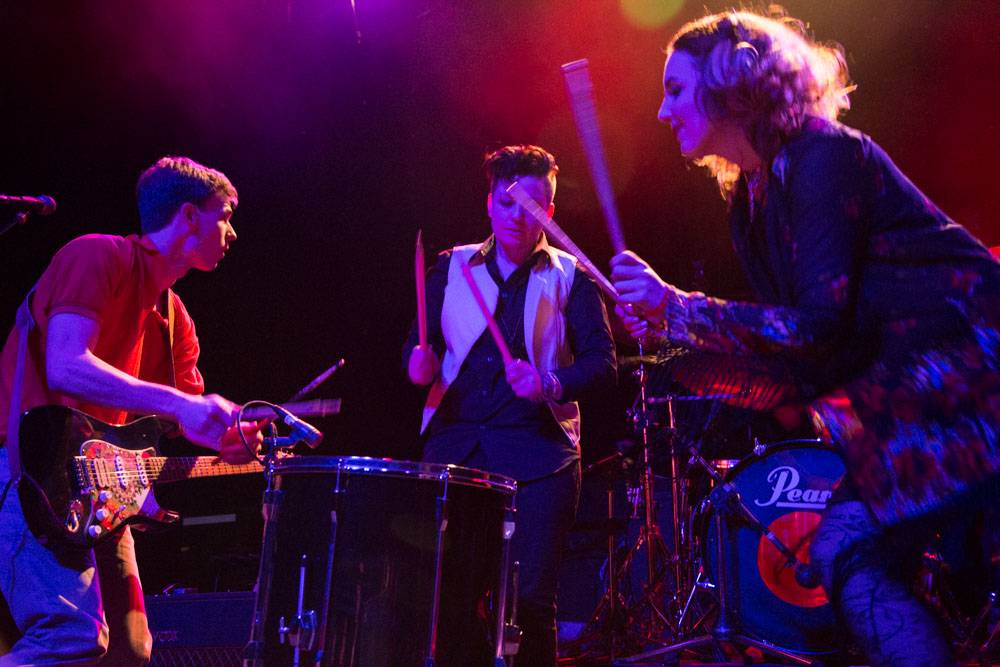 Photos – The Oh Wells at the Rickshaw Theatre, Vancouver, March 21 2014

The Oh Wells playing a release party for their latest EP, Roll with the Punches. It’s the group’s second EP, following Not That Girl From Transformers.

Roll with the Punches is the Vancouver-based band’s first release since being selected as one of B.C.’s top 20 bands 102.7 The PEAK Performance Project. For the recording, The Oh Wells teamed up with producer Paul Boechler at Vancouver’s Fader Mountain Sound Studios. According to the media release, 22-year-old frontwoman Jickling “writes about resilience and determination in the face of the uncertainty of young adulthood, and opens up about her personal journey overcoming the stigma of a bipolar diagnosis.”

The Oh Wells are planning a Canadian summer tour in support of the EP.

More photos of The Oh Wells at the Rickshaw Theatre: