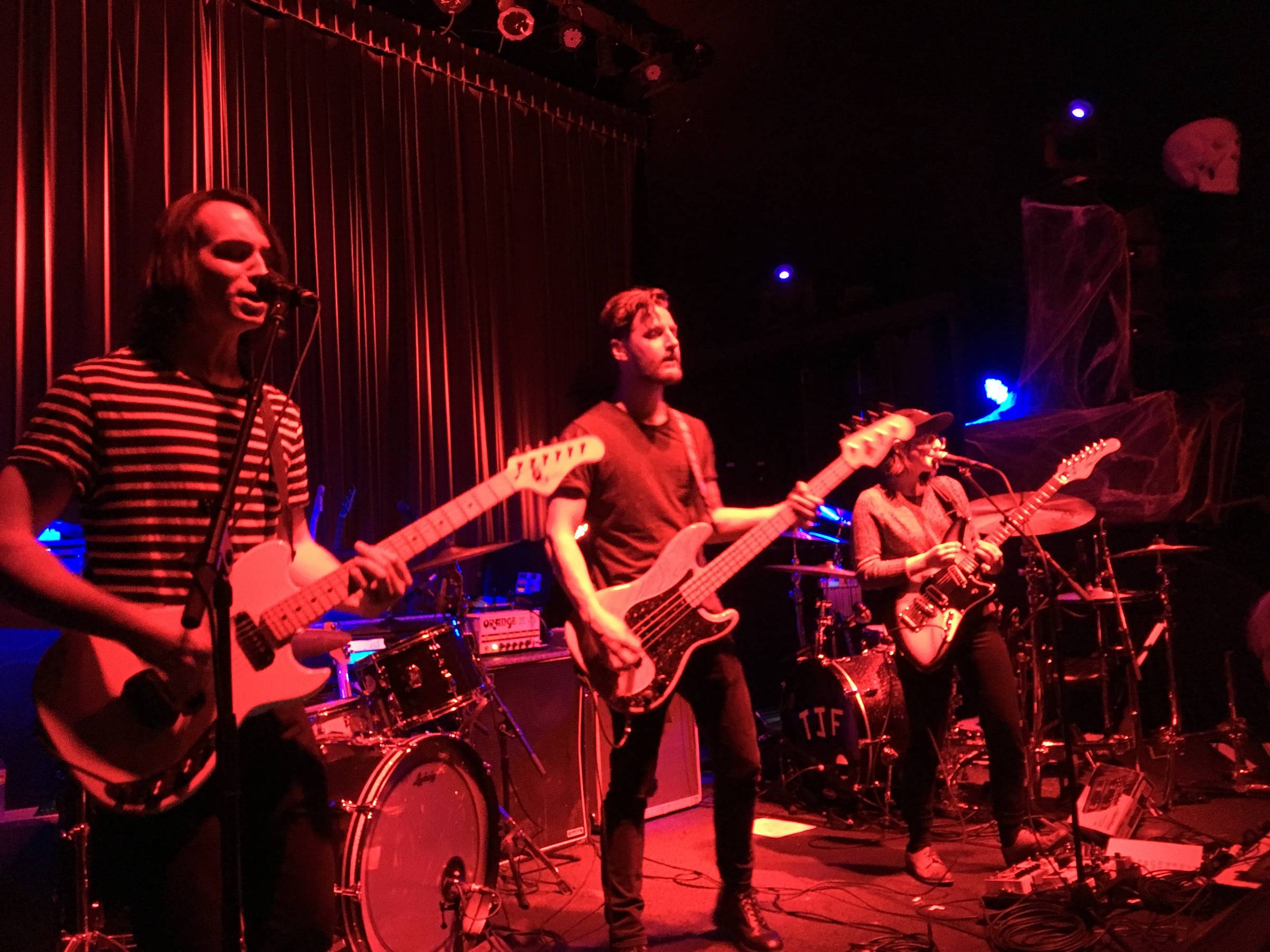 “I’m a miserable cunt. I don’t do Halloween.”

So said Rhiannon “Ritzy” Bryan, the singer/guitarist/frontwoman for Welsh trio The Joy Formidable.

Nevertheless, Rizy seemed pleased to have been plunked down in Vancouver just before Halloween. She probably could not have helped but notice the guy dressed as a giant screw standing in the front rows.

The band’s just-over-an-hour-long set got off to a flying start, and the energy was high. Soon though the set lost a little momentum as the group turned to mid-tempo and even some acoustic numbers.

Some highlights included “The Wrong Side”, a track off the band’s most recent album, Aaarth (stylized as “AAARTH” and apparently a variation on the Welsh word for “bear.” Ritzy introduced the song by pleading for understanding in these highly polarized times. Tracks from the group’s debut EP, 2008’s A Balloon Called Moaning, included “Ostrich” and, for an encore, the signature rocker “Whirring.”

Ritzy also mentioned that the last time the band had been in town had been in a much bigger venue (September, opening for the Foo Fighters at Rogers Arena). She said it was nice to be in a smaller (packed, btw) venue, where “I can see your eyes.”

Tancred opened the show with a set of ’90s-inspired indie-rock. The project of ex-Now, Now member Jess Abbott, the quartet played tracks from its third album, Nightstand, including “Queen of New York”. The album is the follow-up to Tancred’s acclaimed 2016 LP, Out of the Garden.