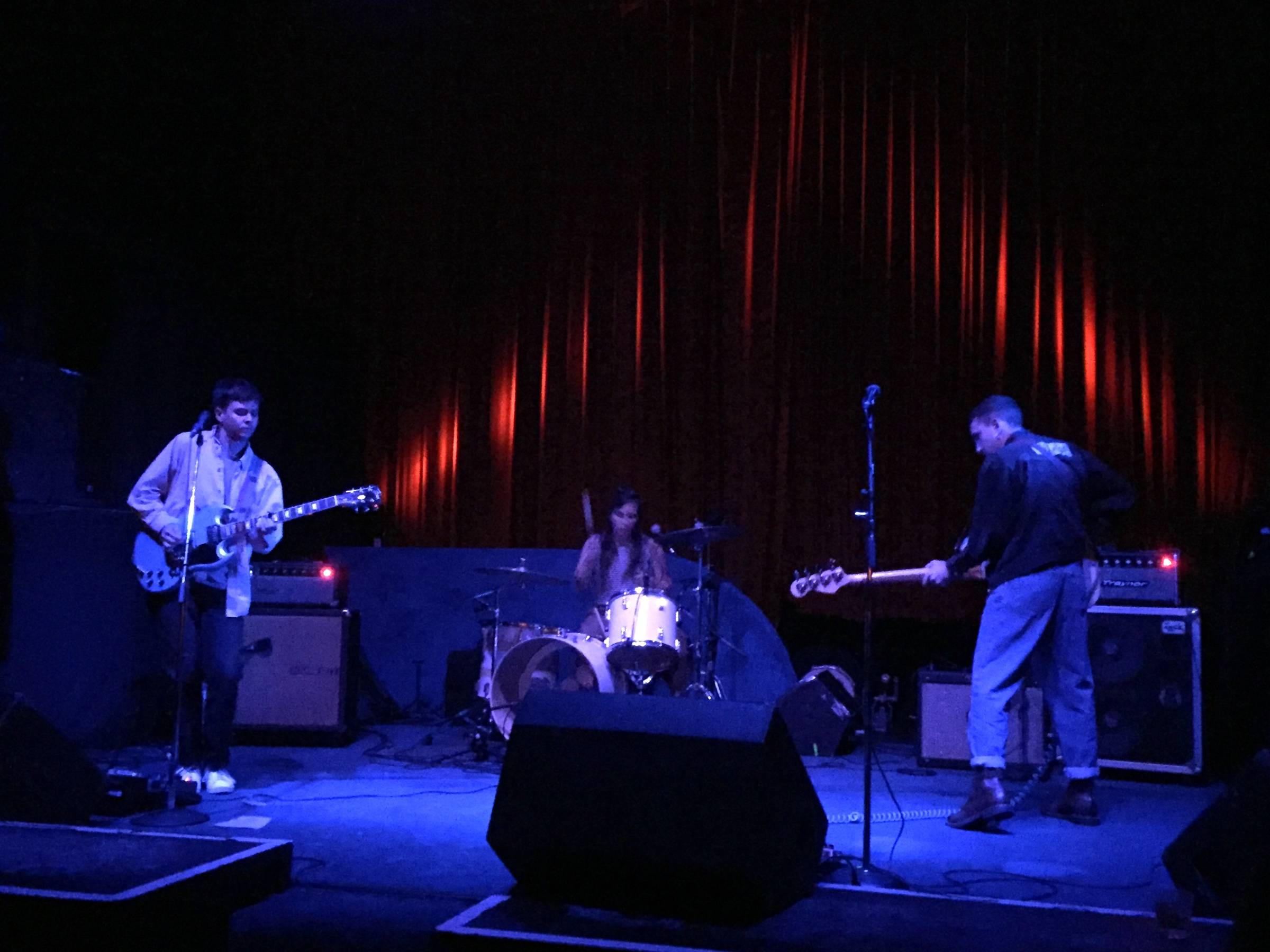 Washington, D.C.’s Flasher is a band still in its infancy, but already they’ve arrived at a sound beyond their years. Taking cues from a range of genres, namely, ‘70s post-punk, the band explores the possibilities of minimalistic depth. At the Fox Cabaret, the three-piece cruised through a 40-minute set and proved that complex music can be achieved through simple means.

Two Vancouver acts, Pudding and Champion Lawnmower, kicked off proceedings with alt-rock reverberations. Pudding set the tone by evoking HÃ¼sker DÃ¼ power chords and the occasional Sleater-Kinney-esque shriek. Championship Lawnmower had a rougher edge, and performed a set that favoured quick, brassy tunes. Some audience members showed their support for the local acts by singing along to a few songs. Even a couple members from Flasher, seen standing amongst the crowd, were nodding to the music and cheering after each number.

After the two openers wrapped up their sets, Flasher emerged from the pit and hopped onstage to begin their sound-check. “Thanks for coming out to see us tonight, and for paying 20 dollars–yeah, sorry about that. That wasn’t our decision,” guitarist Taylor Mulitz confessed. “Doesn’t it make you feel so fancy?” quipped bassist Daniel Saperstein. The band may have felt sheepish about how much was being charged for their show, but their powerhouse performance justified the price. To quote one concertgoer, “you guys are worth it!” 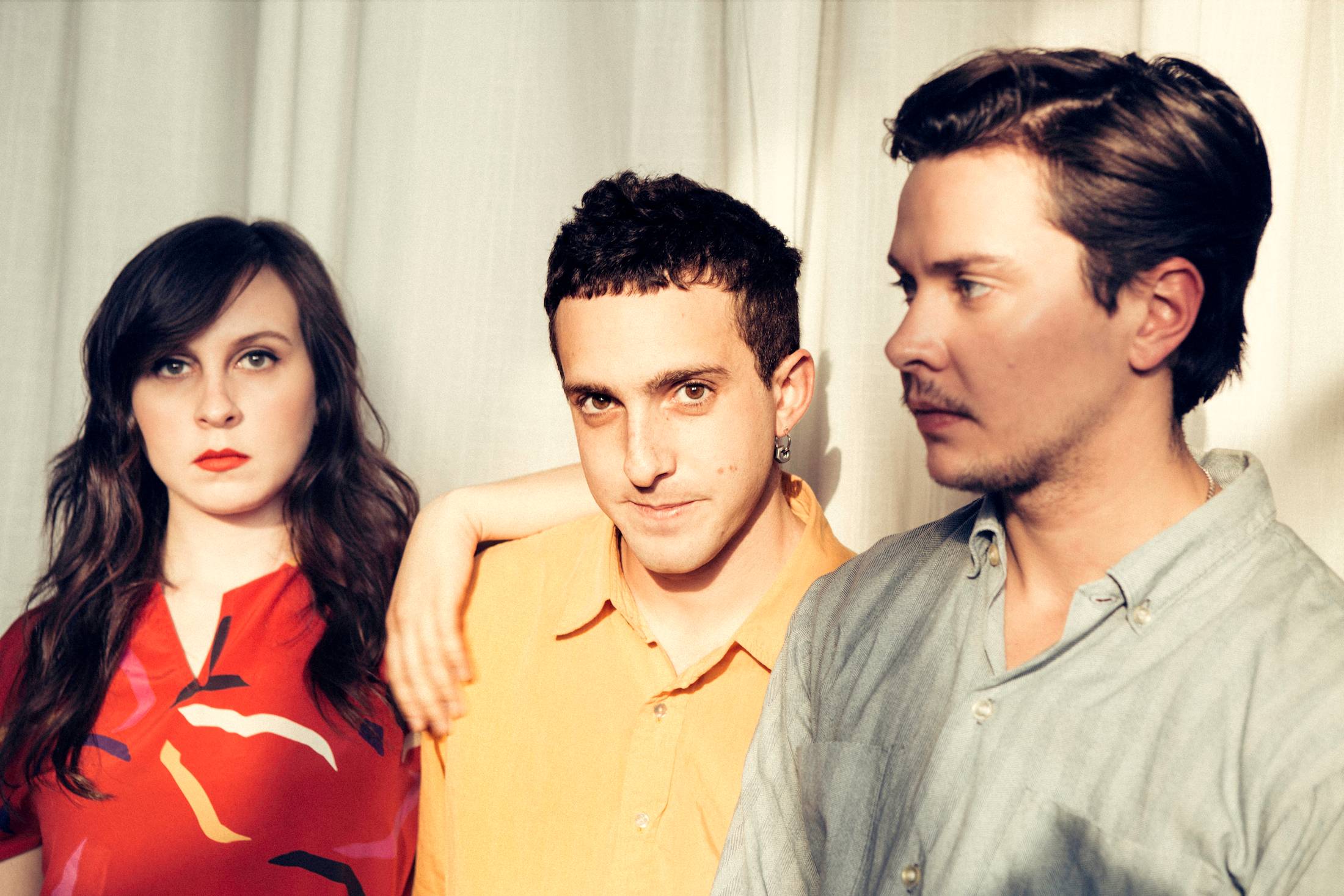 It’s possible that the 20-dollar ticket fee deterred some Vancouverites, because the show was criminally under-attended. The dance floor was so roomy that you could thrash around without knocking into someone else. For once, the venue was chilly rather than sweaty. Unconcerned with the low turnout, Saperstein encouraged the 30 or so people in attendance to move closer to the stage. Flasher then tore into the hook-driven “XYZ” from the band’s full-length, Constant Image. The tune prompted several heads in the audience to immediately move up and down.

Released last June, Constant Image is an impressive debut. New wave, alt-rock, and shoegaze are all obvious influences. But the music is still entrenched in the post-punk tradition. The album is a layered production with synth and keyboard accents, but onstage, the setup was minimal: guitar, bass, and drums. With only three instruments, the music sounded controlled and decisive. Drummer Emma Baker kept things moving at a persistent pace, while Mulitz’s guitar often chimed with urgency. Songs like “Pressure,” “Who’s Got Time?” and “Skim Milk” were tailor-made for a live setting and best captured the band’s frenetic energy.

Mulitz, Saperstein, and Baker all vocalized, both in harmony and in counterpoint. There is no clear front person, so when they sang in unison, no one sounded muffled. Much like the instrumentation, the vocals were never excessive but were always shifting. It’s a technique well-suited for the band’s lyrics of unease, i.e.: “Saving face or self-effacing/Keeping pace in a stasis.” It takes talent to keep an even balance between instruments, vocals and lyrics. With Flasher, this balance seemed effortless.

There was no encore, as the band had to make way for an “80s vs. 90s” dance party. Once the set ended, most people filed out of the Fox, indifferent to the event to follow. Flasher put on a top-notch show, and their fans seemed to know that whatever festivity followed that night wouldn’t be nearly as great.