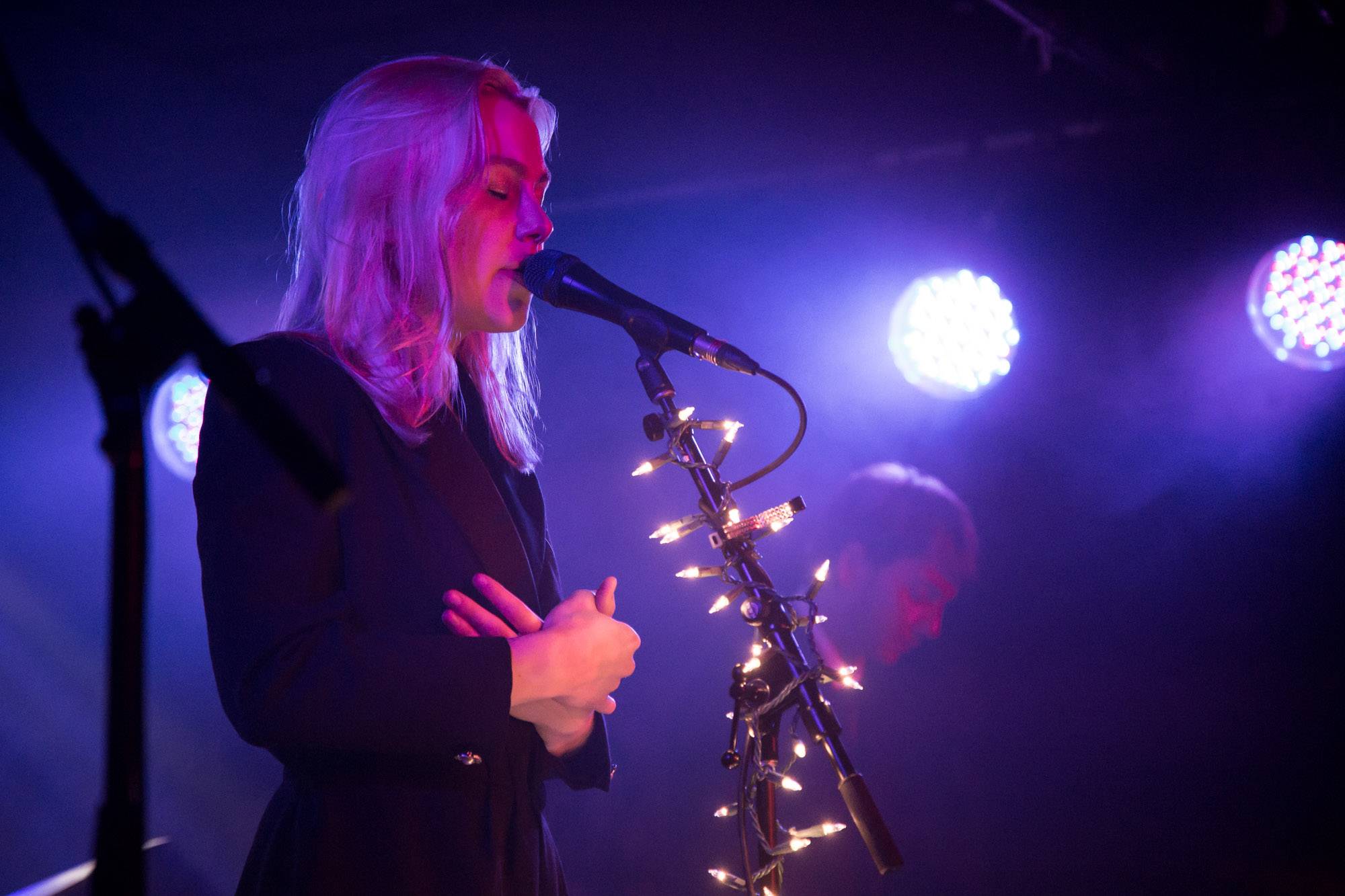 The L.A.-raised singer/songwriter was in town to support her 2017 debut, Stranger in the Alps. She played with a full band, starting out herself with an acoustic guitar (on “Smoke Signals”) before moving to electric.

The last time she was in town, Bridgers played the Imperial, opening for Noah Gundersen. This time she headlined, playing to a packed house, and included a special treat for Vancouver fans–a cover of local band Japandroids‘ “The House That Heaven Built.”

Video–Phoebe Bridgers, “The House That Heaven Built” (live at the Cobalt, Vancouver, April 24 2018)

For some in the room, the night was extra bittersweet, on top of Bridgers’ melancholy songs. As of this Friday, the bar will stop hosting live shows. On Tuesday, it’s scheduled to close; most likely permanently, according to one source.

Photos–Phoebe Bridgers at the Imperial, Vancouver, 2017

Bridgers released her major label debut 7″ Killer on Ryan Adams‘ record label, PAX AM. She released her debut album Stranger in the Alps in 2017, to generally positive reviews. The social networking site Pebbal named it the best album of 2017.